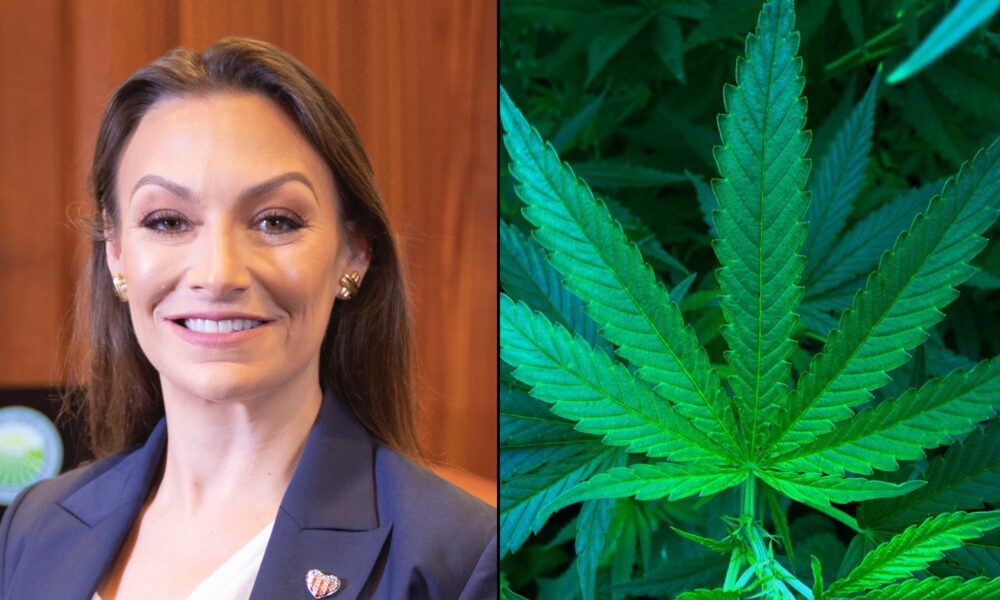 In a letter sent to DeSantis on Monday, Democratic Agriculture Commissioner Nikki Fried implored the governor to use his authority to put cannabis pardons on the agenda for the next State Board of Executive Clemency meeting on December 14.

“The criminalization of marijuana possession has led to unnecessary, long-lasting consequences for too many Floridians, limiting their access to employment, housing, and educational opportunities,” Fried wrote. “These effects are most pronounced in black and brown communities, where black and brown people are arrested and convicted at higher rates, even though their consumption is comparable to white Americans.”

This morning, I sent a letter to the Governor urging him to pardon simple marijuana possession offenses and add this issue to our Dec. 14th Clemency Board meeting agenda.

The criminalization of marijuana possession has led to unnecessary, long-lasting consequences for too many. pic.twitter.com/6L1pwDcpXJ

The commissioner, who campaigned on marijuana reform during her unsuccessful bid for the 2022 Democratic gubernatorial nomination, noted the overwhelming passage of a medical cannabis legalization initiative at the ballot in 2016, as well as recent polls showing ample support for adult-use legalization in the state.

“President Biden’s historic reforms are the culmination of a prevailing realization that the criminalization of marijuana possession is unfair, discriminatory, and unnecessary,” Fried wrote. “As Governor, you have the unique ability to unilaterally address the systemic wrongs perpetuated upon thousands of Floridians through your pardon power and steer the conversation towards more fruitful reforms.”

“Often, the right decision and the popular decision are not the same, however this is an opportunity to accomplish both,” the letter concludes. “I ask you to stand with President Biden and the people of Florida to right this wrong and pardon all prior state offenses of simple marijuana possession.”

Fried serves as a member of the clemency board, and she’s been especially outspoken about the urgency of facilitating relief in the state since the president issued the federal pardon proclamation last week.

While a number of governors around the county have already reacted to Biden’s request that they take cannabis clemency action on the state level, it doesn’t appear that DeSantis has weighed in yet.

Florida Sen. Shevrin Jones (D) is separately urging the governor to take steps to grant clemency to Floridians who’ve been criminalized over cannabis. The senator sent a letter to DeSantis on Friday, emphasizing that most marijuana cases are prosecuted at the state, rather than federal, level.

Today, I asked @GovRonDeSantis to join @POTUS in pardoning ppl who have been convicted of simple possession of marijuana on the state level. This move can lift the burden off of so many Black & Brown ppl who lives have hit a road block due to this stain on their record. pic.twitter.com/M1fveLppQy

“Today, many Floridians continue to struggle to find employment, obtain housing, or to further their education because of a past conviction for simple possession of a substance that is already decriminalized for approximately two out of five Floridians at the local level,” Jones said. “By extending a pardon to these individuals, you would enable them an opportunity to begin a new chapter of their lives without the burdens that come with a criminal conviction.”

At a press briefing on Monday, Fried expanded on her call to action and discussed her background advocating for cannabis reform.

“What we are seeing at the federal level is extraordinary—an extraordinary step forward in the name of justice for the victims of unjust sentencing, whose lives had been upended and even destroyed,” she said. “It is imperative that we do the same thing here in the state level.”

Meanwhile, at the same time that the commissioner is applauding the Biden administration for taking this step, she’s also in active litigation against the Justice Department over the federal ban on firearm purchases by state-registered medical cannabis patients.

There’s a hearing scheduled for that case on Wednesday. DOJ has faced criticism for making legal arguments defending the gun ban that characterize cannabis consumers as uniquely dangerous.

But now the Justice Department will be reexamining federal marijuana scheduling under a directive from the president. A spokesperson said that the review will be carried out expeditiously, in consultation with the U.S. Department of Health and Human Services (HHS).

If the agencies ultimately recommend that marijuana be descheduled, that would undermine a key component of DOJ’s argument justifying the firearms policy for medical cannabis patients.

Biden To Pardon All Prior Federal Offenses For Simple Marijuana Possession