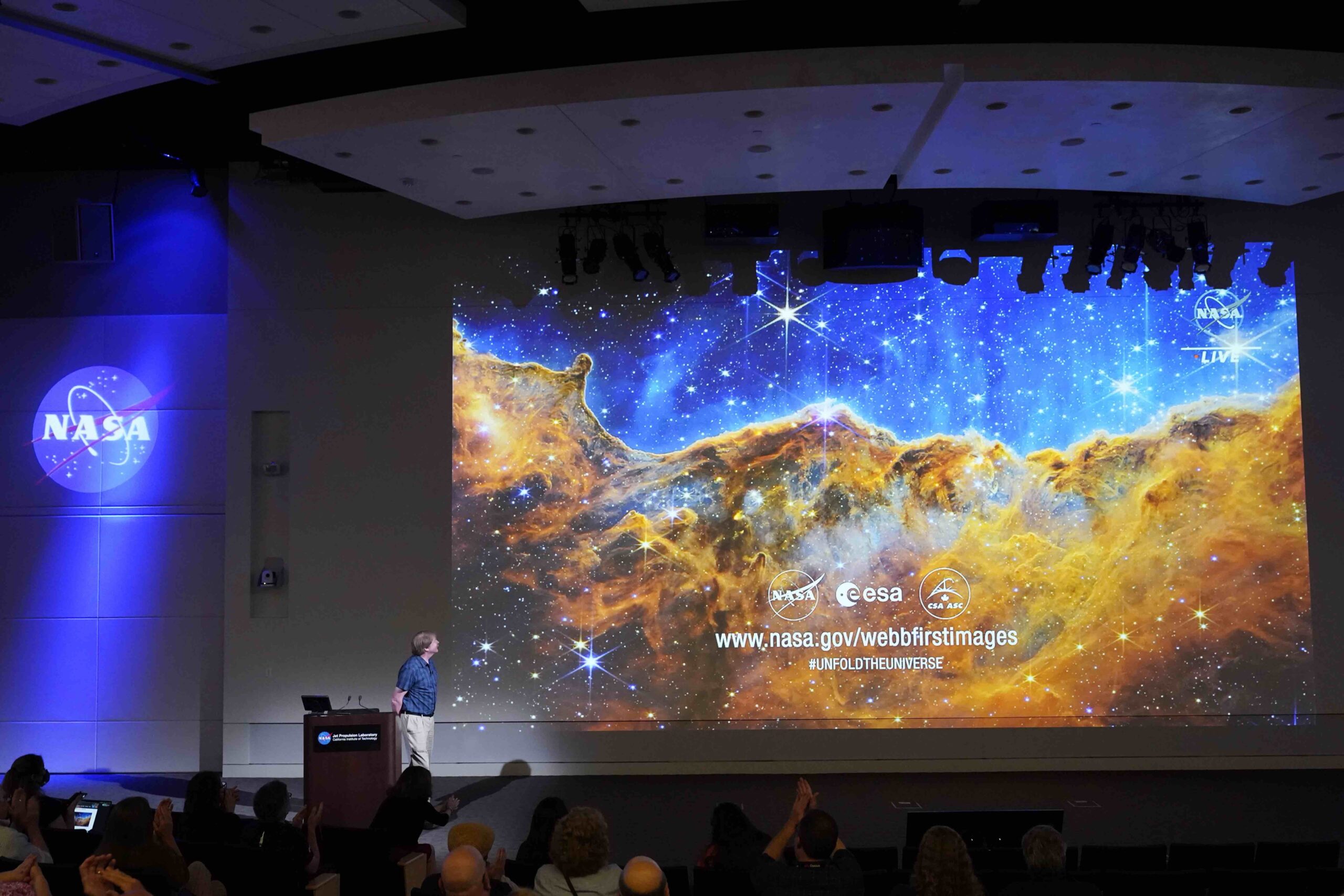 Some 30 years and $10 billion in the making, the Webb telescope takes us to corners of the galaxy never before seen by the human eye, to places, as one member of the team put it, “so far away that the light has taken many billions of years to get from those galaxies to our telescopes.”

Floating in space, one million miles from the Earth, the Webb Telescope can, effectively, see back in time. All the way to the Big Bang.

Wrap your mind around that, fellow stoners.

Reporters regret not getting high before press conference

And that’s just the backstory. The deep space photos sent back to Earth by the Webb will have you peering into the abyss for hours. If you’re in the right headspace.

These pictures aren’t blurry. They aren’t vague or unclear. In vivid color, spiraling, spinning, in bursts of orange and blue, these images, in the words of the New York Times’ Dennis Overbye, “penetrate the clouds of dust that encase the cosmic nurseries where stars are born, turning them into transparent bubbles that show the baby stars nesting inside.”

And thus, my friends, it should come as no surprise to you that at the same time the images began flooding our timelines and screens yesterday, a certain well-regarded plant began trending on Twitter. Hat-tip to journalist Erik Olsen for noting the confluence of events:

It’s true. Sagan was a stoner. Famously so. Dude even has a weed strain named after him.

Back in the late 1960s Sagan wrote an anonymous essay for the book Marihuana Reconsidered, in which he wrote the creative effects of cannabis and how it affected his work.

In that essay he recalled a series of insights that came to him while high:

“After about an hour of extremely hard work I found I had written eleven short essays on a wide range of social, political, philosophical, and human biological topics… From all external signs, such as public reactions and expert commentary, they seem to contain valid insights. I have used them in university commencement addresses, public lectures, and in my books.”

It’s a shame Sagan is no longer with us to enjoy the photos sent back by the Webb.

Because, truly, nothing can pair better with these stunning, breath-taking, utter mind-fucking images of our universe, than cannabis.

Looking to move into the right headspace to gaze philosophically into ancient light waves sent off by billions and billions of stars?

Allow us to pull from Leafly’s world-famous strain database to offer these suggestions:

More strains to stargaze by

Maybe you’re looking for something more literal. Obvious. Like a strain with the word space or star in the name. We got you.

The entourage effect: Does it really exist?

How does cannabis affect sleep and dreaming?