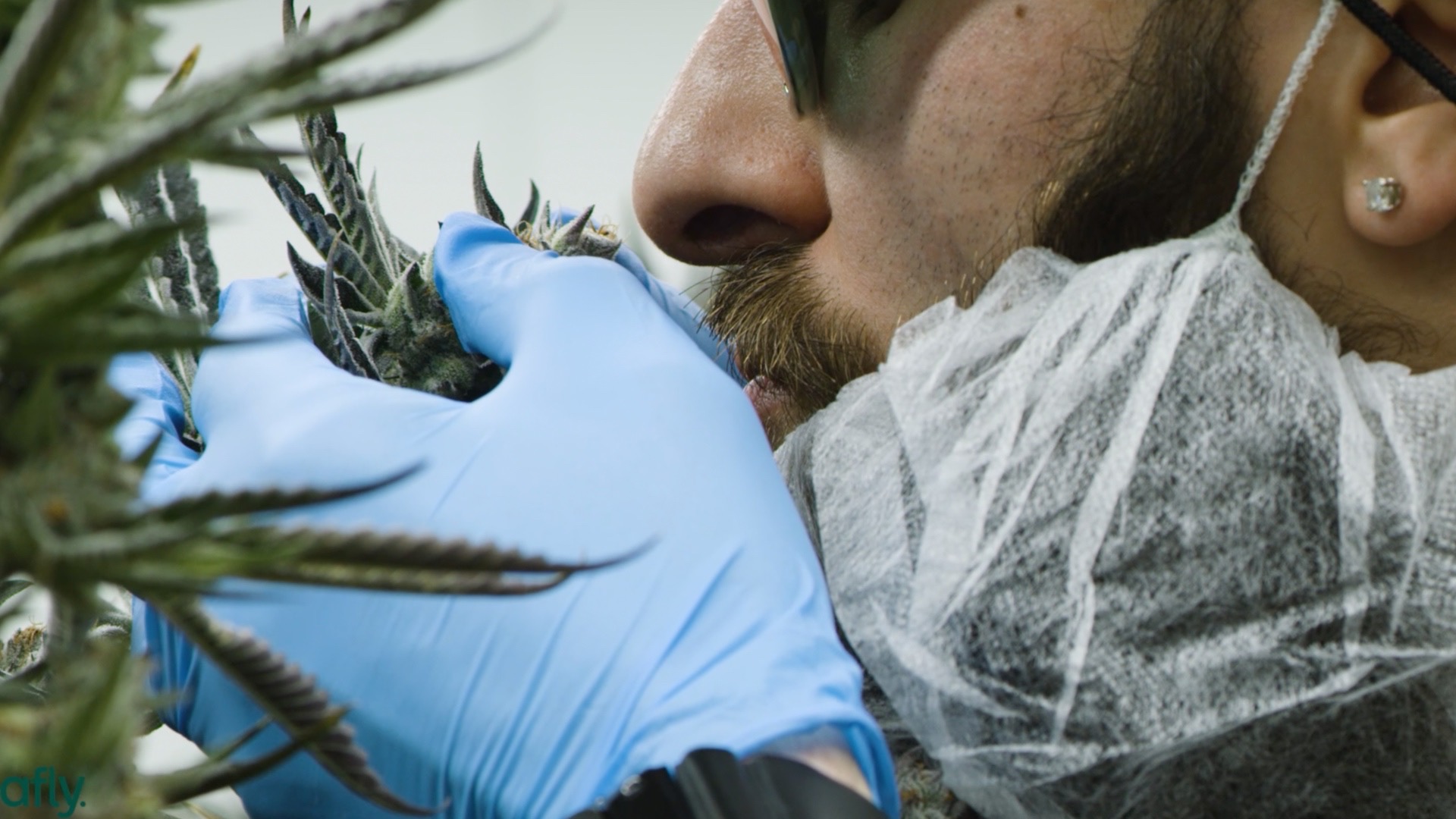 TerrAscend’s Nick D’Amelio is the head of cultivation for some of NJ’s most anticipated cannabis brands, including Cookies

Nick D’Amelio has been entrusted with baking up New Jersey’s only batch of the highly sought-after Cookies brand, along with premium flower for Kind Tree, Gage Growth, and many more.

As head cultivator for TerrAscend, which operates the Apothecarium dispensaries in Phillipsburg and Maplewood, Nick’s been preparing for NJ’s opening day of adult-use sales far longer than most stoners.

The New Jersey native was known as ‘NJ Gas Man’ before joining the legal industry at the state’s first dispensary in Montclair. After almost five years in the legal game, he is now the head grower for New Jersey, Maryland, and Pennsylvania.

Nick joined TerrAscend in 2019 and has helped the company transform an old farm in Boonton Township into one of the state’s premier grow operations. On the same land that once grew Christmas trees and pumpkins, NJ Gas Man is now nurturing The Garden State’s next big cash crop.

Leafly visited Nick at TerrAscend’s NJ grow ahead of the state’s opening day of sales tomorrow (April 21). Here’s what we learned about how one of The Garden State’s largest providers is preparing to serve medical and adult-use patients in some of the state’s busiest markets.

Preparing for day one of legal sales in New Jersey

D’Amelio: I think it’s gonna be dank, to be honest. We’re gonna have a ton of consumers that are coming out and trying our products, and everyone else’s products.

I think it’s gonna be extremely efficient for us. (We are) trying to get product out the door as fast as possible from the retail side of things. We never rush cultivation, but I think that it’s gonna be a real live market for us (on day one).

Like all the other states that kind of went rec right away, we’re gonna have a lot of people that are gonna wanna get product on the first day. I think as The Garden State, we get to set the standard with cultivation, but also to set ourselves apart from (states) who screwed up the first time they opened up recreational. We learned from those mistakes.

What we learned from serving medical patients first

Before weed was legalized for all adults, we served medical patients as an alternative treatment center (ATC). Some of those ATCs, including two of TerrAscend’s, were approved to expand to rec sales starting April 21, 2022.

It’s also quality over quantity for us. We can produce as much weed in the world, but doesn’t matter if it’s not ideal for patients. We’re looking to develop specific products, whether it’s 15%, or up to 35% THC, or 1% to 3% terpenes, we wanna provide the best medicine for patients and we want to continue that for consumers.

Medical has also taught me that the most important thing is just being true, transparent and honest about what we’re doing. And then just come out with fire and produce the best quality medicine or product that we can.

D’Amelio: For New Jersey, we want to make sure we provide the best quality medicine for the patients while still being able to produce high quality cannabinoids for the recreational market.

For the East Coast and anywhere else that we expand, we want to keep that quality over quantity. We want to give the best product that we can to everybody, whether it’s patients or consumers.

To make sure medical access is never interrupted, we’ll have separate lines and essentially separate allotments for the medical market. And if we run out of medical, we’ll pull from recreation. But we will not pull from medical to sell recreational. We will make sure the patients are always provided with medicine first.

D’Amelio: We are looking forward to working with Cookies brands to be the state’s exclusive supplier of their products. We are just waiting on approval from New Jersey’s Cannabis Regulatory Commission (CRC) to bring licensed Cookies products to the East Coast.

In 2021, TerrAscend partnered with Cookies to be the exclusive supplier of Cookies products in the New Jersey market. There is no licensed Cookies cannabis available in New York or Pennsylvania, so there should be a lot of demand for that when it becomes available. At the Gage Cannabis location in Michigan, people drive for hours to stuff their jars with Cookies. With our dispensaries less than 30 minutes from New York City and Philadelphia, it’s gonna be crazy.

Has the CRC’s licensing process been fair so far?

I think a lot of people that deserve licenses will have a chance to get them. And I think that the process is real complicated, like every other state. But the CRCs doing a great job in figuring out how to award these licenses.

D’Amelio: We’re the first major tri-state to legalize cannabis. So I think that Pennsylvania and New York, all these other states that come and visit already are gonna be able to run into a dispensary and get what they want, then go back home, or stay at a hotel (and enjoy).

But I think the biggest thing that makes us unique is being The Garden State, and having so many people here, I think we’re going to be the East Coast California. I think we’re gonna have one of the best markets and some of the best quality products out there. And I think that New Jersey is gonna be on the map for cannabis, just like California and Canada.

Are you too high? A promising new ‘comedown drug’ may be on the way