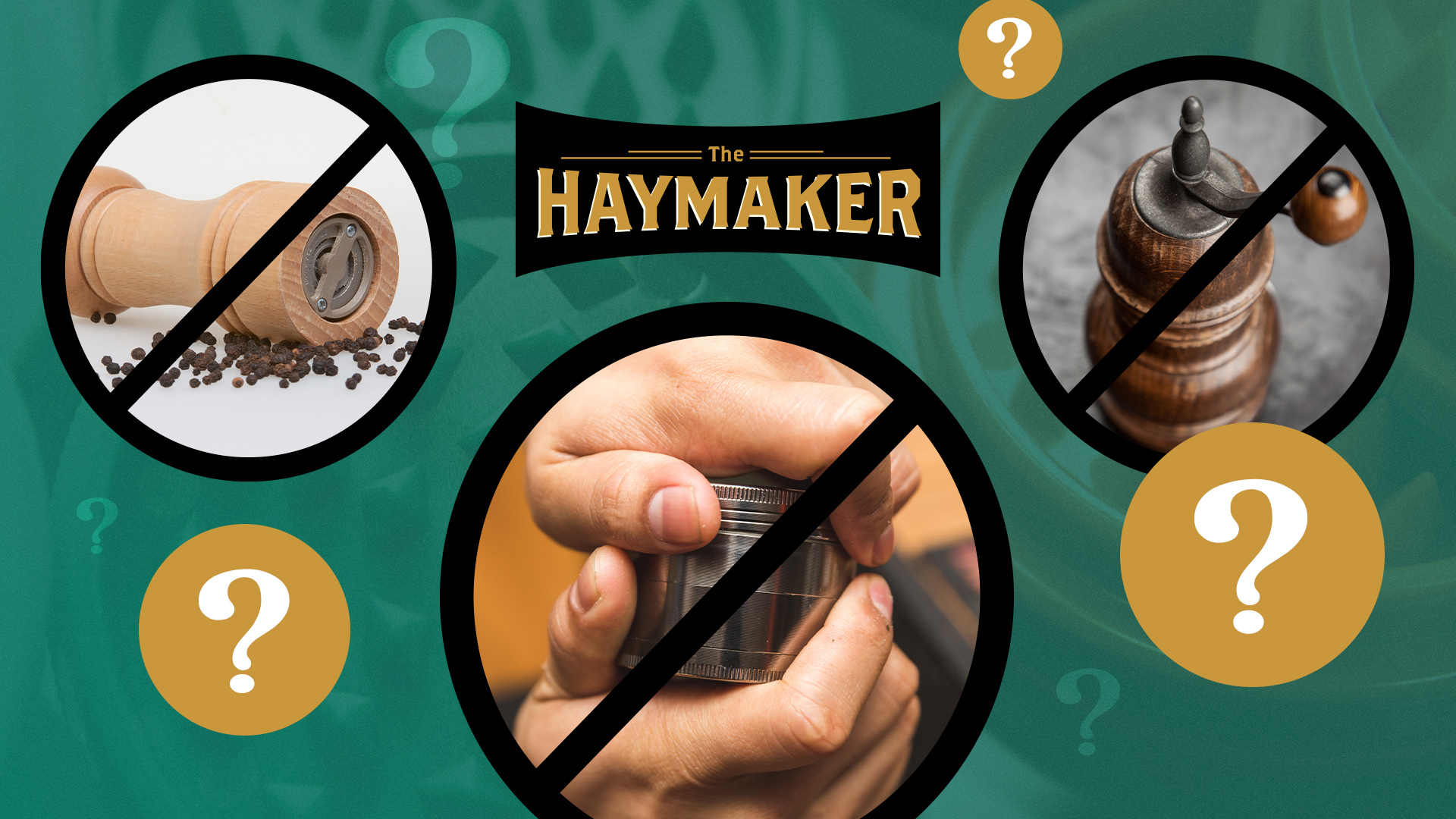 A little more than a year ago Amazon announced that it would stop testing its employees for cannabis use, and would lobby Congress to end the federal prohibition of marijuana.

The announcement came as welcome news to many of us in the cannabis world. We see too many companies continue to threaten their employees with nonsense drug-testing policies.

Amazon is all for cannabis legalization. But they won’t allow you to buy a grinder.

“We hope that other employers will join us, and that policymakers will act swiftly to pass [the MORE Act],” said Amazon’s consumer boss, Dave Clark, referring to the Congressional bill to end prohibition.

Imagine my surprise when I learned that Amazon’s enlightened cannabis policies don’t apply to its own product lines. In fact, news out of Seattle indicates that the online giant is reviving the War on Drugs when it comes to product prohibition.

In a Seattle Times story published earlier this week, reporter Lauren Rosenblatt discovered that Amazon has been quietly removing spice grinders from its online offerings since at least 2021.

Banning grinders of all kinds

One company, Golden Gate Grinders, had been selling grinders on Amazon for nine years. Then suddenly Amazon flagged them for violating company policy, which prohibits the sale of “drug paraphernalia.”

“There was no indication in all those years that this is a prohibited product,” the grinder company’s founder told the Times. “One day, they were supporting me and then one day it ended.”

Spice grinders, of course, can be used to grind cannabis flower nugs into conveniently smokeable bits.

But you know what also can be used to help consumers enjoy cannabis? Only about a thousand other items. Here, let me get a list going.

Yes, the innocent apple. Any stoner worthy of the title knows how to carve one of these naughty tree-plucked sweeties into a makeshift pipe. In fact, here at Leafly we have a guide to the process. Don’t sit there and play coy with us, Amazon. We know why you’re selling all those Honeycrisps.

I see you listing these in the “crafts” section. Wink, wink, nudge, nudge. I have news for you, Amazon. They are called pipe cleaners. They are for cleaning pipes.

A 10-pack? Are you serious right now, Amazon? If a cop catches you holding this much weight, that cop is thinking distribution, not personal use.

Why don’t you just sell these under the heading “Dime Bag Supplies,” Amazon. You are fooling no one.

“Water pipe” is just a polite way of saying bong. And no water pipe can operate without water. Stop selling bongwater, Amazon.

I could go on.

It’s a joke and also not a joke

Clearly, Amazon’s policy is nonsense. Somebody from public affairs needs to get in touch with the terms-of-service enforcement team and tell them to stop embarrassing the company.

At the same time, the grinder ban serves as a reminder that we’re not far removed from the days when Americans actually went to prison for selling paraphernalia.

That’s not hyperbole. Ten years ago you could walk into a Seattle head shop (not a cannabis store, a glass store) and read signs on the wall that said, “Our products are WATER PIPES for use with TOBACCO. If you call them anything else you will be asked to leave.” I’m not joking—and neither was the head shop owner. He’d kick your ass out the door if you uttered the word bong.

Why? Because bongs were illegal drug paraphernalia. Tommy Chong famously served nine months in federal prison in the early 2000s for selling bongs over the internet. The comedian and cannabis culture icon was busted as part of the George W. Bush administration’s Operation Pipe Dreams, a ridiculous effort to crack down on the sale of water pipes.

55 people were arrested for this

Yes, the federal government devoted significant resources to put glassmakers and sellers in prison. In 2003, the feds arrested 55 people for peddling pieces of glass.

“People selling drug paraphernalia are in essence no different than drug dealers,” said John Brown, then-acting Administrator of the Drug Enforcement Administration, at a press conference announcing those shameful arrests. “They are as much a part of drug trafficking, as silencers are a part of criminal homicide. These criminals operate a multimillion-dollar enterprise, selling their paraphernalia in headshops, distributing out of huge warehouses, and using the worldwide web as a worldwide paraphernalia market.”

It’s a mistake, Amazon. You can correct it

The world has changed since 2003. The world’s understanding of cannabis has undergone nothing short of a revolution.

And yet here we are, Amazon. You have somehow put Operation Pipe Dream back into service on your own pages.

It’s a mistake. Own up to it, correct it, and move on. We all have bigger and better issues to spend our time on.

And we all need a good grinder. Whattaya got in the $35 range?