What can cities do for cannabis equity? Seattle lays out a blueprint | Turn 420 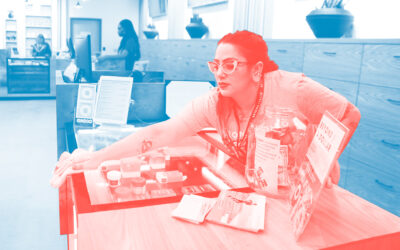 Equity programs are usually led by state agencies, but Seattle is taking a proactive approach to see what can be done to improve the diversity of the cannabis industry at home. If it works, it may provide a model for other cities in the nation’s 14 operating adult-use cannabis states.

Seattle got tired of waiting for the state. So city leaders acted on their own. Could other cities do the same?

The three bills, sponsored by Seattle City Councilmember Teresa Mosqueda, were prepared in response to specific demands made by the local community, and in anticipation of long-delayed state-issued social equity licenses that are still under construction.

The legislative suite represents Seattle’s concerted effort to be leaders—in the state and the nation—in the fight for racial equity by ensuring that small, minority-owned cannabis businesses are given the same resources and opportunities as the white business owners who currently dominate the industry.

The bill also aims to repair the damage of the War on Drugs on communities of color, and installs more protections for frontline cannabis workers, like budtenders, who are largely employees of color.

Nine actions on the agenda

The first in the suite of three adopted measures, CB 120391, spells out the city’s intent to commit its agencies to cannabis equity through nine specific actions. Those actions include the following measures.

First among those actions: The City of Seattle will work with King Country to expunge cannabis convictions prior to 2014. The city is pledging its summer interns to the cause.

City officials also pledged to nurture partnerships with organizations that seek justice for communities negatively impacted by the War on Drugs.

Those groups include the nonprofit Freedom Project, which works to dismantle the impacts of mass incarceration. Also involved is the group Black Excellence in Cannabis, an organization committed to helping people of color in Washington benefit from the economic opportunities offered by legal cannabis.

Leaders from both of those organizations were involved in discussions that led to this legislative package.

City of Seattle leaders have pledged to partner with those seeking to enhance the safety, retention, and advancement of cannabis workers.

One of those groups is the UFCW 3000, a labor union that was created earlier this year when United Food and Commercial Workers local 1439 and local 21 voted to join forces. The UFCW 3000 represents more than 50,000 workers throughout Washington, Oregon, and Idaho in the grocery, retail, health care, meat packing, and cannabis industries.

The first bill also expresses the city’s intent to drum up funding for a “Cannabis Needs Assessment” to identify and address equity needs in the local industry.

The city will also appoint an advisory committee, comprised of cannabis stakeholders impacted by the War on Drugs, to oversee the composition of the assessment.

The City Council’s second bill, CB 120392, dives into equity and licenses. Currently, to operate a cannabis business within the city of Seattle, cannabis businesses must be licensed by both the state and the city, which costs anywhere from $2,000 to $3,500.

What CB 120392 does is update the city’s codes, creating the option to be a social equity license applicant and eliminating fees for licensing, premises reinspection, and license reinstatement for those applicants who meet the social equity criteria.

This bill also “expand[s] the purposes for which a Seattle cannabis license may be issued in the future, anticipating future actions by the State to expand the types of State licensed cannabis businesses.”

In other words, it sets the stage for city adoption of new licenses for on-premise consumption, special event consumption, and delivery cannabis licenses if the state, who’s considered these new types of cannabis endorsements before, decides to finally approve them.

The third in this trio of cannabis equity measures, CB 120393, or the “Cannabis Job Retention Ordinance,” requires employers to take certain actions to help bolster job security if the company changes ownership.

This provision is designed to give budtenders, 53.5% of whom are minority employees according to industry-wide reports, more of a voice in the industry.

With this bill, outgoing employers are required to supply incoming owners with a preferential hiring list that the new owners are then required to hire from for at least 180 days after change of ownership.

And, incoming owners are required to retain employees from this list for at least 90 days after employment.

This ordinance also requires both incoming and outgoing owners to post change of ownership at the job site, to increase employee awareness of company goings-on.

HB 2870 went into effect in June 2020, but the state’s social equity application process still has yet to open.

To open the social equity license application window, the rules of applying must be finalized, a vendor to approve contracts must be hired, and the University of Washington must complete its analysis of the Social Equity in Cannabis Task Force (SECTF) criteria for a Disproportionately Impacted Area (DIA) to confirm who is eligible for participation in the state social equity program.

According to the LCB, the soonest these three steps could be completed is September 28, 2022. (That’s tomorrow.)

In Feb. 2022, The Seattle Times reported that advocates were fighting for the passage of another cannabis equity bill— HB 2022, which resolves to make 38 new dispensary licenses and 25 new producer/processor licenses available to social equity applicants every year until 2029.

HB 2022 still awaits approval by the Legislature, which won’t convene again until 2023.

Not waiting for the state to act

In beating the state to the punch with its cannabis equity legislation, Seattle positions itself as a leader on the issue of equity in cannabis.

“We’re complementing what the state legislature is doing, and that’s what we should be doing,” said Mosqueda in a press conference. “The city has always been a place for incubation…for leadership, and today we are again showing the nation that we are stepping up to the call for greater equity, we’re doing so by listening to worker voices, and we’re doing so by creating a more just and shared local economy with black and brown business owners.”

Additionally, the passage of these laws is seen by advocates as a vital and necessary show of support for federal legislation like the SAFE Banking Act, that could help protect people of color and frontline workers.

“We see this package of legislation as a first step on a journey to right the wrongs of a system that has harmed black and brown communities – from those arrested and prosecuted who will have their convictions expunged…to the budtenders who every single day risk their lives going to work due to armed robberies because our federal government has failed to reform our banking system,” said UFCW 3000’s Cannabis Division Director Matt Edgerton, in a press release.

Per city regulation, these bills go into effect 30 days after they are signed into law. That said, to allow time for the Office of Labor standards to plan for implementation, the job retention ordinance will not be applied for nine months.

Hence, the local industry can expect the majority of these changes to go into effect by late October, and the job retention ordinance will be effective by summer 2023.