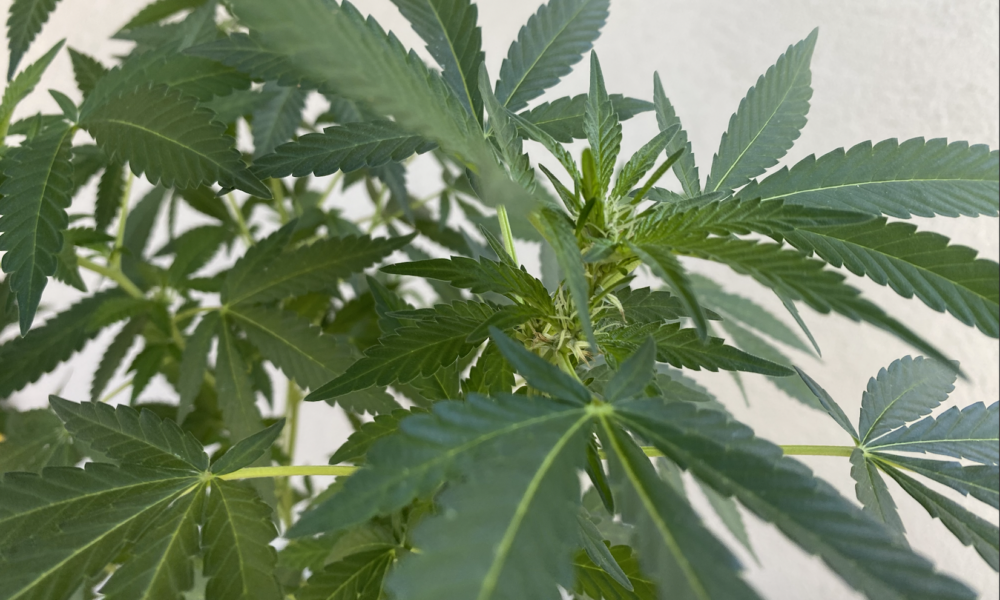 A top Republican Texas lawmaker says that he will work to enact criminal justice reform in the 2023 session, and he again expressed support for lowering penalties for marijuana possession.

House Speaker Dade Phelan (R) talked about his legislative priorities during an interview at the Texas Tribune Festival on Friday, saying that “we are over-incarcerated in Texas” and noting that he backs reducing marijuana penalties.

“I don’t know marijuana from oregano. It’s not really my thing,” Phelan said, according to San Antonio Report. But lowering penalties for simple possession, as would be accomplished under legislation he’s previously cosponsored, is still on the table, the outlet reported.

The speaker has been making the oregano comment for more than a year, so it’s not clear when he will be able to distinguish the herbs, but he did indicate that he’s supportive of cannabis reform, which the legislature could take up again during the next session that starts in January.

Speaking at a Texas Young Republicans event last year, Phelan said, “I understand the issue” despite his general lack of familiarity with the marijuana plant.

The speaker also previously touted the fact that he voted for a limited medical cannabis legalization bill during his freshman year in the legislature, and he said that his support for the reform is partly based on the fact that he has a “sister with severe epilepsy, and small amounts of CBD oil makes a big difference in people’s lives.”

Phelan also noted that he was a “joint author—no pun intended” of cannabis decriminalization legislation in the past.

“I was able to go back home and explain it, and it wasn’t a big deal,” he said. “To me, it’s a reasonable criminal justice reform issue.”

“Reducing the penalties for personal possession of marijuana has long been an important issue to Texas voters,” she told Marijuana Moment. “It is important that the speaker of the House has reaffirmed his support for addressing the harsh penalties around minor marijuana possession. Now more than ever, it is important to reprioritize law enforcement’s time.”

While Texas has seen more modest cannabis reforms enacted in recent years, including the expansion of the state’s medical marijuana program, the conservative legislature has yet to meaningfully advance broad reform.

Advocates also remain disappointed that lawmakers have so far been unable to pass other incremental cannabis bills—such as a decriminalization proposal that has advanced in one chamber of the legislature only to stall in the other.

The House approved a cannabis decriminalization bill in 2019, but it did not advance in the Senate that session.

According to a poll released last month, a majority of Texas voters support legalizing marijuana for medical and recreational use.

Texas Republicans might be on the fence on legalization overall, but the state’s GOP party formalized its opposition to ending prohibition again with the adoption of a policy plank as part of its 2022 platform.

Two modest reforms that were supported in the platform, however, were the federal rescheduling marijuana from Schedule I to II and reducing regulations on hemp.

Beto O’Rourke, a Democratic gubernatorial candidate with a longstanding record of supporting drug policy reform in the Lone Star state and in Congress, was quick to criticize the GOP organization over its embrace of restrictive social policies, including cannabis criminalization.

Even Gov. Greg Abbott (R) appeared to embrace simple decriminalization in January, saying “prison and jail is a place for dangerous criminals who may harm others, and small possession of marijuana is not the type of violation that we want to stockpile jails with.”

But he misstated existing policy, suggesting that the legislature already made simple marijuana possession a class C misdemeanor without the threat of jail time. In fact, the law still considered possession of up to two ounces a class B misdemeanor that carries a punishment of up to 180 days in jail and a maximum $2,000 fine.

Texas Agriculture Commissioner Sid Miller argued in favor of further expanding medical cannabis access in an op-ed in July, saying that “cannabis prohibition came from a place of fear, not from medical science or the analysis of social harm.” His Democratic opponent, Susan Hays, has explicitly called for adult-use marijuana legalization.

At the local level, marijuana reform has moved rapidly as Texas activists have worked to enact reform in jurisdictions across the state. In May, for example, Austin voters approved marijuana decriminalization overwhelmingly.