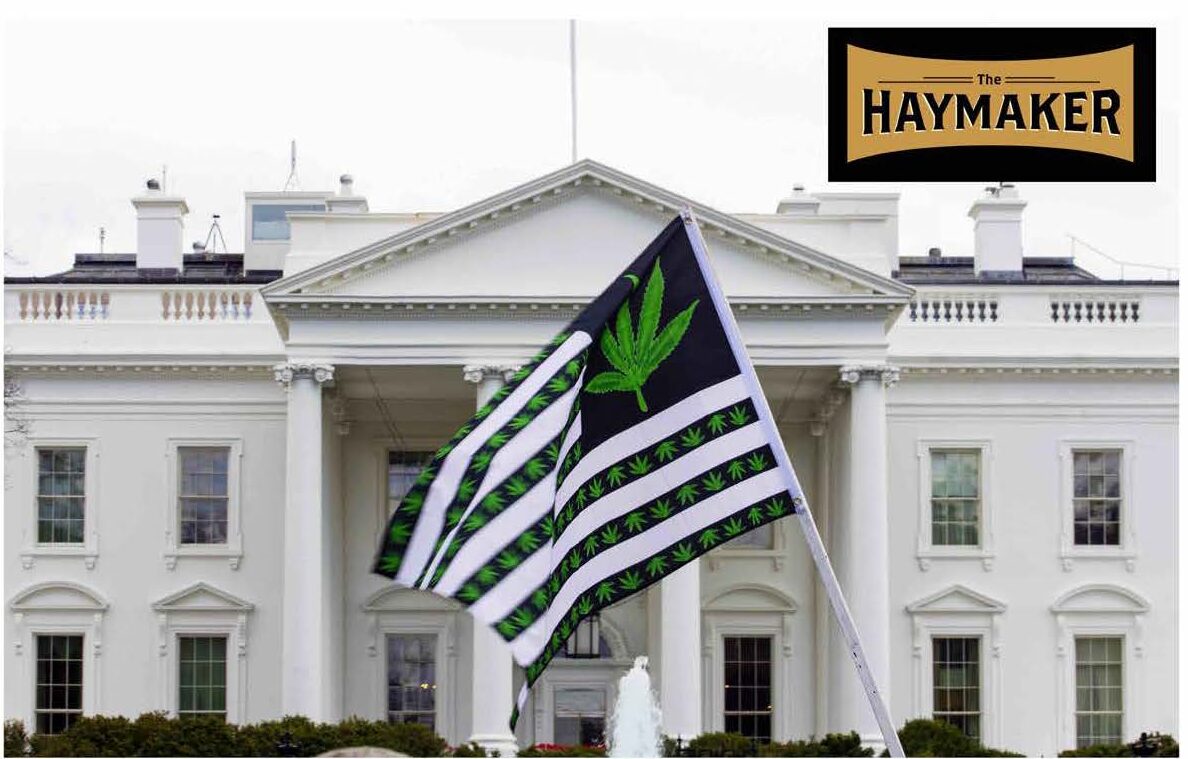 Biden’s declaration granted a presidential pardon to many federal prisoners convicted of marijuana possession offenses. And the President acknowledged, publicly, that classifying cannabis at the same level as heroin “makes no sense.”

The pardons and the “makes no sense” admission are wins. Take them. But the review of marijuana’s Schedule I status is a big concern.

Those are both big deals. I know the pardon doesn’t cover all federal cannabis prisoners. Most estimates say roughly 6,000 people will be affected by Biden’s move.

I’ve seen reactions that scoff at that number. To that I say: Are you kidding me? Six. Thousand. People. Those are 6,000 wrongly imprisoned fathers, mothers, sons, daughters, brothers, sisters, friends, and neighbors. More to the point, those are six thousand human beings who will no longer be denied their personal freedom.

Take the win, my legalization allies. Fight for more tomorrow.

The “makes no sense” line also matters. Biden has never been comfortable embracing legalization. During the 2019-2020 campaign he pledged to “decriminalize” cannabis, which is a politician’s way of saying I see the War on Drugs is a disaster, but I still hate pot.

My guess is that a lot of people spent a lot of time working to open Joe Biden’s mind to the fact that marijuana’s federal Schedule I status is both nonsensical and cruel.

It’s that third thing that worries me

The third thing that happened last week is that President Biden said he “is asking” Health and Human Services Secretary Xavier Becerra and Attorney General Merrick Garland to “initiate the process of reviewing how marijuana is scheduled under federal law.”

First of all, look at Biden’s language. To paraphrase Chandler Bing, could it be more passive and abstruse? Anyone who’s spent any length of time in or around a governmental agency knows that “let’s initiate a process of review” is code for let’s study this to death.

Then there’s that tricky phrasing. Biden says he wants to review how marijuana is scheduled. Does that mean he wants to reconsider marijuana’s current (absurd) position as a Schedule I substance, or does he want to review the drug scheduling process itself?

You may think I’m being finicky, but when it comes to Presidential pronouncements, words and punctuation matter. They can be the difference between “Let’s eat, grandma” and “Let’s eat grandma.”

There’s a long and treacherous road ahead

Let’s give Biden the benefit of the doubt and assume he really does want to start a full administrative review of marijuana’s Schedule I status.

Can he? Yes, but it’s not easy. Changing a substance’s schedule status can be done one of two ways: Administratively, or via an act of Congress.

Legalizing via Congress is (relatively) quick and easy. Pass a law in the House and Senate, have the President sign it, and it’s done. The MORE Act, which would end the federal prohibition of marijuana, has now passed the House twice, but does not currently have enough support in the Senate.

Legalizing via administrative process is tough and time-consuming. A few years ago Brookings Institute analysts John Hudak and Grace Wallack laid out the long road that lies ahead. In the best case scenario, rescheduling or descheduling cannabis via the agency process would take years.

“It is a complex process in which scientific, medical, policy and political forces have influence,” wrote Hudak and Wallack.

The key agencies involved are the Food and Drug Administration (FDA, an agency of the Department of Health and Human Services), and the Justice Department. In a nutshell: FDA experts consider the scientific evidence and public health ramifications, then deliver a recommendation to the Attorney General. If all are in agreement, the AG starts the (long, drawn-out) rulemaking process to reschedule or deschedule marijuana.

Asking for a repudiation of past drug war lies

Leaders in those agencies have spent their entire careers justifying the Schedule I status of cannabis. Remember, the DEA is part of the Justice Department. As recently as 2016, DEA officials rejected a petition to reschedule cannabis, finding that it had “no currently acceptable medical use” and “high potential for abuse,” two of the necessities for inclusion as a Schedule I substance.

As this Vice report documents, DEA officials didn’t make that decision alone. They relied on the expert opinion of FDA officials, who ignored studies confirming the efficacy of medical cannabis, and instead citing studies like this one published in 2000, which found that squirrel monkeys enjoyed getting high, and used that to confirm marijuana’s “potential for abuse.”

De-scheduling cannabis would require the leaders of two high-profile government agencies to reject their previous work and admit they were wrong about marijuana.

That’s not going to happen.

Bureacrats can slow-walk this into the next presidency

This order will be slow-walked by the FDA and DEA. They will run out the clock on the first Biden Administration.

If Biden is defeated in 2024, his Republican successor will kill the initiative. Even if the FDA and DEA come in with a shocking report advocating the removal of cannabis from the federal drug schedule, the new president will simply round file it. This has, sadly, happened before. If you don’t know the notorious story of President Nixon and the Shafer Commission, I invite you to wallow in that infamous chapter of American history.

If President Biden wins a second term in 2024, the outcome could be even worse.

If Biden presses DEA and FDA to act, his “fresh look” at marijuana’s status could result in a decision to keep it as Schedule I or re-schedule cannabis as a Schedule II substance. Both would be disastrous.

Schedule II signals that marijuana isn’t as dangerous as other Schedule I drugs, but it still has a “high potential for abuse” and would be federally legal only as an FDA-approved drug. That means high-priced capsules of prescription Marinol, not $7 grams of medical marijuana flower.

This will not end well

A review that results in cannabis remaining a Schedule I or Schedule II drug would only harden federal prohibition. Politicians (and many voters) would perceive cannabis criminalization as a problem solved. All those senators who don’t want to vote for legalization will be let off the hook. They will throw up their hands and claim “the experts at the FDA” have decided the issue. Done. Next.

I’m sorry to rain on this portion of the Biden parade. His federal pardon is fantastic news. His “makes no sense” comment is a step in the right direction. But knowing what we know about the DEA and the FDA, and the history of presidential marijuana reviews, we should exercise extreme caution around Biden’s “fresh look.” It could be a deadly trap baited with good intentions.

The only way to end federal prohibition is through Congressional action. That means opening minds and changing votes in the US Senate. It also means voting out the drug warriors who remain intransigent in the face of new information and changing public attitudes.

Here’s the good news: You get to do that on November 8.