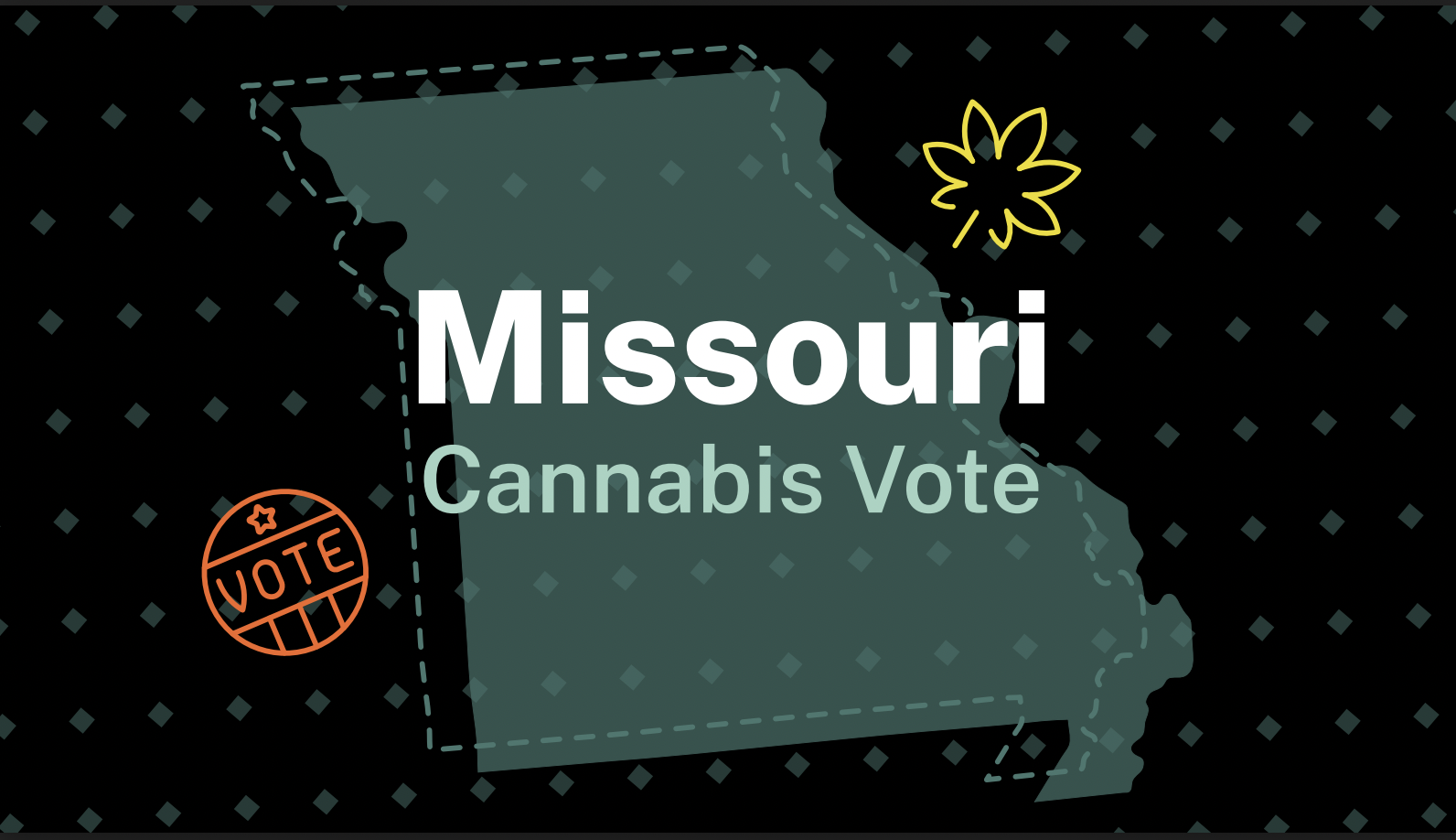 Missouri voters have officially legalized recreational cannabis via Amendment 3. The 39-page constitutional amendment passed on Nov. 8 by a margin of 53 to 47, with 89% of the votes counted.

Here’s what happens next.

No, not quite yet.

When will it be legal to possess weed?

When can I legally buy marijuana?

Possibly as soon as Feb. 8, 2023. The adopted amendment allows all existing medical marijuana businesses to convert their medical licenses into “comprehensive” (medical and adult-use) licenses.

Those license conversions would be automatic for all existing companies in good standing with the state, and would go into effect as early as Feb. 8, 2023.

Can I smoke a joint in public?

No. Smoking cannabis in public will be penalized by a fine of up to $100, but not arrest.

Can I grow cannabis at home?

Yes, but you need a legal permit. Missouri will require home cannabis growers to obtain a $100 homegrow card, renewable annually. Applications for homegrow cards will be, by law, available no later than Jan. 8, 2023, and the state will start considering those applications no later than Feb. 8, 2023.

Who will regulate legal growers and sellers?

The Missouri Department of Health and Senior Services will handle regulatory duties.

The amendment mandates a one-time fee of $7,000 for a cannabis retail license application. Applicants who are chosen must then pay a $10,000 annual fee per retail facility. The license must be renewed every three years, for a renewal fee of $3,000.

The amendment includes a provision preventing a single business entity from owning more than 10% of the total number of retail licenses issued by the state.

Can new businesses apply for a license?

The proposed amendment stipulates that through the end of 2023, only applications for cannabis microbusiness licenses will be considered.

Applications for non-microbusiness licenses, from marijuana business entities not already licensed as medical marijuana companies in Missouri, will be considered no earlier than July 2024.

Any equity or small-business licenses?

Yes. The initiative mandates the issuance of at least 144 licenses for cannabis microbusinesses, with priority given to low-income applicants and those harmed by the long history of marijuana prohibition. Look for those applications to be available in June 2023.

How many weed stores will be allowed?

Initially, in Feb. 2023, there could be as many as 191 recreational weed stores open in Missouri. (That’s the number of existing medical dispensaries, whose licenses will expand to include adult-use sales if the company so chooses.)

The proposed amendment contains no hard maximum limit on the number of cultivation, processing, and retail licenses issued by state regulators.

There is a minimum number of licenses, however: The state must issue at least as many full adult-use cannabis licenses as exist for medical marijuana growers/ processors/ retailers as are operating on Dec. 1, 2022.

What does that actually mean? As of July 2022 there were:

The initiative allows state regulators to exercise their judgment regarding the number of total licenses, within this legal guideline: “The [state regulatory department] may lift or ease any limit on the number of licensees or certificate holders in order to meet the demand for marijuana in the state and to ensure a competitive market while preventing an over-concentration of marijuana facilities within the boundaries of any particular local government.”

When will microbusiness applications be available?

The amendment stipulates that applications for adult-use cannabis microbusiness licenses must be issued no later than mid-June, 2023.

The state must begin accepting applications no later than mid-September, 2023.

There is no firm date for the issuance of microbusiness licenses, but that would likely start to happen around Dec. 2023.

Yes, but a local ban on state-licensed cannabis stores can be put into place only by a full public vote, not merely a vote by the local city or county council.

The amendment stipulates that a local ballot measure on cannabis license prohibitions may take place only once every four years, on the same November general ballot as presidential elections. And the measure must receive at least 60% approval to pass.

Will marijuana be taxed?

Yes. As in all other legal states, Missouri will add a cannabis excise tax to every purchase.

Adult-use marijuana sales will be taxed at 6%. The tax is expected to bring in more than $46 million during the first full year the amendment is in effect and close to $70 million the following year.

Cities and other municipalities could add a local sales tax on recreational marijuana up to 3%.

Missouri has an existing 4.225% sales tax on all retail items (plus local sales tax). So consumers could see a total tax as high as 13% to 15% on their cannabis purchases. But that’s still relatively low. Consumers pay as much as 25% to 40% tax in other legal states.

What about the expungement process?

The Missouri amendment will erase past marijuana-related convictions for nonviolent offenders and those whose convictions didn’t include selling to minors or driving while high.

The amendment gives courts six months to expunge past misdemeanors and a year for eligible felonies.

In most other legal states, expungement of prior cannabis convictions were the responsibility of the affected individuals. Some states passed provisions to remove past convictions, following the legalization vote.

Missouri will be the first state to include automatic expungement of those past convictions in the legalization law itself.

Maryland just voted to legalize marijuana. Here’s what happens next