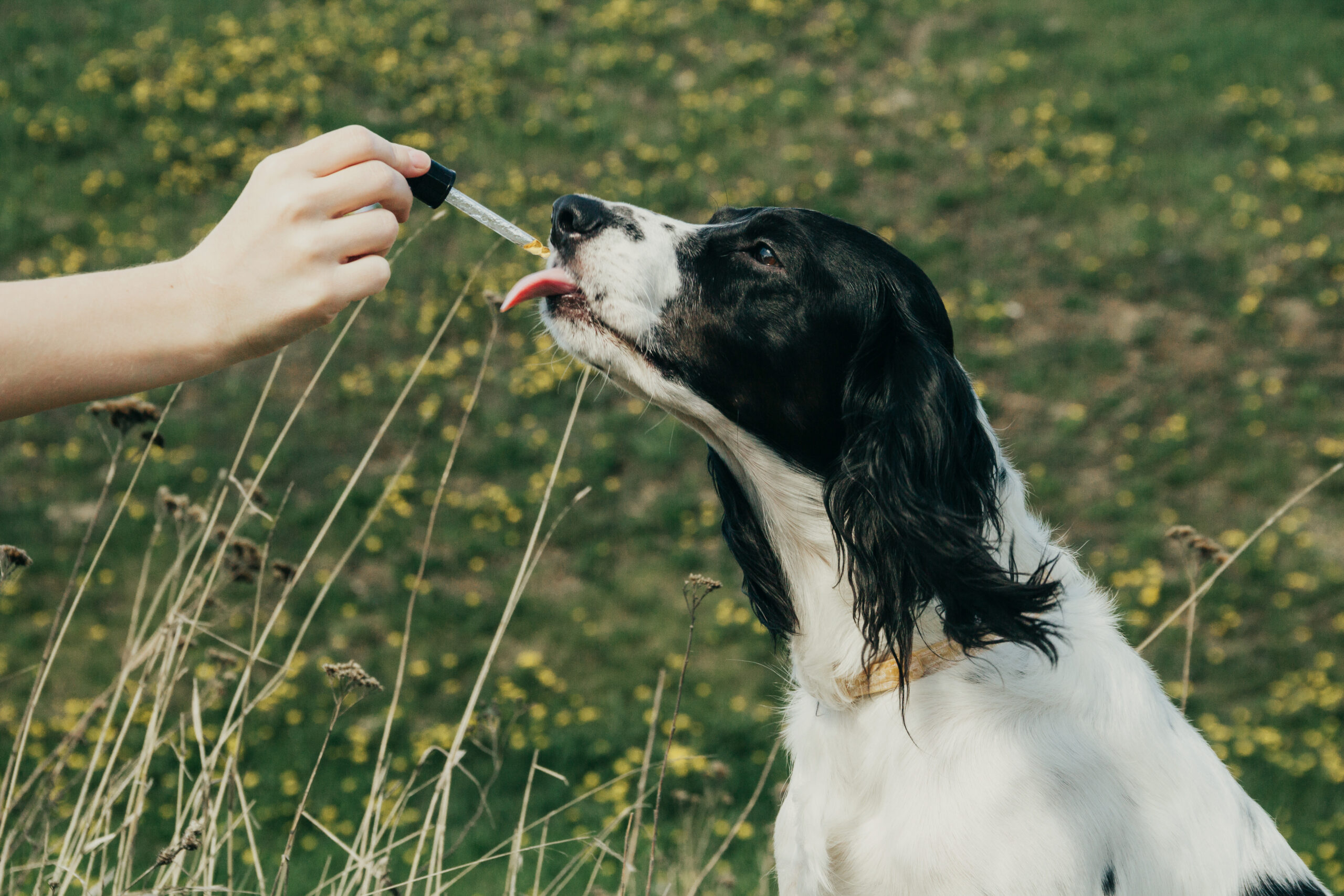 Countless thousands of California’s good doggies and cute kitties will suffer fewer seizures, and less arthritis pain, and anxiety, thanks to a new law signed by Gov. Gavin Newsom on Sept. 18.

Newly enacted Assembly Bill 1885 allows veterinarians to “recommend” medical cannabis products for their furry patients. Before, vets could only “discuss” such products with their patients’ owners, leading many vets to avoid the topic rather than risk losing their license.

“It’s a huge shift,” said Pet Cannabis Coalition President Tim Shu, a Los Angeles-based DVM and founder/CEO of VetCBD. “This is the first bill of its kind in the world. My goal is for other states and countries to see this as a framework.”

Sponsored by San Jose, CA, Assemblymember Ash Kalra (D), the new law had the backing of the state’s veterinary Veterinary Medical Board, and unanimously passed both houses of the California legislature. “That was just incredible,” Dr. Shu said.

The bill had no organized opposition. One small topical brand, Lovingly & Legally, had safety concerns.

Nobody is talking about hotboxing your cat

This law does not mean you can or should give your dog weed chocolate, or hotbox your cat. The whole point is to empower animal medicine experts to guide caregiving for sick animals. Right now, desperate pet owners turn to internet forums, or DIY pet dosing.

“We want owners to have guidance,” said Dr. Shu. “Traditionally, vets have said, ‘Sorry, I can’t talk to you about that.’ This bill closes that gap. Go to a vet and get that recommendation.”

Rep. Kalra stated, “While existing law allows veterinarians to discuss the use of cannabis products in animals, it does not let them recommend it for their own animal patients. This is a serious legal oversight, as veterinarian recommendations help pet owners make safer, more responsible decisions when they consider giving their animals therapeutic substances.

“AB 1885 will ensure that pet owners receive proper guidance when they bestow the benefits of safe, regulated therapeutic cannabis upon their pets.”

“In short, AB 1885 will ensure that pet owners receive proper guidance when they bestow the benefits of safe, regulated therapeutic cannabis upon their pets.”

The Veterinary Medical Board (Board) stated in support, “By allowing veterinarians to recommend animal cannabis products for potential therapeutic purposes, AB 1885 provides a safer environment for pet owners to make well-informed decisions for their pets.”

Vets have been ‘discussing’ using cannabidiol (CBD) as well as low doses of THC to calm seizures, decrease arthritis pain, ease anxiety, and stimulate appetite in animals with cancer. If these sound like the usual human applications for medical cannabis, it’s because they are. All vertebrates have an endocannabinoid system that responds to the active ingredients in pot. Animals have different tolerances and contra-indications than humans, but the science is sound.

“We have seen cannabinoids, primarily CBD, drastically reduce the number of seizures a pet is having, and in some cases completely eliminate them,” Shu said. “Dogs on CBD show decreased pain and inflammation, or decreased itchiness.”

“Every year we’re starting to see more and more vets say, ‘I’ve seen it be so effective for my patients that have arthritis or anxiety.”

No FDA approval for pet-focused cannabis yet

About 70% of American households have pets. In many cases, they’ve become substitutes for spouses or children. In Los Angeles, humans push dogs in strollers and take cats for walks, Shu said.

Just like humans, marijuana’s federally illegal schedule 1 status blocks basic research into drug efficacy. Vets use expensive, dangerous pharmaceuticals on conditions that could be managed cheaply and safely with cannabinoids.

Raw cannabis is too cheap and hard to patent for drug companies to exploit it. “There are no cannabis-derived products approved for use in animals by the Food and Drug Administration (FDA),” according to state records.

According to the state’s vet board, “the Board wishes animal cannabis research funding could be obtained.”

It’s not just about CBD

Hemp legalization has energized pet CBD research, but Shu said THC is important, too. Cannabinoids might be more effective and less toxic than many non-steroidal anti-inflammatories.

“THC has gotten a bad wrap. … Too much THC can have negative side effects, but THC does have medicinal benefits itself. A big one is THC and inflammation,” he said. “Sometimes we will see pets do better with an increased amount of THC.”

But you have to get the dosage right or THC can cause anxiety. All the more reason to loop in a trained vet now protected by state law.

According to a Senate floor analysis, “THC especially is considered toxic to pets, and can cause hyperactivity, excessive drooling, vomiting, gastrointestinal upset, urinary incontinence, seizures, disorientation, and difficulty maintaining balance. In addition, many edible cannabis products may include added ingredients that are dangerous for cats and dogs, such as chocolate and xylitol.”

The reform path follows the one laid down for humans. In 1996, Californians legalized medical cannabis, but doctors feared license revocation for recommending a plant deemed equal to street heroin. A court case affirmed physicians’ First Amendment right to ‘recommend’ cannabis; though they cannot ‘prescribe’ it.

A world of applications across the animal kingdom awaits in the 21st century. Dr. Shu knows of cannabinoid use on horses, pigs, ferrets, rabbits, rats, and birds.

The bill requires the vet board to adopt and publish recommendation guidelines by January 1, 2024 .

Fully tested, state-approved medical cannabis pet products will be coming to dispensaries, under new rules from the Department of Cannabis Control, no later than July 1, 2025.