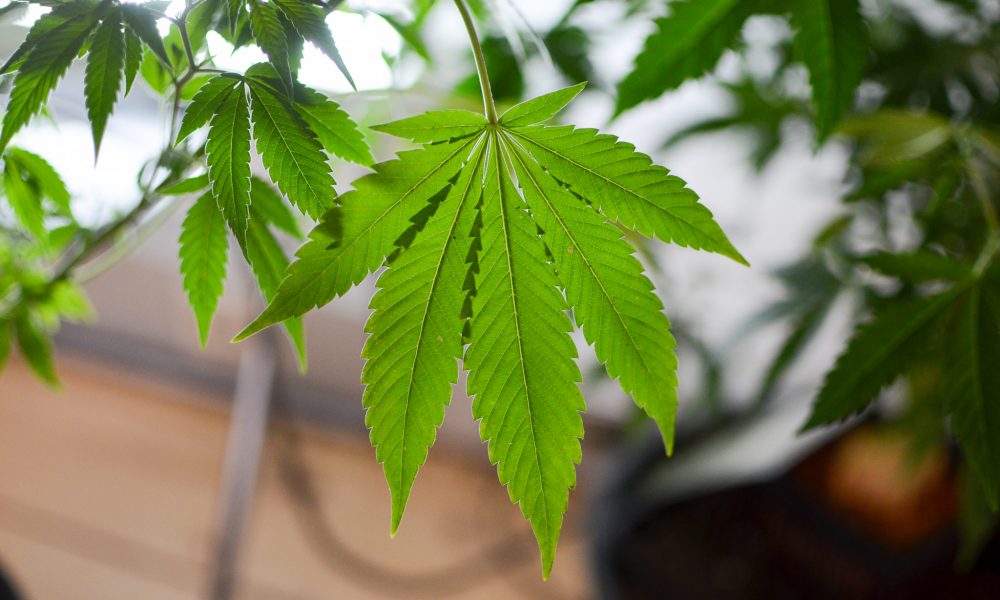 Senate leadership took steps on Thursday to expeditiously pass a House-approved marijuana research bill later in the day—but at least one GOP senator has objected to the process, threatening to delay the vote, Marijuana Moment has learned.

The process, known as a “hotlining” a bill, involves having both the Senate majority and minority leaders agreeing to advance the legislation without a roll call vote, giving all members a limited amount of time to register objections before moving ahead with a request for unanimous consent for approval on the floor.

But despite having repeatedly talked about the importance of promoting cannabis research, as the bill would accomplish, Sen. John Cornyn (R-TX) objected on Thursday, his office confirmed to Marijuana Moment.

If there were no objections, the expectation was that the bill would have moved through the Senate, sending it to President Joe Biden’s desk for a final signature. That would mark the first time in history that a standalone cannabis reform measure would be enacted into law.

Cornyn’s office did not provide a reason for the objection.

A source on Capitol Hill told Marijuana Moment that Cornyn intends to block all House bills that are taken up under unanimous consent in the Senate—not just the cannabis reform proposal—because he’s broadly frustrated that the opposite chamber has not advanced more of his own legislation that has been sent over.

Nonetheless, when it comes to the marijuana research bill that’s now caught in the crossfire of his blockade, the senator has advocated for exactly this type of reform in the past, including in his capacity as a co-chair of the Senate Caucus on International Narcotics Control.

After the House approved a marijuana legalization bill in April, Cornyn said he’s opposed to the policy because he feels it’s “premature” and “we need to have some serious studies into the impact on developing children’s brains and pregnant women and alike.”

Democrats ignore science with their new push for marijuana https://t.co/nEqFH4HYLw

In 2021, the senator’s caucus released a report that expressed criticism of existing policies that inhibit research into cannabis and placed some blame on the role of the Drug Enforcement Administration (DEA).

“Do you agree that it’s important before we legalize marijuana at the federal level—should Congress decide to do so that—we get this kind of research performed so we actually know what we’re doing?” Cornyn asked at the time.

The goal of the Medical Marijuana and Cannabidiol Research Expansion Act that the senator has now objected to advancing would help achieve those study objectives. It’s why pro-legalization and prohibitionist lawmakers alike are sponsoring and supporting the bill.

The legislation was filed in July and quickly moved through the House.

Reps. Earl Blumenauer (D-OR) and Andy Harris (R-MD) sponsored the measure in the House, which is substantively identical to a separate Senate bill from Sens. Dianne Feinstein (D-CA), Brian Schatz (D-HI) and Chuck Grassley (R-IA) that previously cleared that chamber.

Just this week, researchers and other advocates associated with the prohibitionist organization Smart Approaches To Marijuana (SAM) sent a letter to Schumer, imploring him to bring the research measure to a vote.

Under the legislation, the U.S. attorney general would be given a 60-day deadline to either approve a given application or request supplemental information from the marijuana research applicant. It would also create a more efficient pathway for researchers who request larger quantities of cannabis.

Further, the bill would encourage the Food and Drug Administration (FDA) to develop cannabis-derived medicines. One way it proposed doing so is by allowing accredited medical and osteopathic schools, practitioners, research institutions, and manufacturers with a Schedule I registration to cultivate their own cannabis for research purposes.

The Drug Enforcement Administration (DEA) would get a mandate to approve applications to be manufacturers of marijuana-derived, FDA-approved drugs under the bill. Manufacturers would also be allowed to import cannabis materials to facilitate research into the plant’s therapeutic potential.

Another section would require the Department of Health and Human Services (HHS) to look at the health benefits and risks of marijuana as well as policies that are inhibiting research into cannabis that’s grown in legal states and provide recommendations on overcoming those barriers.

The bill further states that it “shall not be a violation of the Controlled Substances Act (CSA) for a State-licensed physician to discuss” the risk and benefits of marijuana and cannabis-derived products with patients.

A Congressional Budget Office (CBO) analysis published late last month found that the proposal would reduce direct spending by less than $500,000 and would have a “negligible net change in the deficit.”

Both the House and Senate passed earlier versions of their separate but similar cannabis research bills in late 2020, but nothing ended up getting to then-President Donald Trump’s desk by the end of the last Congress.

Congressional researchers separately released a report in March that details the challenges posed by ongoing federal prohibition and the options that lawmakers have available to address them.

DEA has taken steps in recent years to approve new cultivators of marijuana to be used in studies, and the National Institute on Drug Abuse (NIDA) recently published a solicitation for applications from those authorized growers as it looks for new contractors to supply the agency with cannabis for research purposes.

Meanwhile, large-scale infrastructure legislation that was signed by Biden in November contains provisions aimed at allowing researchers to study the actual marijuana that consumers are purchasing from state-legal businesses instead of having to use only government-grown cannabis.

NIDA’s Volkow told Marijuana Moment last year that scientists have been unnecessarily limited in the source of cannabis they’re permitted to study—and it makes sense to enact a policy change that expands their access to products available in state-legal markets.

Separately, a bipartisan duo of congressional lawmakers filed a bill in July to set a federal marijuana research agenda and create a designation for universities to carry out cannabis studies with federal grant money.

The legislation from Reps. Scott Peters (D-CA) and Dave Joyce (R-OH) is titled the “Developing and Nationalizing Key Cannabis Research Act.” The bill text doesn’t abbreviate the title, so it’s not clear if the intent was to play into cannabis consumer nomenclature with the introduction of the DANK Cannabis Research Act.

Meanwhile, the now-passed bipartisan, bicameral research bill was introduced on the same day that a long-awaited Senate marijuana legalization bill was finally filed—more than a year after a draft version was first released by Senate Majority Leader Chuck Schumer (D-NY) and fellow sponsors.

The prospects of that wide-ranging legislation making it through the Senate with a 60-vote threshold are dubious, however, and so Schumer has been working with bicameral and bipartisan offices to develop a package of incremental cannabis reforms that’s expected to be filed in the lame duck session.

That so-called SAFE Plus bill is expected to contain marijuana banking protections and other modest proposals on expungements, veterans’ medical cannabis access and more.

Rep. Ed Perlmutter (D-CO), the House sponsor of the standalone marijuana banking bill, said he recently spoke with Schumer at an event at the White House and discussed the need to enact the bipartisan reform this session.

Even the incremental marijuana package may face resistance from some lawmakers depending on its final contents. But a cannabis research proposal that’s even being sponsored by a prohibitionist like Harris seems like a comparably simple, albeit incremental, reform that the president is expected to sign into law.

President Joe Biden might be against adult-use legalization, but he campaigned on other incremental reforms like decriminalization, rescheduling and letting states set their own cannabis policies. He’s expressed interest in the medical potential of marijuana and has advocated for more research, so it’s likely that he would sign the bipartisan bill if it’s ultimately sent to his desk.