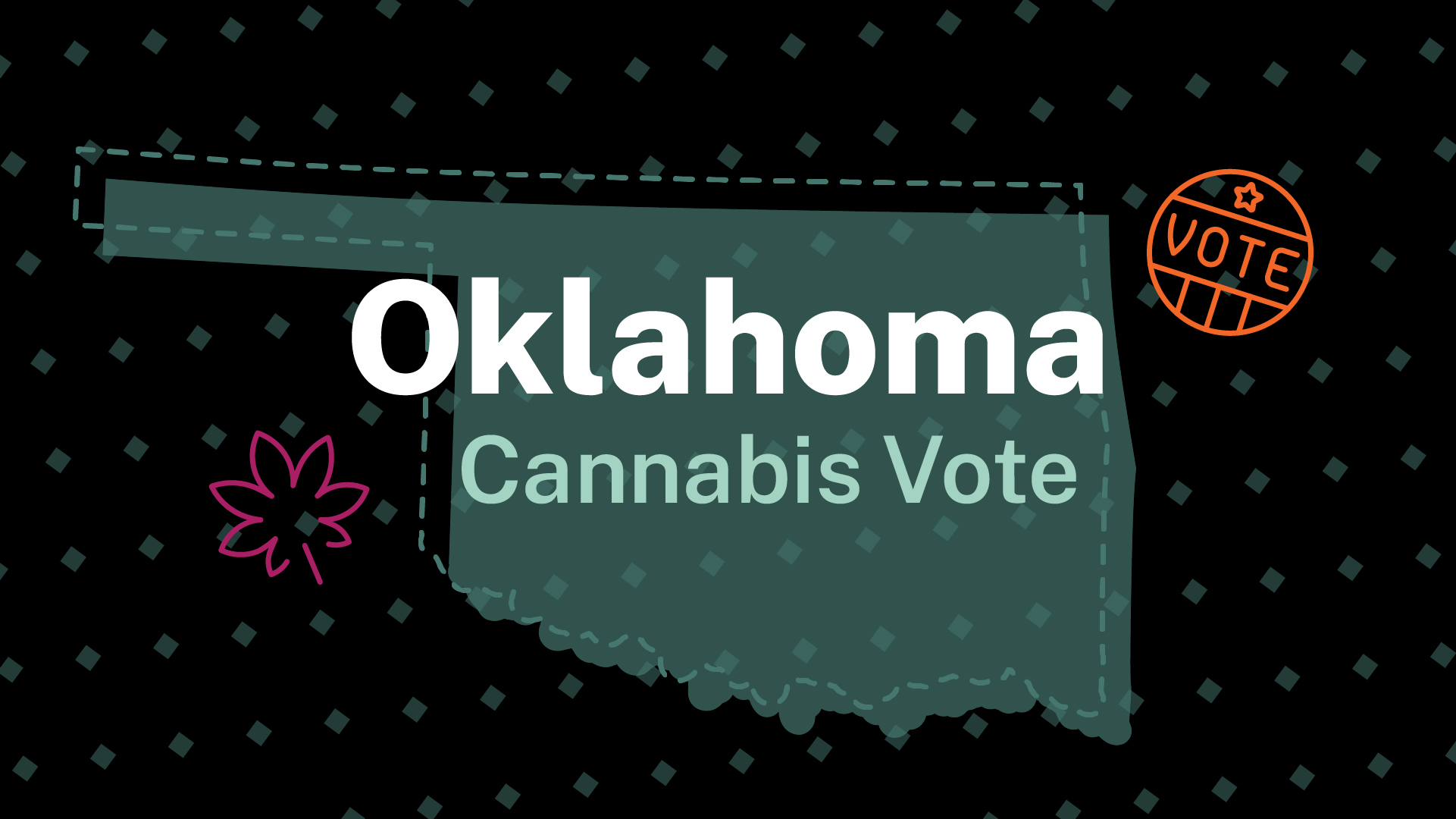 Legalization advocates turned in enough signatures to make the ballot, but a contractor hired by the state to count the signatures did not meet the deadline for the Nov. 8 election.

Oklahoma’s secretary of state has confirmed that State Question 820 (SQ 820), a statewide measure to legalize the adult use of marijuana, has enough signatures to qualify for the Nov. 8, 2022, ballot.

Whether the measure will actually appear on the ballot still remains an open question. A bureaucratic snafu by the state agency in charge of verifying citizen initiatives put the measure in jeopardy, and prohibitionists filed four challenges to SQ 820’s place on the ballot. (Marijuana Moment’s Kyle Jaeger has an explainer following the strands that make up that tangled mess, if you feel like getting into it.)

As of Sept. 19, the state’s high court was working through the issues and the ultimate fate of SQ 280 remained uncertain.

Is this medical or adult use legalization?

Adult use (recreational). Marijuana would be legal for all adults age 21 and older.

Medical marijuana has been legal in Oklahoma since voters passed a previous measure in June, 2018. Cannabis remains illegal for those without a medical card.

What the initiative would do

Oklahoma’s proposed statewide initiative would legalize cannabis for all adults age 21 or older. Other highlights include:

How do I vote in Oklahoma?

This is important: Verify your registration status and ID validity right now, while there’s still time to bring both up to date.

Vote in person, on paper ballots, on Tuesday, Nov. 8, 2022. Polling stations will be open from 7:00 a.m. to 7:00 p.m. statewide. Click on this link to find out where to vote in Oklahoma. You must vote in the county where you are registered.

Remember: You must bring valid ID in order to vote. Here is a list of valid forms of ID in Oklahoma.

Limited absentee voting is allowed. Absentee ballots for the Nov. 8 election must be requested no later than 5 p.m. on Oct. 24, 2022. Check with the state website to see how it’s done.

In Oklahoma, a “state question” must only gather a majority of votes cast in a statewide election. In other words, 50.01% approval will pass it.

If it passes, when would marijuana be legal to possess?

Possession would become legal for all adults on or near Feb. 8, 2023. The proposal specifies that the rules contained in the approved initiative would become effective 90 days after voters approve it.

When will legal weed stores open?

It’s unclear. SQ 820 makes it clear that the state (in the form of the Oklahoma Medical Marijuana Authority) will be required to post the rules and regulations for a legal adult-use system no later than May 8, 2023.

The initiative contains no absolute deadline for store openings. In theory, legal weed stores could open as soon as late May or June, 2023.

Who will operate the stores?

Who will operate the stores?

For the first two years of legal adult-use sales, retail sales licenses will be issued only to operators of state-licensed medical marijuana dispensaries that have been in business for at least one year as of Feb. 8, 2023.

Can I open a weed store?

Between now and Feb. 6, 2025, the answer is no—unless you already operate a state-licensed medical marijuana dispensary.

The good news is that once the state opens up adult-use cannabis licenses to new companies, those applications and licenses will be relatively inexpensive. SQ 820 caps the fee for an application and a license at $2,500. Which is a lot less than some other states charge.

What are the penalties for underage use?

SQ 820 contains a clause that sets the penalty for underage (under 21) possession or use as a $100 fine, with the option of attending four hours of drug education or counseling in lieu of the fine.

What are the penalties for possessing more than one ounce?

If you’re over weight (possess more than one ounce of cannabis flower), you will be subject to a $200 fine—but only if the possession weight is two ounces or less.

It’s unclear what the penalties for holding more than two ounces would be, but presumably tougher than a $200 fine.

Can I grow my own?

The plants must be “not visible and recognizable as marijuana by normal, unaided vision from a public place.” In other words, you’ve got to shield it from public view, whether that’s with curtains, a fence, whatever.

Home growers whose plants are determined to be publicly visible could be subject to a fine of up to $250.

When could I start growing my own?

Could I smoke a joint in public?

No. Smoking or vaping cannabis in public would be penalized by a fine of up to $25, but not arrest.

What about gun ownership protections?

SQ 820 contains a clause that protects the rights of gun owners to legally purchase and enjoy cannabis.

Yes. Oklahoma’s SQ 820 contains a forward-thinking provision that protects a parent’s right to enjoy cannabis responsibly, without risking the loss of their children.

The measure says: “A person shall not be denied custody of or visitation or parenting time with a minor child, and there is no presumption of neglect or child endangerment, for conduct that is addressed and permitted by this Act, unless the behavior of the person creates an unreasonable danger to the safety of the minor child.”

Leafly has investigated and documented the harm visited on parents and children by state child welfare agencies, who have penalized law-abiding adults and ripped apart families due to an adult exercising their right to consume cannabis legally.

Oklahomans for Sensible Marijuana Laws are the leading advocates in Oklahoma, and they are heading up the Yes on 820 campaign.

Early challenges intended to keep SQ 820 off the November ballot (they failed, it’s on the ballot) have been led by the Luke Niforatos, head of the prohibitionist Protect Our Kids PAC.

Niforatos partnered with a handful of locals, some of whom (according to the public-interest journalism site Oklahoma Watch, below) are affiliated with the Oklahoma Farm Bureau, the state’s powerful agriculture lobbying organization.

Oklahoma’s GOP Governor Wants To Legalize Marijuana Federally, But Not In His Own State