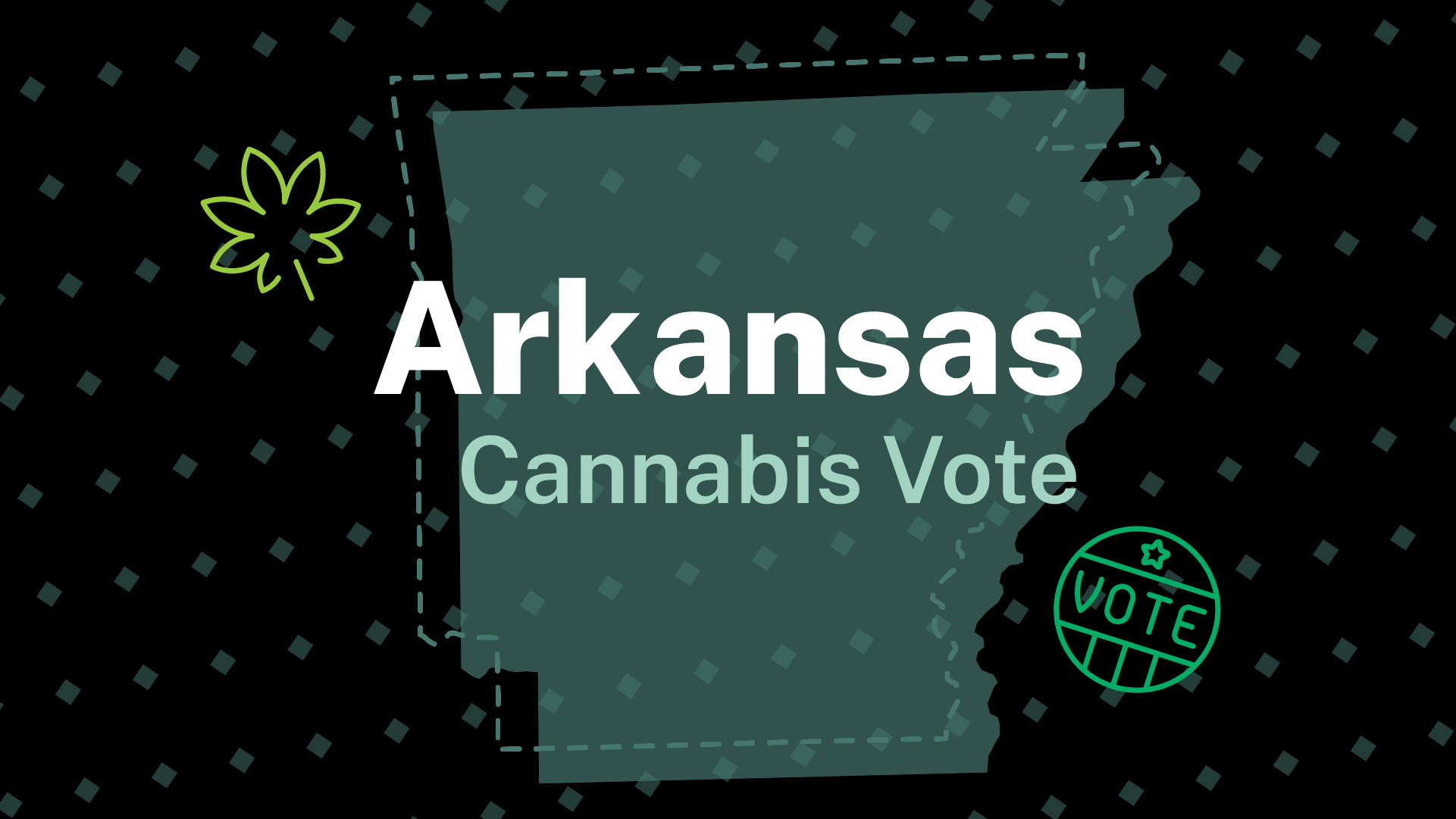 Amendment 98, also known as the Arkansas Adult Use Cannabis Amendment, is a constitutional amendment that would expand Arkansas’ cannabis industry from medical to recreational. Here’s the scoop on the initiative and what it would do.

Is this medical or adult-use legalization?

If Amendment 98 passes, cannabis possession and use would be legal for all adults 21 and older.

Medical cannabis is legal in Arkansas. Adult-use cannabis, however, is illegal. The state has not decriminalized cannabis, although Fayetteville, Little Rock, and Eureka Springs have deprioritized the enforcement of cannabis possession laws.

Voters passed the Arkansas Medical Marijuana Amendment, or Issue 6, n 2016. Lawmakers integrated it into the Arkansas constitution in 2017. The amendment created a comprehensive system for medical marijuana in the state and extended considerable legal protection to patients, physicians, and caregivers.

Under existing laws, medical marijuana patients can purchase up to 2.5 ounces of cannabis every 14 days from state-approved dispensaries, but they cannot cultivate marijuana themselves. The law also protects patients from prejudice in employment or tenancy situations.

Here’s what Amendment 98 would do

The proposed amendment would legalize possession and consumption for adults in Arkansas. It would also allow licensed operators to begin selling cannabis with regulatory approval.

How do I vote in Arkansas?

Click here to register and find your nearest polling location, or to request an absentee ballot.

If it passes, when would marijuana be legal to possess?

Starting November 18, 2022, Amendment 98 would “authorize the possession, personal use, and consumption of cannabis by adults and to authorize the cultivation and sale of cannabis by licensed commercial facilities under the limitations provided in this amendment.”

If Amendment 98 passes, adults would be able to purchase and possess up to one ounce of cannabis legally.

When could I start growing my own?

Sorry, private home cultivation is not permitted under the terms of Amendment 98.

When would weed stores open?

It’s unclear what date adult-use sales would begin in Arkansas.

Regulators would need to license medical operators to expand into recreational sales, while also distributing up to 40 licenses through a lottery system to new businesses. According to the initiative, beginning March 8, 2023, licensed stores would be allowed to begin buying wholesale products.

Could I smoke a joint in public?

The new initiative does not cover public consumption restrictions or allowances. But under current law, Arkansas has clear guidelines regarding the consumption of medical cannabis in public. Act 740 says that qualifying patients are not permitted to possess, smoke, or engage in the use of cannabis in the following places:

Neither the current law nor the new act do not outline penalties for the offense of public cannabis consumption.

The amendment would allow wholesale and commercial operations that are run by state-licensed companies. Dispensaries would be limited to cultivating 100 seedlings, double the current medical limit.

Regulation would be handled by the state Alcoholic Beverage Control (ABC) Division of the Department of Finance and Administration. These departments would oversee the issuance of licenses.

Any equity or small-business licenses?

No. There are no provisions to address the harm to people and communities by the failed War on Drugs, including expungements, record sealing, or social equity opportunities for licensing.

Can new businesses apply for a license?

Yes. There will be up to 40 new adult-use dispensary licenses granted in addition to expansion licenses for current medical operators. There will also be opportunities for cultivators, manufacturers and lab testing technicians.

Individuals who own less than 5% of a given cannabis business would be exempt from background checks.

How many weed stores will be allowed?

A lottery system would award licenses for 40 new adult-use retailers, in addition to currently operating medical marijuana dispensaries approved for expansion into the adult-use space.

When would microbusiness applications be available?

The amendment would allow municipalities to hold local opt-out elections that decide on prohibiting retail sales, but they could not overrule state law to prohibit possession or use within their jurisdiction.

Would medical marijuana patients be protected?

The ballot measure would make small changes to the existing medical program including the removal of residency requirements as a qualification for becoming a patient in the state.

Would marijuana be taxed?

Arkansas would impose a 10% supplemental tax on recreational cannabis sales, in addition to the existing state and local sales tax.

Where would marijuana tax revenue go?

70% of cannabis tax revenue would go to the state’s general fund. The remaining revenue from cannabis sales would be split between law enforcement (15%), state university research into the plant (10%) and drug court programs statewide (5%).

What about the expungement process?

There is no language regarding expungement or other forgiveness for residents with cannabis convictions from state or local authorities.

Safe and Secure Communities is an anti-cannabis group that doesn’t want recreational cannabis on the ballot. They claim that the initiative doesn’t clearly “disclose the elimination of the currently existing THC limitation in the Arkansas Constitution.” SSC also flatly calls the citizens’ initiative “misleading, fraudulent, and illegal.”

State officials asked the court not to deny the injunction. They explained in a brief that it would be “manifestly unfair” to put the measure on the ballot before the legal challenge is resolved.