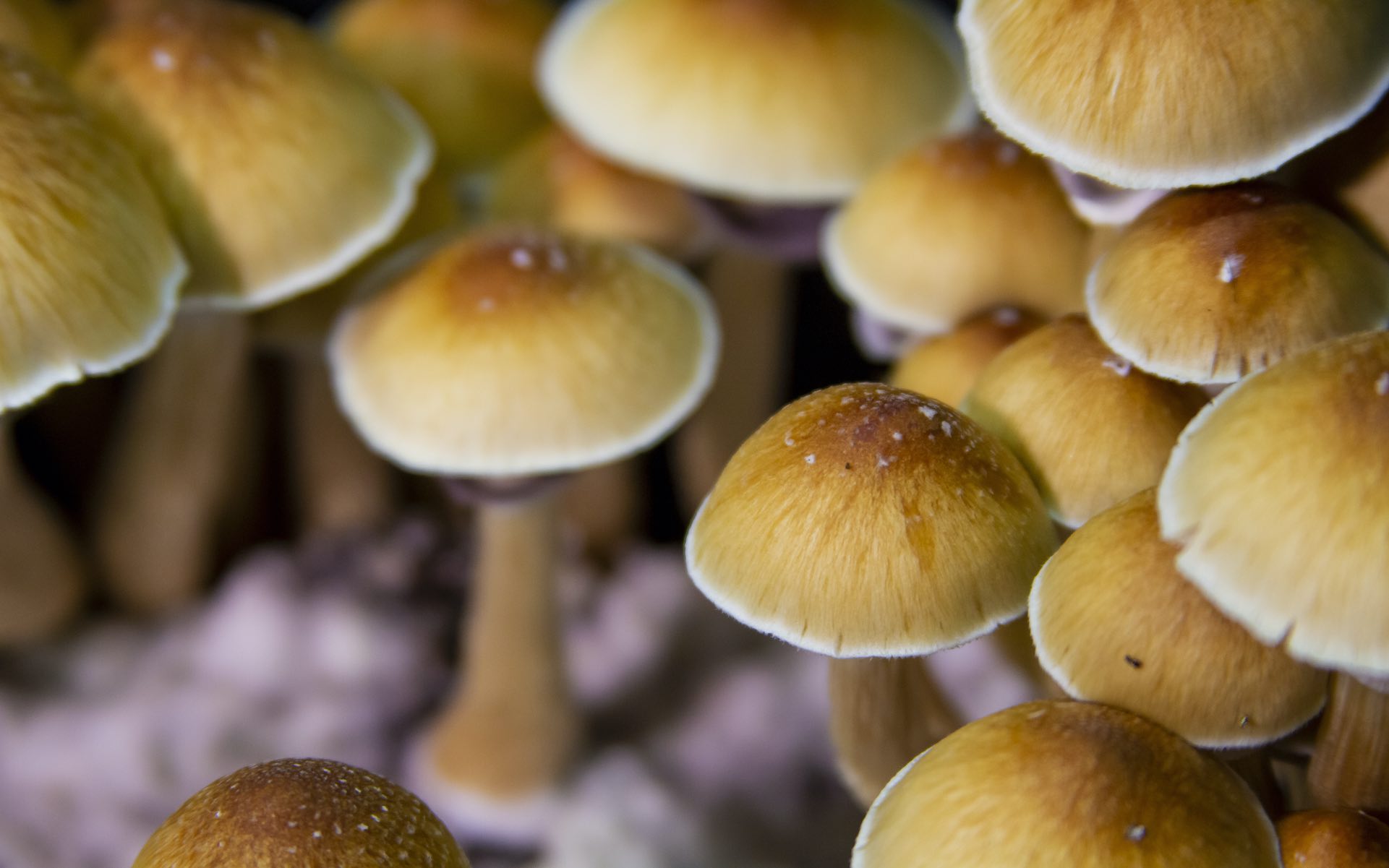 On Nov. 8, Colorado will vote on the Natural Medicine Health Act (NMHA), a multi-pronged initiative to decriminalize entheogens, establish an industry for legal psilocybin, and set the stage for the legalization of other psychedelics.

While the measure—also known as Initiative 58—has generated excitement both within Colorado and across the country, it has also drawn criticism from some pro-decriminalization activists in Colorado whose own decrim measure failed to make the November ballot.

That failed effort—known as Initiative 61—was led by the Decriminalize Nature Colorado campaign. Its leaders remain some of the most vocal opponents of the NMHA.

In essence, they argue that the NMHA is fueled by out-of-state interests—primarily the national New Approach PAC—who, they claim, are rushing to cash in on psychedelic legalization. They also contend that the measure doesn’t provide adequate equity provisions, and that psilocybin treatment will prove prohibitively expensive for many adults.

But do those claims hold water? To learn more, we dug into the initiative text and spoke to representatives of Natural Medicine Colorado—the campaign behind Initiative 58—and Decriminalize Nature Colorado, as well as New Approach.

What exactly does Initiative 58 do?

Before we jump into the drama surrounding the measure, let’s take a peek inside Initiative 58. It covers a lot of ground.

If it passes with more than 50% of the vote on Nov. 8, Initiative 58 would effectively decriminalize the possession, use, personal cultivation, gifting, and transport of naturally-occurring entheogens, statewide. The category of entheogens encompasses a spectrum of plants, fungi, and natural materials that inspire non-normative states of mind.

Initiative 58 doesn’t just decriminalize, though. The measure would also establish a framework for a statewide medical psilocybin industry.

State officials would be required to create a process for licensing manufacturers, testing labs, and healing centers, where adults could legally consume psilocybin with the assistance of trained facilitators.

Patients who wished to participate in these sessions would be required to attend three sessions: Preparation, Administration and Integration.

Medical treatment guidelines would be established

Unsubsidized treatment would likely cost around $3,000, according to a leading proponent of the measure. The initiative also includes general goals to incentivize reduced-cost treatment for low-income adults.

Initiative 58 requires the existing Colorado Department of Regulatory Agencies (DORA)—led by a new, 15-member Natural Medicine Advisory Board—to establish rules for the program in 2024. According to Taylor West, chief of staff for New Approach, healing centers would likely open by early 2025.

After June 1, 2026, the advisory board could decide to expand the scope of the law to provide a similarly regulated market for any or all of the following entheogens: Ibogaine, dimethyltryptamine (DMT), and mescaline (not derived from peyote).

The Initiative 58 campaign has received over $2.7 million from the New Approach PAC, its primary funder.

Since 2014, the DC-based New Approach organization has funneled at least $13 million into various cannabis and psychedelics legalization and decrim campaigns across the country, including Oregon’s 2020 psilocybin legalization measure, and Washington DC’s 2020 psychedelic decrim measure.

New Approach’s donations and relationship to Natural Medicine Colorado have become a central concern for the measure’s opponents. Melanie Rose Rodgers, who helped lead the failed Initiative 61 campaign—as well as the successful 2019 campaign to decriminalize psilocybin in Denver—expressed her belief that these donations will enable New Approach to exert influence over the program.

“You are beholden to your investors,” she told Leafly. “People will want a return on their investment.”

“The cannabis industry is positioning themselves to be part of this billion dollar industry,” she added, citing a 2021 MJBiz commentary that encouraged investment in the coming “shroom boom.” That op-ed cited a Research & Markets report forecasting the global psychedelic industry to be worth nearly $11 billion by 2027. For comparison, 2022 sales in the legal cannabis industry in the US alone are forecast to be in the $25 billion range.

Matthew Duffy, the co-founder and co-ecosystem director of the Society for Psychedelic Outreach, Reform and Education (SPORE), made a similar argument in a recent op-ed in the Denver Post. Initiative 58, he wrote, “puts profit over people and commercialization over the community.”

While New Approach officials did serve as advisors during the drafting of Initiative 58, Leafly could not find any evidence that the organization would benefit directly from their involvement in the initiative campaign.

According to the political funding watchdog site OpenSecrets.org, the top contributors to New Approach in the 2018 and 2020 campaign cycles were Dr. Bronner’s Magic Soaps, the Van Ameringen Foundation, and Scotts Miracle-Gro.

David Bronner, the CEO of the Dr. Bronner’s Soap Company, is a well-known advocate for the decriminalization of psychedelic substances. The nonprofit Van Ameringen Foundation funds innovative mental health programs for people and communities with limited financial means. Scotts Miracle-Gro primarily sells fertilizer, but the company has bet big on the cannabis industry, too.

(Full disclosure: Privateer Holdings and Tilray also appear among the past-cycle contributors to New Approach PAC. Leafly had business ties to those companies in the 2010s, but Leafly today stands alone as a self-sufficient public company.)

‘They believe in potential for psychedelic healing’

In a recent interview, Taylor West, of New Approach, defended her organization’s motives and intentions.

“Our donors are philanthropists who are involved because they believe in the potential for psychedelic healing,” she told Leafly. “That’s the only reason. There’s no truth to the idea that this is somehow trying to back channel some controlled situation.”

Rick Ridder, a veteran political consultant currently working for the Initiative 58 campaign, pushed back against the idea of a lucrative industry ready to pop up in Colorado.

“I must get a call a week from people asking ‘How do we make money from this? How do we do it?’” he said. “I say: ‘We don’t.’ It’s not as if you’re going to be able to walk down the street and see a psilocybin shop on the corner.”

Incentivizing equity or ignoring it?

Opponents of Initiative 58 highlight its lack of equity licensing provisions. They’re correct that the NMHA does not include much explicit language on that front.

Although the measure stipulates that regulators may “not impose unreasonable financial or logistical barriers” for “low income people” to acquire a facilitator license, it does not provide any specifics, or reference other types of equity licenses.

Rodgers, of the I-61 campaign, voiced her fear that the program board will dismiss the voices of individuals familiar with indigenous medicine. She cited language in the measure that requires only one of the fifteen advisory board members to have “expertise or experience in traditional indigenous use” of natural medicines.

Proponents of the measure, however, say Initiative 58 provides more robust equity provisions than it explicitly addresses. In a blog post about the measure, David Bronner argued that the initiative’s access program fund will be used to “financially sponsor and support BIPOC and other marginalized and financially disadvantaged communities to access facilitator training as well as treatment under the regulated model.”

Taylor West, of New Approach, confirmed the intent of the access fund. “It’s not in the scope of the initiative to…address the issue,” she acknowledged. She additionally pointed out that the measure seeks to “incentivize” affordable access.

Different approaches to the legacy market

Rodgers argued that her decrim campaign sought to champion the state’s legacy cultivators far more than the NMHA. “A lot of us really believe in decriminalization first. That’s what Initiative 61 was about: Let’s protect legacy people first before we bring in a red carpet [for] out-of-state interests,” she said.

I asked Ridder, the campaign consultant, why someone would opt for state-sanctioned treatment at $3,000 when they could acquire entheogens on their own via a legacy market.

“I don’t know how big a legacy [market] there is. Not as big as a Subaru Legacy,” he quipped in reply. “Our goal is to make it available and also so that you don’t have people going to the legacy market.”

No local ban on healing centers

According to the text of the NMHA, counties and municipalities “may not ban or completely prohibit” healing centers. Opponents see the policy as overly aggressive.

“How colonizing is that?” Rodgers told Leafly. “They’re going to say, ‘Hey, we know this is best for you. We’re going to come in and you can’t say no.”’

In response, Ridder pointed out that localities can still zone healing centers, and put limitations on their operating hours. Those regulations, per the measure text, cannot be “unreasonable.”

A decade of experience with cannabis legalization hasn’t made the opt-out question any less thorny. With cannabis, allowing local leaders to prohibit legal, licensed cannabis stores (or any kind of cannabis company at all) in their communities has been seen as a way to defuse potential opposition to statewide legalization measures.

At the same time, opt-out measures allow local leaders to re-impose prohibition within their limited boundaries. And those local bans have made it more difficult for states to migrate consumers over to the legal system and extinguish the illicit cannabis market.

Sam Chapman served as the campaign manager for Oregon’s successful 2020 psilocybin legalization campaign. He addressed the opt-out risk in a recent interview with The Microdose newsletter.

“Including the opt-out option was a political calculation we made,” Chapman said. “We were thinking: What type of opposition might show up during the campaign if we don’t do this? And we have seen plenty of different non-psychedelic related campaigns that assert authority over entities like local governments. People will fight tooth and nail to defeat those campaigns.”

The NMHA will allow at-home treatment, with limits on possession

During our conversation, Rodgers expressed concern that initiative language opens the door to the state putting limits on personal possession or “off-site use” down the road.

Taylor West, of New Approach, responded that the limits only apply to state-sanctioned treatment taking place at patients’ homes.

“The legislature is not involved in defining personal use limits. The recommendations that the Advisory Board will make to the legislature will involve rules around the provision of medicine in the regulated access program…for specific situations where patients are not able to travel,” she told Leafly.

A real nail-biter of a campaign

With the election less than two months away, both proponents and opponents of the measure hope to get their message out. The most recent poll—conducted in 2021 by Rick Ridder’s RBI Strategies & Research—puts support at a tight 50%.

I asked Taylor West how her team is approaching the general campaign.

“People really understand that we’re facing a mental health crisis right now. When you talk to people about that, heads nod,” she said. “The treatments we have now are not helping.”

As for the opposition, Rodgers declined to delve into the particulars of her plan. But her objective was clear: “Be loud.”