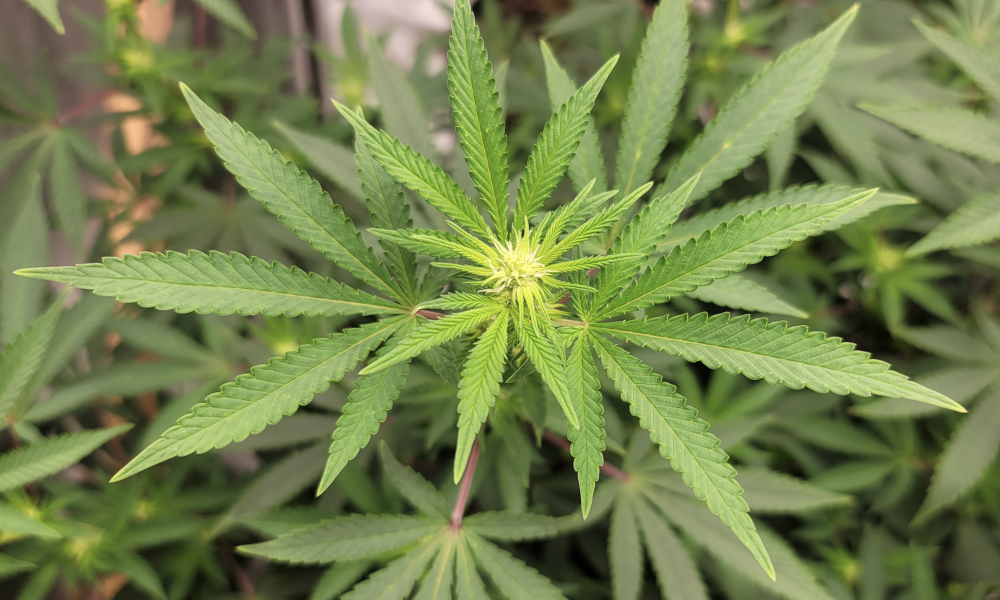 A Delaware House committee has approved the first of a pair of bills to legalize marijuana in the state, this one focusing on regulations for an adult-use program that’d be created if the complementary, simple legalization legislation is also enacted.

The House Revenue & Finance Committee passed the bill, HB 2 from Rep. Ed Osienski (D), in a 7-2 vote on Tuesday. It deals with issues like taxing cannabis products and promulgating rules for the market.

The other measure from the same sponsor, HB 1, is set to be taken up in a separate committee on Wednesday. These developments come just days after the revised proposals were introduced for the 2023 session.

Osienski took a similar, bifurcated approach for the reform last session and saw the legislature pass the basic legalization proposal while narrowly defeating the regulatory measure. Gov. John Carney (D) vetoed the former legislation, and the House didn’t have to votes for an override.

The bill “creates the legal framework to license and regulate a new industry to create well-paying jobs for Delawareans while striking a blow against the criminal element which profits from this ever-growing and thriving illegal market for marijuana in our state,” the sponsor said at Tuesday’s hearing.

The legal sales legislation will now move to the House Appropriations Committee, after which point it could advance to the floor, with Osienski saying that could happen in March.

Here’s what the HB 1 legalization bill would accomplish:

State statute would be revised to legalize the possession, use, sharing and purchasing of up to one ounce of cannabis for adults 21 and older.

To avoid abuses of the “gifting” provision, the bill stipulates that “adult sharing” would not include giving away cannabis “contemporaneously with another reciprocal transaction between the same parties” such as an exchange of a non-marijuana item.

People under 21 who engage in such activity would be subject to a civil penalty of up to $100 for a first offense. Police could use discretion and issue a citation in lieu of that fine, however.

Here’s an overview of the key provisions of the HB 2 regulatory bill:

The legislation would provide a basic framework to create a regulated system of cannabis commerce for adults in the state.

The Division of Alcohol and Tobacco Enforcement (DATE) would be responsible for regulating the market through a new Office of Marijuana Control Commissioner.

For the first 16 months of implementation, regulators could approve up to 30 cannabis retail licenses.

Applicants who show that they’d provide a living wage, health insurance coverage, sick and paid leave and focus on diversity in hiring would be prioritized in the licensing scoring process.

That fund would also go toward “creating or developing technology to assist with the restoration of civil rights and expungement of criminal records.” However, the legislation itself doesn’t provide for automatic expungements.

In additional to conventional retail, cultivator, manufacturer and laboratory licenses, the bill would additional provide for social equity and microbusiness licenses (reserved for applicants with majority ownership by Delaware residents).

Localities would be able to prohibit marijuana businesses from operating in their area through ordinance.

Adult-use marijuana sales would be subject to a 15 percent sales tax. Medical cannabis products would not be taxed.

Osienski said that several state agencies have outlined certain “concerns” that they have with the legislation, and that it’s his intention to work with officials before the bill moves to the floor.

A representative of the state Department of Agriculture testified on Wednesday, saying that the agency is worried about provisions allowing for outdoor cultivation, as it’s possible that the activity could interfere with the state’s hemp program if plants become cross-pollinated.

A Department of Revenue official urged more time to develop record-tracking systems for the industry and voiced concerns about ongoing banking access issues under federal prohibition.

Other agencies like the Department of Revenue have submitted requests for funding to support additional staff if the measure is enacted, Osienski said.

The “whereas” section of the legislation states that “the creation of a legal, regulated marijuana industry would effectively eliminate the illegal market for marijuana in Delaware by diverting demand away from illicit cartels and enterprises, and provide law enforcement officials the legal means necessary to ensure the safe legal use of marijuana in Delaware.”

It would further “address criminal justice concerns related to criminalization and prohibitions on the production, possession, and transportation of the substance,” including historic racial disparities in marijuana enforcement.

Beyond regional legalization developments putting pressure on Delaware to enact the reform, advocates are also increasingly optimistic about the legislation’s prospects given that last year’s election added more progressive lawmakers to the legislature.

Because the regulatory bill includes tax components, it requires a three-fifths majority of lawmakers to approve it. The basic legalization measure only needs a simple majority.

Osienski made the calculated decision to break up the measures in the previous session after an earlier proposal that included both components was rejected in the House because it failed to reach the three-fifths vote requirement.

But while there are high hopes that the new legislation will make it through both chambers, it remains to be seen how the governor would approach it given his ongoing opposition to comprehensive legalization, or whether the votes are ultimately there to override a potential veto.

In October, Carney vetoed a more narrowly tailored bill that would have clarified that medical marijuana patients are not prohibited from buying, possessing or transferring firearms under state law

A strong majority of Delaware voters support legalizing marijuana—including nearly three in four Democrats who back the reform that the state’s Democratic governor vetoed last year, according to a poll released that month.