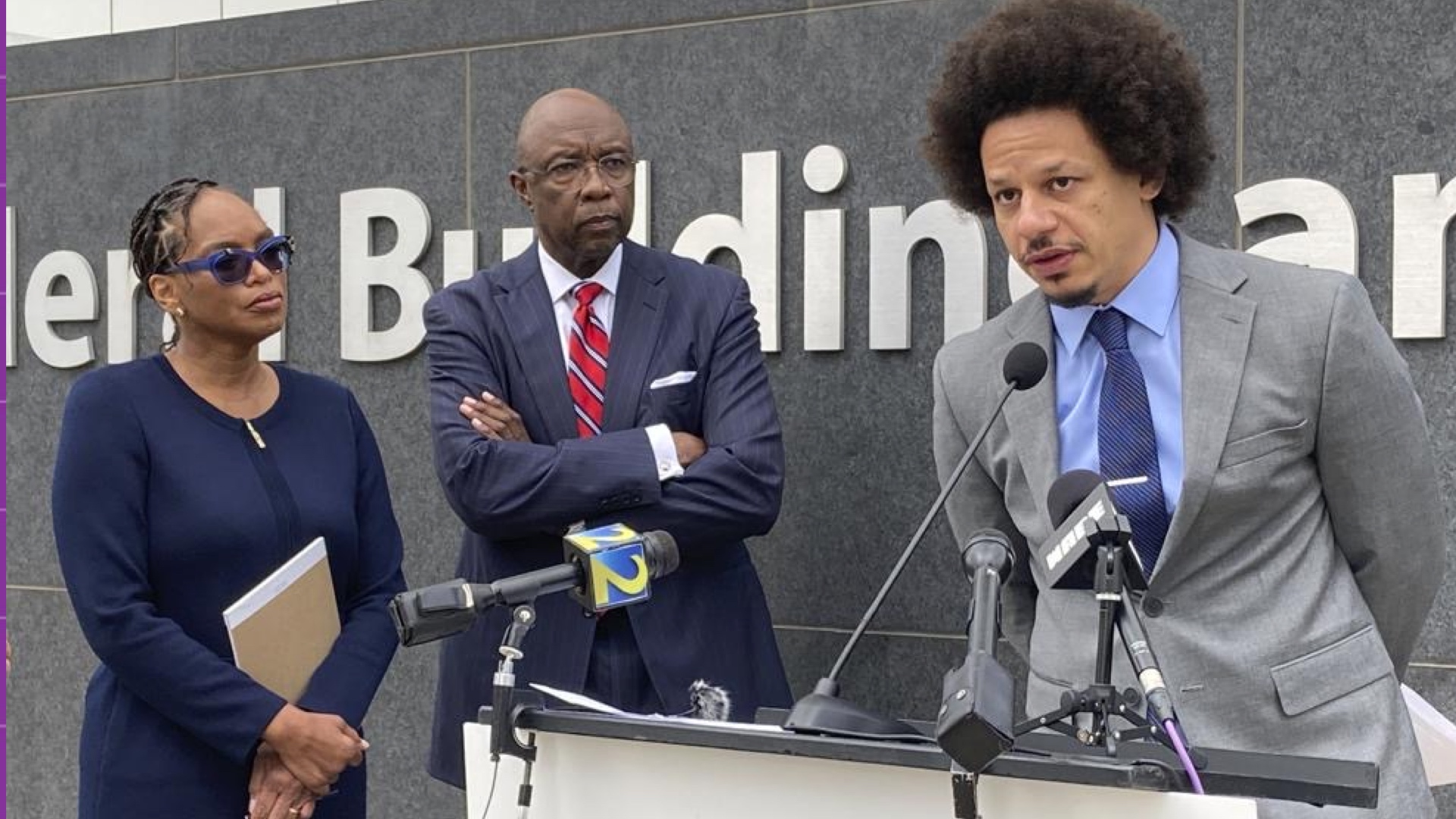 Lawyers for Eric André and Clayton English filed a federal lawsuit Tuesday alleging they were racially profiled and illegally stopped by police at the Atlanta Airport.

Comedians Eric André and Clayton English are challenging a police program at the Atlanta airport they say violates the constitutional rights of airline passengers, particularly Black passengers, through racial profiling and coercive searches just as they are about to board their flights.

The two men, well known comedians and actors, say officers singled them out during separate stops roughly six months apart because they are Black and grilled them about drugs as other passengers watched.

“People were gawking at me and I looked suspicious when I had done nothing wrong,” André said in an interview, calling the experience “dehumanizing and demoralizing.”

While the stated purpose of the program is to fight drug trafficking, the lawsuit says, drugs are rarely found, criminal charges seldom result, and seized cash provides a financial windfall for the police department.

Clayton County police officers and investigators from the county district attorney’s office selectively stop passengers in the narrow jet bridges used to access planes, the lawsuit says. The officers take the passengers’ boarding passes and identification and interrogate them, sometimes searching their bags, before they board their flights, the lawyers say in the lawsuit.

Clayton County police officers and investigators from the county district attorney’s office selectively stop passengers in the narrow jet bridges used to access planes, the lawsuit says. The officers take the passengers’ boarding passes and identification and interrogate them, sometimes searching their bags, before they board their flights, the lawyers say in the lawsuit.

The police department calls the stops “consensual encounters” and says they are “random,” but in reality the stops “rely on coercion, and targets are selected disproportionately based on their race,” the lawyers argue.

Those 402 stops resulted in three reported drug seizures: about 10 grams of drugs from one passenger, 26 grams of “suspected THC gummies” from another, and six prescription pills without a prescription from a third, the lawsuit says. Only the first and third person were charged.

Those 402 stops also yielded more than $1 million in cash and money orders from a total of 25 passengers. All but one were allowed to continue their travels, and only two — the ones who also had drugs — were charged, the lawsuit says. Eight of the 25 challenged the seizures, and Clayton County police settled each case, returning much of the seized money, the lawsuit says.

Carrying large quantities of cash doesn’t mean someone is involved in illegal drug activity, the lawyers argue in the lawsuit, noting that people of color are less likely to have bank accounts and are more likely to carry large sums when they travel.

English was stopped while flying from Atlanta, where he lives, to Los Angeles for work on Oct. 30, 2020, the lawsuit says. André had finished a shoot for HBO’s “The Righteous Gemstones” and was traveling from Charleston, South Carolina, to his home in Los Angeles on April 21, 2020, when he was stopped after a layover in Atlanta.

Officers blocked them as they entered the jet bridge and asked if they were carrying illegal drugs, the lawsuit says. Both were asked to hand over their boarding passes and identification. An officer said he wanted to search English’s bag, and English agreed, not believing he had a choice.

“I felt completely powerless. I felt violated. I felt cornered,” English said at a news conference outside the federal courthouse in Atlanta. “I felt like I had to comply if I wanted everything to go smoothly.”

André complained about his stop right after it happened. Clayton County police said at the time that it was “consensual.”

André said he felt a “moral calling” to bring the lawsuit “so these practices can stop and these cops can be held accountable for this because it’s unethical.”

One of the lawyers who filed the lawsuit, NYU School of Law Policing Project co-founder Barry Friedman, encouraged anyone else who has had similar experiences to get in touch.

The lawsuit names Clayton County and the police chief, as well as four police officers and a district attorney’s office investigator. It alleges violations of the constitutional rights that protect against unreasonable searches and seizures and against racial discrimination.

The comedians seek a jury trial and ask that the Clayton County police jet bridge interdiction program be declared unconstitutional. They also seek compensatory and punitive damages, as well as legal costs.

Can employers drug test workers for marijuana in my state?