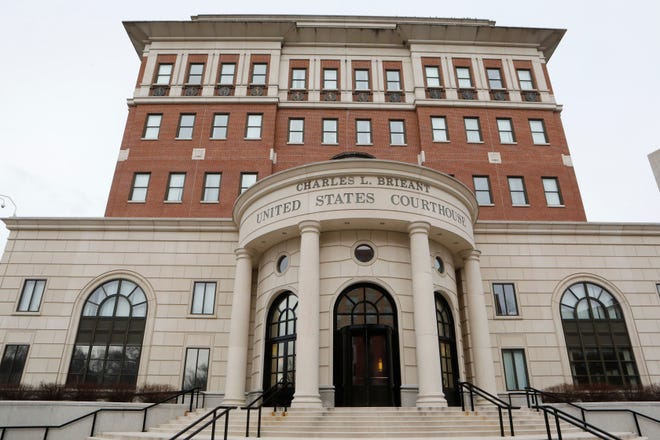 A former Yonkers gang member was sentenced to 20 years in federal prison for his role in a 2011 fatal shooting during a marijuana robbery in White Plains.

The sentence was imposed Monday by U.S. District Judge Nelson Roman, who rejected Marcus Chambers’ bid to have a previous 11-year prison term for gang activity credited to the 20 years.

Prosecutors had argued against that effort because the killing of Jonathan Johnson had not been factored into Chambers’ earlier conviction.

Prior to sentencing, Chambers wrote to Roman expressing his remorse for the killing. He insisted he was a changed man, eager to put the violence of his teen years behind him.

On March 18, 2011, Johnson was fielding phone orders for a drug dealer who was out of town. Chambers called him to arrange a marijuana purchase and Johnson met him and Darnell Kidd outside 45 DeKalb Ave. But instead of buying marijuana the pair robbed him at gunpoint.

According to court documents, Kidd was pistol-whipping Johnson when the gun accidentally went off and a bullet struck Johnson in the chest. The two men fled with some of the marijuana and Johnson tried to drive off but was mortally wounded and struck a tree.

Chambers was a suspect from the outset but the pair were not indicted until 2020, when both were already serving federal prison terms for their gang activity.

Kidd is awaiting trial in Johnson’s slaying. Chambers, 31, pleaded guilty to robbery charges last year and faced up to 25 years in prison.

“(Johnson) lost his life, his family lost a beloved son and his community lost a friend because Chambers and Kidd didn’t want to pay for marijuana,” they wrote to Roman last week. “Chambers’ greed, and willingness to resort to violence, cost Jonathan his young life.”

They include excerpts of a letter to the judge from Johnson’s mother, who described the pain of having to explain to her 7-year-old daughter that her big brother was never coming home. The girl had been waiting for Johnson to pick her up for dance class that afternoon and kept calling to see where he was.

“This tragedy that we have had to endure has left us shattered, broken, empty and beyond hurt,” the mother wrote. “The pain never goes away.”

In his letter to Roman, Chambers described the Yonkers where he grew up as a “war zone” and that he was surrounded by drugs and violence from a young age without a stable home life.

“I’ve tried sports and other activities yet the only time I remember being embraced was after I displayed my ability to be violent,” he wrote. “My understanding of love at the time was directly connected to the admiration I received in the streets as a child.”

He described starting a journal, which turned into a book he titled “Poetic Tears of Ink, a Lost Soul Released.”

He told the judge he has qualified for vocation licenses and served as a tutor in prison. He expressed concern that if the previous incarceration was not credited, his “progress will be overshadowed by his teenage decisions.”

“I’m far from perfect and if you dig you will always find a flaw but I just want you to know I’m trying and fighting with every ounce of my soul,” Chambers wrote.