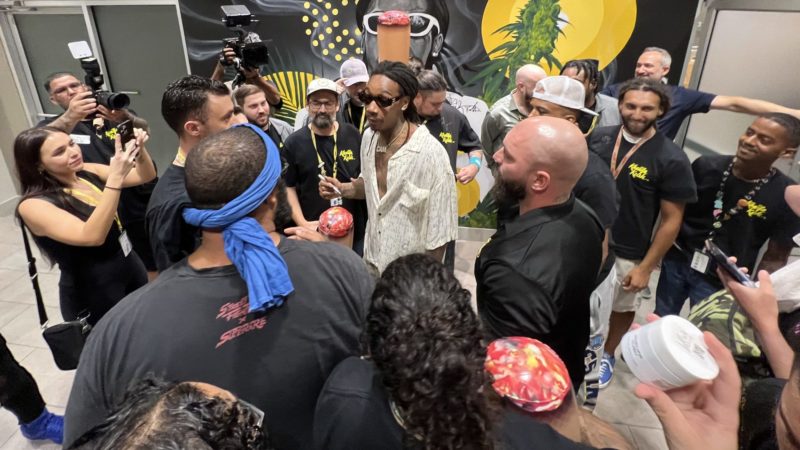 More than 200 people lined up outside Trulieve’s Coral Springs location on Saturday to witness rapper and businessman Wiz Khalifa “roll up” to the medical marijuana dispensary.

He marked the occasion by visiting the dispensary locations in Coral Springs, Hollywood, and North Miami Beach. Trulieve and Wiz Khalifa pushed back the original launch, scheduled for Oct. 1, due to Hurricane Ian.

The celebration is the first high-profile event for Trulieve’s location, which opened in July.

The event launch included a live DJ, Khalifa Kush products for purchase, merchandise such as shirts, and black and yellow popsicles.

Event attendees had the chance to enter a raffle to win tickets to the Khalifa Kush after-party in Miami.

The first 15 people to show up for the launch also had the opportunity to meet the rapper in a limited meet-and-greet which drove some people to camp out at the facility as early as Friday evening.

Joe Mitchell arrived at 6 p.m. to get registered to meet the rapper. Chris Sanchez arrived at midnight. His mission was simple: “Meet Wiz and buy weed.”

Others drove from as far away as Fort Lauderdale, West Palm Beach, Fort Pierce, and West Florida.

Steven Gonzalez left Tampa at 4 a.m. to drive to Coral Springs. He arrived at 8:30 a.m. Gonzalez stated that he first became a fan in 2010 when Khalifa dropped his “Kush & Orange Juice” mixtape.

“I came here just to meet Wiz,” he said. “I’ve been a big fan of Wiz Khalifa [and] I listen to all of his music every single day.”

Rosen stated that the company would start by selling smokable flower products, but they might consider expanding the range of products.

For Trulieve, Rosen said that working with Wiz Khalifa is about partnership and bringing opportunities in the cannabis industry, communities, and customers with somebody the company deeply respects.

“We worked in partnership with Khalifa and his team, and we really feel that Coral Springs is a great opportunity for him to meet the community,” she said.

According to a press release, Khalifa Kush, launched in 2015, offers a growing selection of flowers, pre-rolls, vapes, edibles, and concentrates in multiple states such as California, Nevada, Arizona, and Utah. Wiz Khalifa, himself, produced the Khalifa Kush strain that is in these products.

The rapper also recently commented on President Joe Biden’s decision to pardon all people convicted of simple marijuana possession at the federal level. 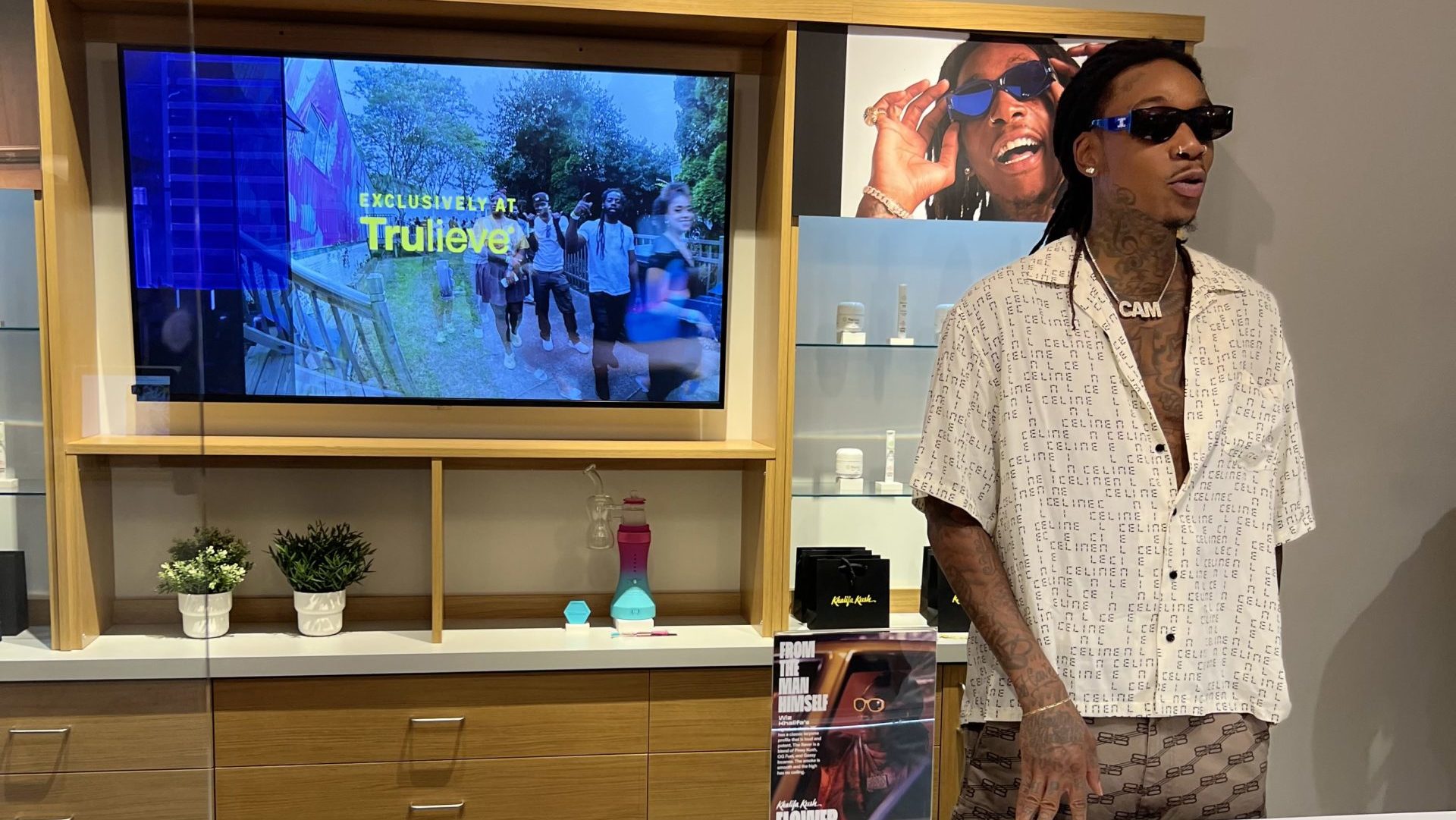 While the pardon does not pertain to state-level offenses, Wiz Khalifa welcomed the news.

“It’s awesome to see things are moving in the right direction,” he told TMZ. “Cannabis laws have negatively  impacted people for way too long.”

Trulieve plans to expand Khalifa Kush’s availability throughout Florida and in states such as Michigan and Pennsylvania.

Bryan Boggiano
A University of Florida journalism graduate, Bryan is pursuing his masters in geosciences at Florida International University. He has a strong interest in weather, entertainment, and journalism.