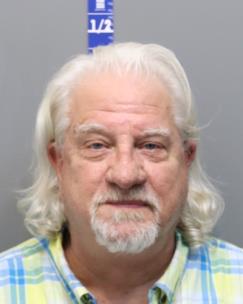 Davis Lundy, who was named recently as a policy advisor to new County Mayor Weston Wamp and who aided him in the campaign, has been arrested in Collegedale for DUI and a marijuana charge. He was also charged with violation of the open container law and violation of the implied consent law.

Mayor Wamp said, ““Having recently learned about Mr. Lundy’s arrest, I am very disappointed in his apparent lack of judgment. Mr. Lundy offered his resignation earlier today, which I accepted. I’m encouraged by the talented team we are building to lead county government into the future and we won’t be slowed by this regrettable distraction.”

In an incident on Thursday just before 11 p.m., an officer said he was traveling in the 5200 block of Little Debbie Parkway when he observed a maroon Jeep. He said he followed the vehicle to Apison Pike. While behind the vehicle, the officer said he could smell the odor of marijuana coming from the Jeep.

He initiated a traffic stop at 9416 Apison Pike.

The officer said he approached the vehicle and identified the driver after he handed over his driver’s license. He said he informed him that the reason for the stop was due to smelling marijuana coming from the vehicle.

The officer said he asked Lundy to exit the vehicle, but he continued to try to get back inside. He said officers continued to give him commands to step away from the vehicle. After three or four commands, he finally stepped in front of the patrol car, it was stated.

The officer said he needed to search inside the vehicle, and he said Lundy stated he did not mind. He said there was nothing illegal inside. He said he had smoked before he left his home an hour and a half earlier.

He said Lundy stated that he had been at Beef O’Brady’s, where he had an alcoholic drink and then poured a glass of wine in his vehicle when he left the restaurant. He admitted to officers that he took a few drinks of the wine while he was driving.

The officer said Lundy performed poorly on field sobriety tests. He declined to consent to breath and/or blood tests. A search warrant for a blood draw was issued.

Lundy, 67, was placed into custody and his Jeep was towed.