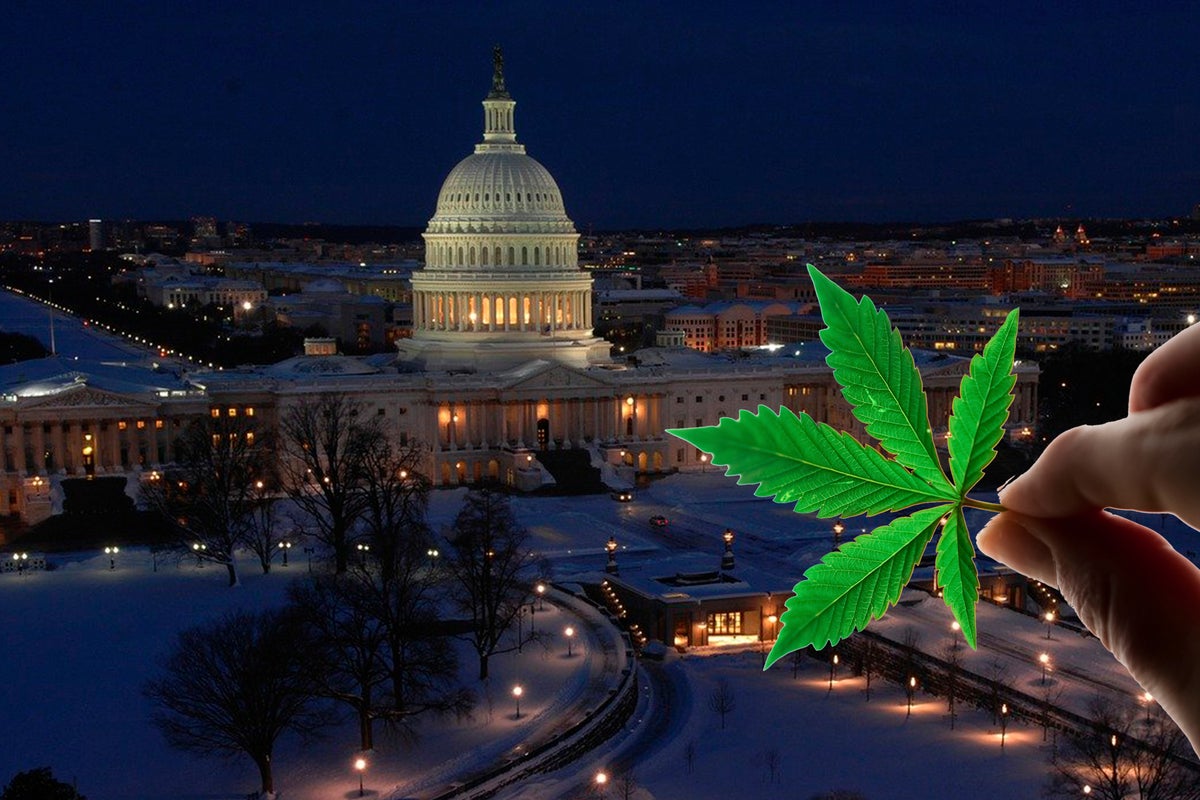 The U.S. House of Representatives passed a revised version of the bipartisan Medical Marijuana and Cannabidiol Research Expansion Act from Reps. Earl Blumenauer (D-OR) and Andy Harris (R-MD), in July in a 325-95 vote.

The Senate however hasn’t taken any action on it so far.

Instead, lawmakers have turned their attention to a separate package of incremental cannabis reforms related to banking policy change. Their efforts resulted in “SAFE Plus nearing completion after bicameral and bipartisan talks,” Sen. Jeff Merkley (D-OR) said recently.

Besides provisions to protect banks that work with state-legal cannabis businesses as well as capital components to raise the support of legislators who have resisted broader change centered on social justice, among other issues, the legislation will include a cannabis research component.

The Bill Has Enough Support To Pass Congress

However, the group of researchers with SAM, which is vociferously opposed to cannabis, is now pushing for passage of the standalone science bill.

“This bill would streamline the process for research necessary to improve our understanding of marijuana and its effects on the human brain and body,” says the letter to Schumer signed by twelve members of SAM’s Scientific Advisory Board. “As existing research already shows, there are myriad potential harms and benefits to marijuana and its various compounds. But we need to have a greater understanding of exactly how marijuana affects its consumers.”

In a press release, SAM’s president Kevin Sabet said it is “vital” that standalone science reach President Biden’s desk because marijuana use rates among Americans are growing by the day.

“With more Americans using marijuana today than ever before, it is critical that we streamline the process for research,” Sabet said, adding that the measure is the “only marijuana reform legislation that has enough support to pass Congress.”

Interestingly, the Senate green-lighted a separate piece of legislation focused on marijuana research in March. The bill from Sens. Dianne Feinstein (D-CA), Brian Schatz (D-HI), and Chuck Grassley (R-IA), the Cannabidiol and Marihuana Research Expansion Act, seeks to simplify the application process for researchers wanting to study cannabis. It will also encourage the Food and Drug Administration (FDA) to develop cannabis-derived medicines.

Photo: Courtesy of Kindel Media and 12019 by Pixabay

The Tacky Weed Bodega Is Everywhere (for Now)