The 'poster child' for social equity marijuana licenses looks to succeed, even against tall odds | Turn 420 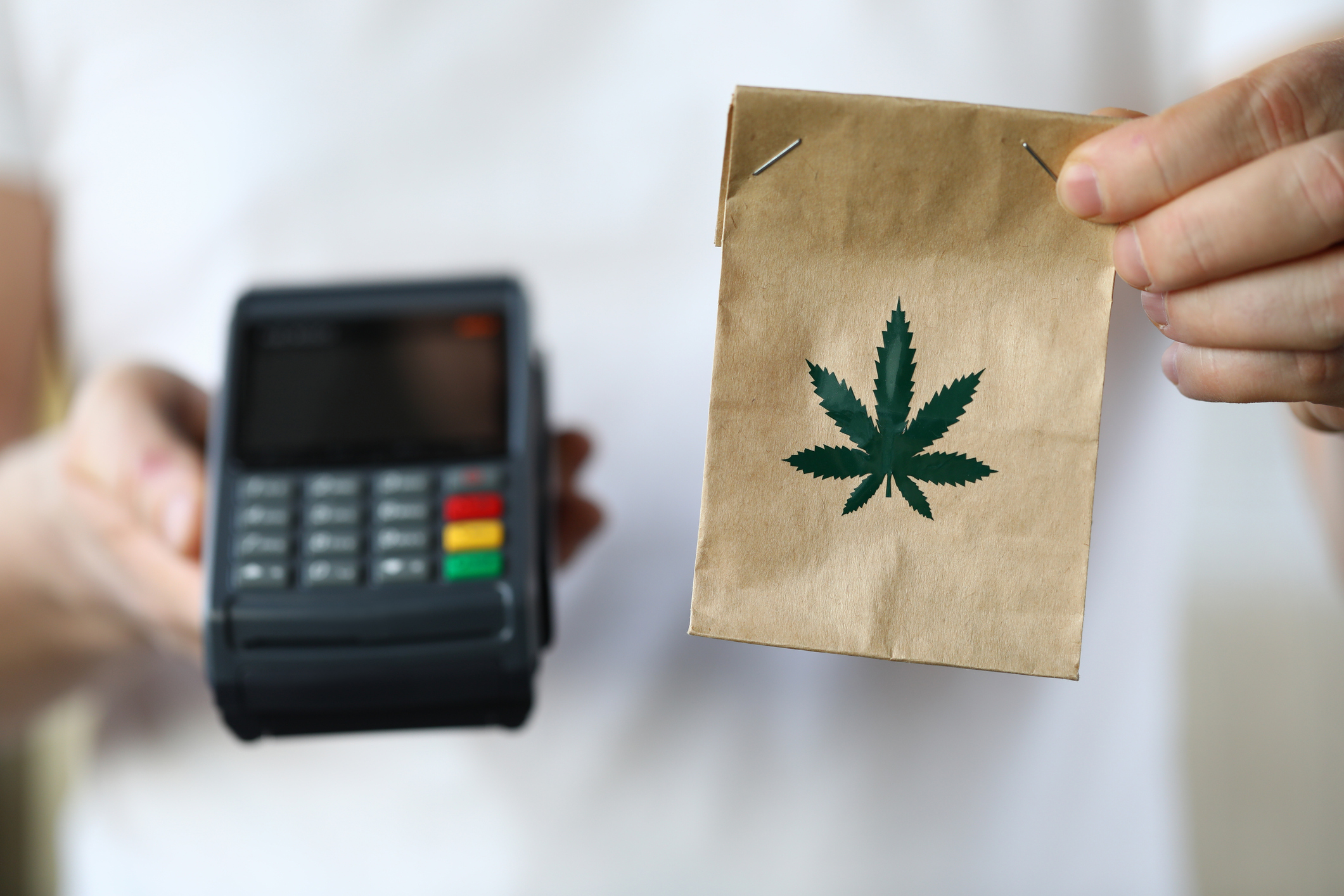 Photo via iStock/Getty Images Plus

Alicia Deals is the poster child for Arizona’s social equity program, and she is willing to pass up an immediate payday — risking no payday at all — in order to try to forge her own path in a complex and heavily regulated industry.

Deals is one of 26 winners of marijuana establishment licenses the Arizona Department of Health Services distributed in April through a much-anticipated lottery, and she is intent on becoming a successful cannabis entrepreneur. With her newly acquired license, she hopes to bring the benefits of the cannabis industry to one of the program’s targeted areas.

“This is a divine opportunity and we have major things to do,” Deals told the Arizona Mirror. “I’m here to make changes in the marijuana industry; community-based changes. It’s just not right that so many people have suffered.”

GET THE MORNING HEADLINES DELIVERED TO YOUR INBOX

Given she does not have the economic heft of a large, established multi-state operator (MSO) or the backing of a wealthy benefactor, opening a marijuana establishment will be an uphill climb. It is a challenge she is more than willing to accept.

Arizona’s social equity ownership program is intended to right the wrongs caused by marijuana prohibition during the decades-long war on drugs.

It was established by the passage of Proposition 207, which legalized adult-use recreational cannabis in 2020. The goal is to bring the economic benefits of legal cannabis to the communities that have been disproportionately harmed by nearly a century of punitive marijuana laws.

Deals found out about the social equity program through a family member and decided it was worth the gamble to get in on the lottery. At the time, the single mother of three was helping to run the family’s power washing company and doing entertainment promotions on the side.

Her sister had a small marijuana infraction that she was able to expunge from her record and her father was in the 11th year of a long cannabis-related prison term, so she was able to prove the harms done to her family through previous marijuana laws.

On Nov. 11, 2021, Deals formed Life Changers Investments LLC, and with money her family could ill-afford, bought four “tickets” for the license lottery — two for her and two for her sister.

“We have no formal marijuana background, but marijuana has been the biggest trial of our lives,” she said. “My main points in life, simply said, are faith, family and finance. I believe I have a big difference to make and want to help change lives.”

In order to help her through the application process, Deals entered a mentorship program, where she met Jon Udell, the acting co-director for Arizona NORML and a cannabis attorney at Rose Law Group in Scottsdale.

Udell considers Deals and the community she calls home to be the target demographic for the program.

“Through my involvement with social equity, I’ve been learning and reading about different areas and communities, and if you look at Phoenix, up until the 1970s, minority communities were confined to South Phoenix due to redlining,” he said. “It’s really the poster child for disproportionately impacted areas that the social equity program is supposed to benefit, so it’s really serendipitous that we have kind of a poster child of the program and a poster child community.”

Udell represents Deals through his position at Rose Law Group and was not able to talk about specifics of her circumstances.

Due to the limited number of licenses doled out by the state, and given this is likely the last tranche to be released unless legislation to open up the markets to more competition is proposed and passed, the social equity licenses are worth at least $10 million, often with no questions asked.

Last year, Phoenix-based Copperstate Farms purchased a dispensary license in Phoenix from a Minneapolis-based company for $15 million in cash.

In 2021, the Arizona cannabis market exploded to more than $1.4 billion in retail sales. Despite the collapse of the medical marijuana market, Wall Street analysts predict sales will swell to more than $2 billion in just a few years.

Since she obtained her license, Deals said she turned down an immediate seven-figure payday — she said she wasn’t legally able to discuss the details of the offer — because she feels the program will be more valuable to the community if she follows through with her efforts.

“That money is definitely enough to change my life and to live well, and maybe my children’s children,” she said. “But it’s not enough in this day and age for me to truly make a difference for anyone else. I’m more than desperately determined. It’s bigger than me.”

All applicants have until October 2023 to get their businesses operational, so the clock is ticking for Deals.

Social equity intended to repair damages from the war on drugs

The ACLU regularly reports on the disparity in drug-related arrests for Black Americans, who are more than four times as likely to be arrested for the drug than their white counterparts, according to “A Tale of Two Countries: Racially Targeted Arrests in the Era of Marijuana Reform.”

During the first half of 2021, following the release of the initial rules that would guide the program, ADHS revised the parameters several times due to heavy criticism from stakeholders like Arizona NORML, as well as lawsuits by entities attempting to get in on the lottery.

The rules were eventually finalized in late 2021, and qualifying candidates had until mid-December to apply. A $4,000 non-refundable fee was attached to each application.

Of the 1,500 applications submitted, more than one-third were associated with MSOs based in the state, including Mohave Cannabis Co., Copperstate Farms and Mint Dispensaries.

Qualifying candidates had to satisfy three of four requirements, including an annual household income of less than 400% of poverty level; having been adversely affected by previous marijuana laws by way of conviction for the individual or a family member; or having lived at least three years from 2016-2020 in one of 87 zip codes identified by ADHS as being disproportionately affected by the enforcement of Arizona’s previous marijuana laws.

Social equity is not cheap

Social equity licenses are for adult-use establishments only — they don’t open up medical marijuana sales. Because the cannabis industry in Arizona launched after voters in 2010 approved medical marijuana, most cannabis dispensaries in the state hold licenses for both adult-use and medical sales.

The challenge that presents for the social equity licensees is that, in many municipalities, including Tucson and large swaths of Phoenix, zoning codes only accommodate medical or dual licenses, meaning they will have to get zoning easements. That requires both time — which is in short supply — and money to hire zoning attorneys.

And since cannabis remains illegal in federal law, most applicants have limited — if any — access to capital through banks. Instead, they must rely on forming partnerships to finance their ventures and to help navigate the political and regulatory landscape. That is a big ask for people like Deals who come to the program with no prior experience in either finance or government processes beyond the criminal justice system.

The cost of getting a business off the ground can be daunting, even for experienced business people.

Costs for setting up a dispensary easily exceed $1 million: The license holder must search for an appropriate location, apply for zoning permits and remodel the space in accordance with strict state regulations. The cost of legal counsel alone can run as much as $200,000.

And that’s all before considering what it costs to purchase products and hire staff to run the business.

Social equity across the U.S.

In January, New York Gov. Kathy Hochul announced a $200 million fund to get its program off the ground. In the rest of the states, social equity license holders are at the mercy of open markets.

Sara Gullickson is CEO and founder of The Cannabis Business Advisors, a Phoenix-based consulting firm that identifies potential cannabis business owners, raises capital and helps them navigate regulations throughout the U.S.

While Gullickson was initially put off by the way New York’s  program was set up to give experienced business owners an advantage, she eventually came around to believe it could become a model for programs across the country.

“I feel really, really good about their program and how they’re putting it together,” she said. “This, in my opinion, is the first actual social equity program.”

Where Gullickson sees flaws in Arizona and other states with the programs is in the lottery system that lowers the bar for qualifications and allows applicants with little chance of success to win licenses.

She said a successful program could be merit-based, including a detailed application process, with an incubator program specifically designed for the cannabis industry.

Udell says Arizona NORML fought for a fraction of public funds New York is putting up for social equity, but the efforts were unsuccessful in the end.

As to giving Arizona social equity licensees an opportunity to succeed, he hopes state legislators can at least be convinced to extend the amount of time applicants have to open their businesses.

“It’ll be interesting to see what happens with respect to that deadline in this legislative session, or if there’s going to end up being any wiggle room from [ADHS],” he said. “I think they are going to be amending the adult-use rules sometime in the next year to hopefully consider a change there. Even adding an extra six months could be a really big deal for some people.”

Our stories may be republished online or in print under Creative Commons license CC BY-NC-ND 4.0. We ask that you edit only for style or to shorten, provide proper attribution and link to our web site.