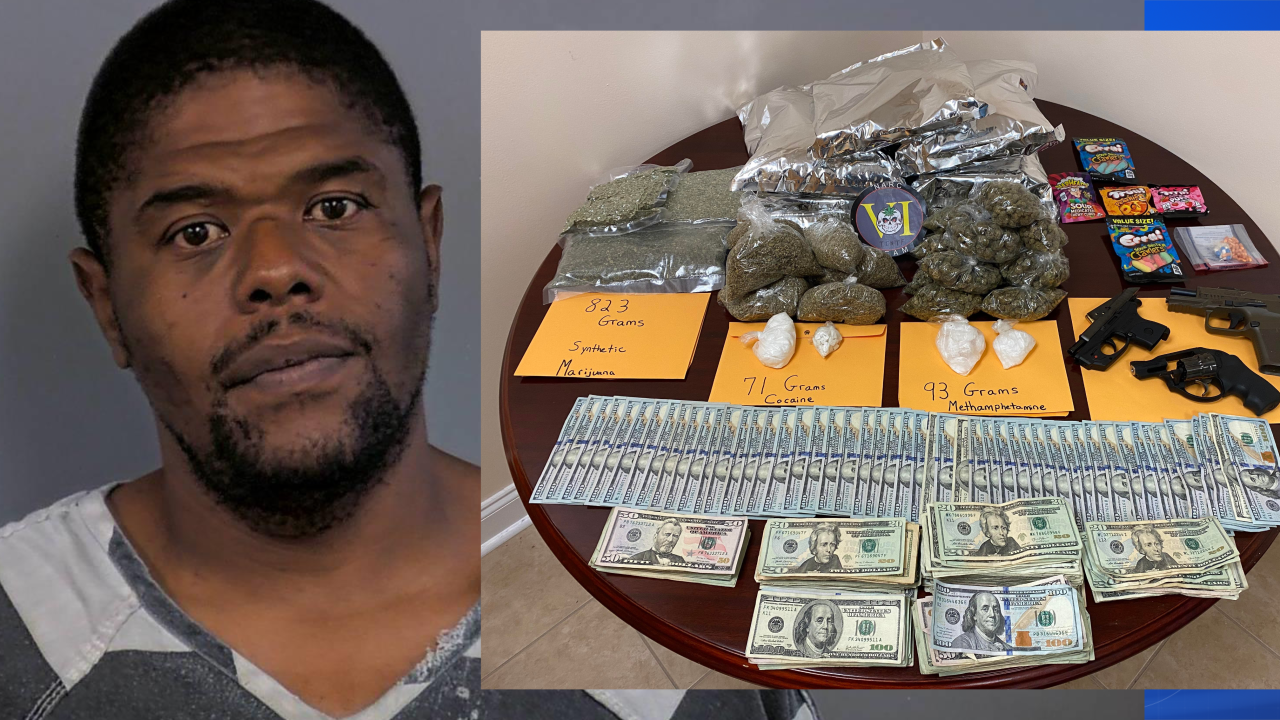 ALEXANDER CITY, Ala. (WRBL) – An Alexander City man is out of the hospital and behind bars after investigators say he seriously injured himself while trying to escape a drug raid.

On Friday, September 23rd, a search warrant was executed at a home along Robinson Road in Alexander City.  Officers say as they made entry the suspect, 38-year-old James Heard, broke out a window with his arm and lacerated his brachial artery. The blood loss was immediate and substantial. Medics quickly applied tourniquets, stopping the blood loss. Heard was airlifted to Baptist South for surgery.

During the search of the residence, agents located approximately 823 grams of Synthetic Marijuana, 93 grams of Methamphetamine, 71 grams of Cocaine, 602 grams of Marijuana, 3 handguns, and $8,000 in U.S. Currency.

Man was arrested for driving while intoxicated, possession of marijuana | WBIW