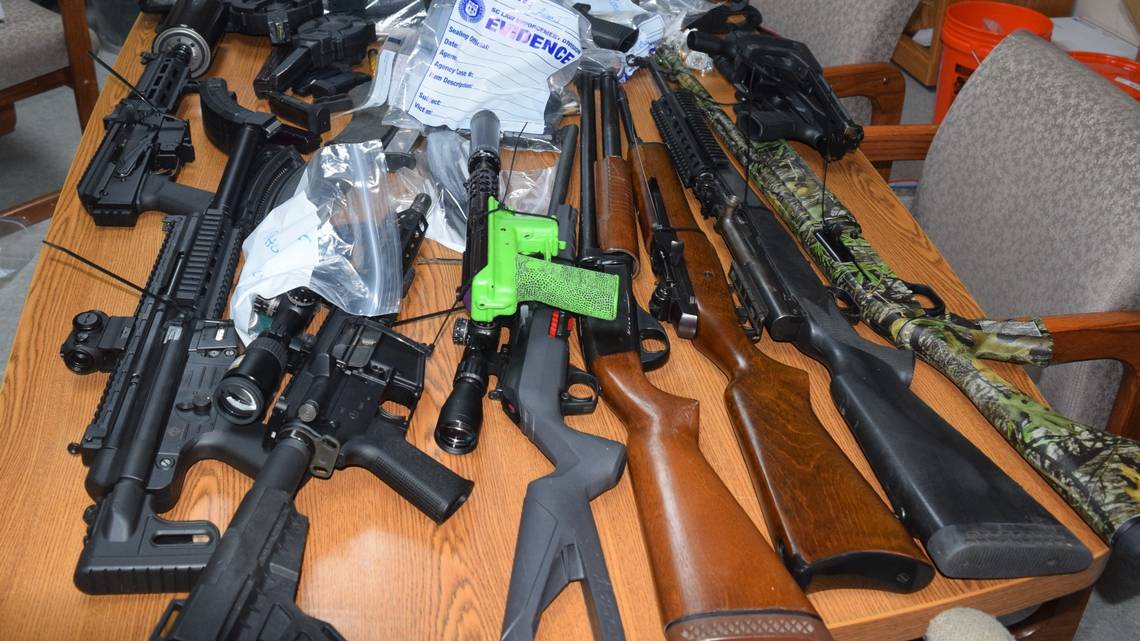 A SWAT team raid on a suburban Orangeburg home netted dozens of firearms and 30 pounds of marijuana, the county’s sheriff’s office says.

The Orangeburg County Sheriff’s Office announced the arrest of Samuel Braxton and seizure of guns and drugs from an Edisto home following Thursday’s operation, which was the result of “a long-term narcotics investigation,” according to a statement put out by the sheriff’s office.

Braxton has been charged with marijuana trafficking and possession of a firearm during the commission of a violent felony.

“This operation has resulted in a lot of drugs and weapons from reaching the streets of our county,” said Orangeburg County Sheriff Leroy Ravnell.

Along with United States Postal Inspectors and Drug Enforcement Administration agents, the Orangeburg Sheriff’s Office arranged a “controlled delivery” of a package containing ten pounds of marijuana to Braxton, according to a warrant released by the sheriff’s office.

During the raid, the sheriff’s office said that they recovered guns, including a Ruger Mini 14, according to the warrant. Photos provided by the Sheriff’s Office also show officers seized rifles, shotguns and pistols as well as homemade silencers and high-capacity drum magazines from Braxton.

Officers also say that they recovered a number of marijuana edibles, including gummy bears and cookies that they believe contain THC.

“I’m sure he’s back home by now,” said Ravnell. “He could have gotten the money out of his piggy bank, (It’s) another example of catch and release.”