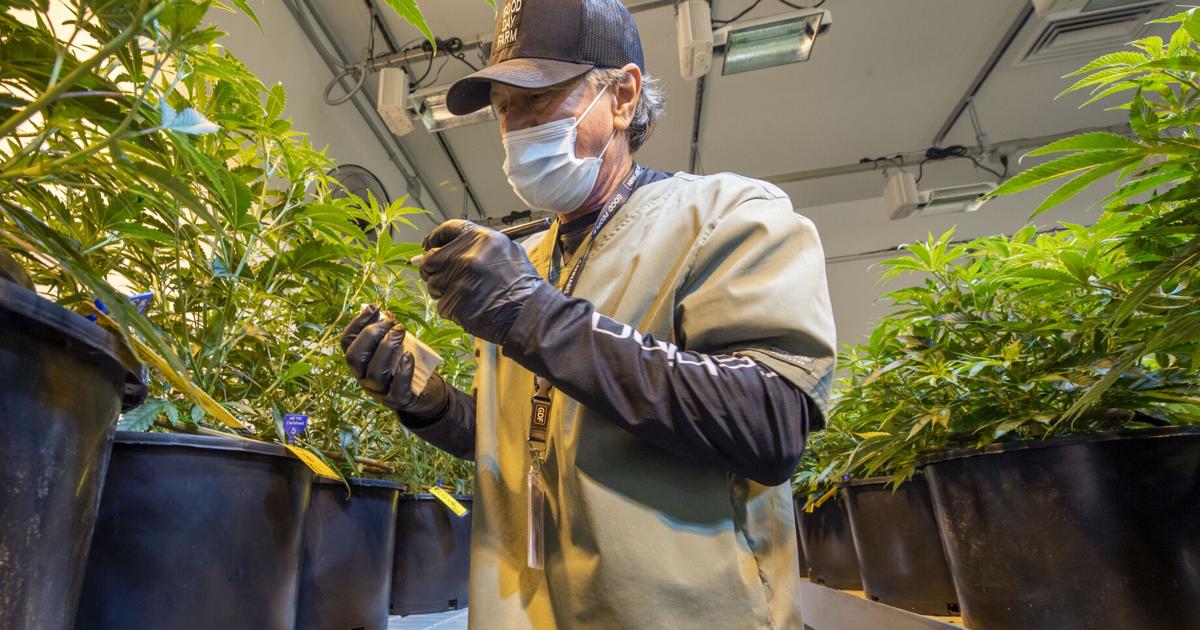 What do Steve Gleason, Tulane University, the chair of the Louisiana Democratic Party, and the former superintendent of the New Orleans Police Department have in common?

All of them, and a host of others, are angling to land Louisiana’s coveted 10th medical marijuana pharmacy license, which grants access to an exclusive club of businesses selling legal marijuana to a market that has exploded in the past year.

In all, 28 applicants are bidding for the license, records show, the first new permit to be granted since sales of legal marijuana began in 2019. The list of high-profile applicants, which include a former judge, a lobbyist and trial attorneys, among others, reflects the increasingly mainstream status that medical marijuana has achieved in Louisiana.

The 10th permit, which will be granted to an applicant within the New Orleans region, is particularly lucrative because the Legislature and governor have kept the number of businesses operating in the marijuana industry low, even as patient growth has exploded. The Pharmacy Board will select one of the applicants in a competitive bid process.

Applicants provided letters of recommendation from a host of state legislators and other elected officials, including Lt. Gov. Billy Nungesser, who recommended Galleria Medical Center, led by a couple of doctors in Covington, records show. The newspaper obtained the application materials through a public records request.

Gleason, the Saints icon who has become a high-profile advocate for medical marijuana and ALS awareness, is listed as 30% owner of Salus Wellness, which wants to open a marijuana pharmacy on Clearview Parkway in Metairie. Gleason said in the application that he’s grateful for the chance to help others afflicted with ALS and other conditions. “This medicine has helped me so much,” he wrote.

Louisiana Democratic Party Chair Katie Bernhardt, of Lafayette, is part owner of Medicinal Arts Pharmacy, which submitted three separate applications, one for Chalmette, one for Harahan and one for New Orleans. Bernhardt said in a statement the medical marijuana industry has benefited Louisiana, and that she hopes the board grants the permit to the applicant that will “best serve the citizens of the region.”

Another applicant is Chanda Macias, the CEO of Ilera Holistic Healthcare, which is one of only two growers licensed in Louisiana. Macias is part owner of Da Parish Pharmacy, LLC; the entity is also owned by Kristy Fuentes of DRC Emergency Services, which does debris removal work after hurricanes in Louisiana; and Warren Riley, the former NOPD superintendent. Also part of that team is Chad Bodin, the part owner of a previous grower that was embroiled in an ownership dispute before selling the company.

Riley, who is listed in documents as a 2% owner and the proposed pharmacy’s security director, was head of NOPD from 2005 to 2010. He and Macias declined to comment. The company is proposes to open its pharmacy in Chalmette.

A selection committee will rank applicants in November before the Pharmacy Board grants one of them a license, likely before the end of the year.

Louisiana’s medical marijuana program launched in 2019 after years of legislative and regulatory efforts. Initially, it was tightly controlled by the Legislature and Louisiana Department of Agriculture and Forestry, which then regulated growers. Pharmacies could only sell the drug in certain nonsmokable forms.

But as conservative Legislature has slowly come around to medical marijuana, lawmakers have voted to loosen many restrictions. Starting this January, they allowed pharmacies to begin selling the smokable flower, which is the most popular form of the drug.

Still, the Legislature has refused to break up the duopoly of growers. Good Day Farm, which is partnered with LSU; and Ilera Holistic Healthcare, which is partnered with Southern University, are the only licensed growers. The Legislature did pass a bill this year that slightly expanded the pharmacy side, allowing some of the existing pharmacy owners to open new locations. But the system remains largely insulated from competition. That law also transferred regulation of growers to the Louisiana Department of Health.

The 10th license in New Orleans is an exception, as the original medical marijuana legislation called for nine pharmacies spread throughout the state, and one more in a high-demand area. Lawmakers tweaked it this year to be located in the place with the highest population, which is why it’s being handed out for the New Orleans region.