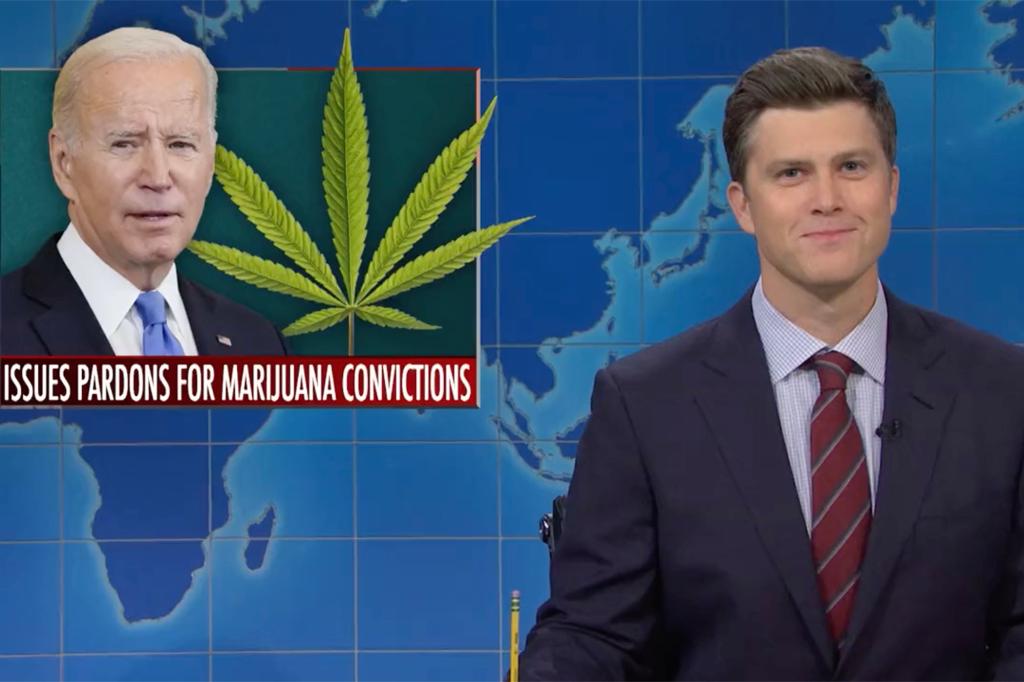 “Saturday Night Live” skewered President Biden over the weekend, joking that his recent gaffes might be attributed to smoking marijuana with some of the people whose pot sentences he just pardoned.

“This week, President Biden pardoned thousands of convicted marijuana users, and it feels like maybe he celebrated with them a little,” Colin Jost said on “Weekend Update.”

The show then aired a clip of Biden speaking at a car factory Friday.

“Let me start with two words: Made in America,” the president said.

Jost continued to mock the president, calling his mental capacity in question.

“Biden was then heard criticizing reporters at the White House for shouting questions at him,” the funnyman said. “Questions like, ‘What year is it?’ and ‘Who is the current president?’ Also, they weren’t reporters, they were doctors.”

The SNL hosts mocked everyone from Dr. Oz, who recently gave a speech in front of Hitler’s car, to Kanye West, too.