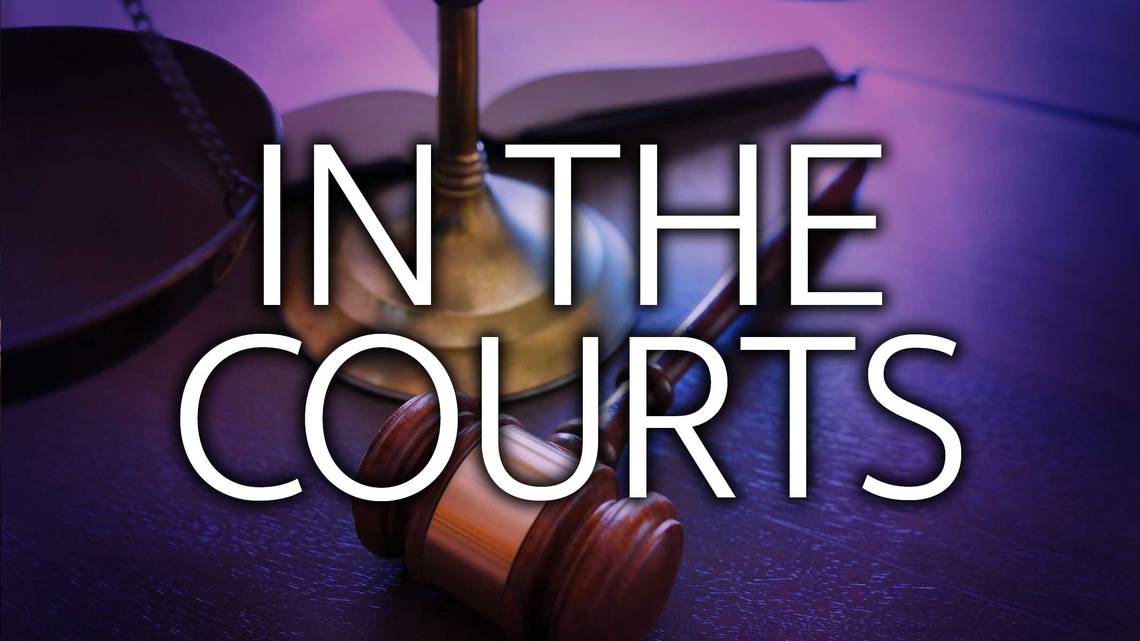 A brother-and-sister team convicted of trying to bribe a Northern California sheriff to protect family marijuana grows were sentenced Tuesday in Sacramento, but there were stark differences in the punishment each received.

Gaosheng Laitinen, 41, a small shop owner in Minnesota and the mother of a 7-year-old boy, was sentenced to time served and a $50,000 fine.

“I regret everything,” said Laitinen, who has been out of custody since shortly after her August 2017 arrest and offered a tearful apology to U.S. District Judge John A. Mendez.

Laitinen pleaded guilty in February of conspiring to commit bribery and conspiracy to manufacture marijuana, and the judge declared that she had a minor role in the affair.

“I have no concerns about Ms. Laitinen re-offending,” Mendez said, then addressed her directly as she prepared to leave court: “Don’t let me down.”

Her brother, Chi Meng Yang, 36, of Montague, wasn’t as lucky.

Yang was convicted in a jury trial last March of trying to bribe then-Siskiyou County Sheriff Jon Lopey, and Mendez made it clear that he believed Yang lied throughout the trial, when he attempted to blame Lopey for coming up with the scheme.

“I don’t believe anything he says,” Mendez said, adding that he believed Yang induced his sister into taking part in the scheme.

“He was brazen,” Mendez said as he sentenced Yang to 71 months in prison. “He’s the definition of brazen.”

“I think he also started to feel that Sheriff Lopey was his friend,” Beevers said. “He is very sorry for it.”

Yang insisted on going to trial, rejecting plea bargain negotiations, including one during the case that would have recommended a sentence of time served.

Authorities say the case began in May 2017, when Yang visited Lopey and offered to provide a $1 million contribution to a charity the sheriff selected in exchange for “friendship” and help legalizing medical marijuana in Missouri.

Lopey phoned the FBI after that meeting, and agents began to video record the sessions, during which Yang met with Lopey seven times and he and Laitinen handed over envelopes of cash for protecting eight grow sites from law enforcement raids, including “bonuses” for the sheriff of $2,500, the U.S. Attorney’s office says.

Yang was arrested in August 2017, and when agents raided the properties they discovered 1,168 marijuana plants.

Prosecutors initially asked Mendez to sentence Yang to seven years and three months in prison, arguing that “such a sentence would properly account for Yang’s central role in a brazen scheme to bribe the sitting Siskiyou County Sheriff to selectively enforce the county’s marijuana laws, as well as Yang’s attempts to avoid responsibility for this scheme by repeatedly lying on the witness stand at trial.”

Mendez concluded that federal sentencing guidelines meant the most he could impose was 71 months, and he did.

Court documents say Yang tried to manufacture an entrapment defense by falsely claiming that Lopey came up with the idea of providing protection for the grow sites.

“Of course, none of this was true, and Yang’s lies were exposed for what they were during cross examination,” Assistant U.S. Attorneys James Connolly and Aaron Pennekamp wrote in a sentencing memorandum.

They added that “far from taking responsibility for his crimes, he chose to double down — telling outright lies on the witness stand about his behavior, and concocting a fantastical story about how he was just playing a ‘role’ in Sheriff Lopey’s bribery racket.”

Beevers argued that the government was overreaching with its sentence recommendation, noting that it was more than double the national average of 41 months for marijuana defendants.

For Yang’s sister, prosecutors argued that Laitinen’s arguments she was a minor player in the scheme was not true.

“She attended meetings with Sheriff Lopey and discussed with him the scheme in detail, including its structure, purpose, and stated goals,” they wrote. “She conspired with Yang in this way to manufacture marijuana.

“She brought bribe money to one of the meetings. She made clear that no one else should know about the meetings with the sheriff.”

Ultimately, Mendez disagreed, and said she has a greater chance of paying off her $50,000 fine if she is out working.

The bribery case was one of the first major signs of tensions in Siskiyou County between law enforcement and Hmong farmers growing marijuana crops in thousands of grow houses and sites.

County officials tried blocking water deliveries to some areas where the grow sites are prevalent, leading to a federal civil rights lawsuit and injunction against the water ban.

Tensions were inflamed in June 2021 during the Lava Fire when law enforcement officers shot and killed a 35-year-old man near a massive grow area after he pointed a handgun at them at a roadblock.

Asian American activists staged protests and claimed the shooting was the latest incident of racist behavior by officials in the area. The Siskiyou County District Attorney determined last June that no officers would face charges in the incident.

Tensions continue in the region, with the American Civil Liberties Union of Northern California filing suit in August against Sheriff Jeremiah LaRue and the county.

The federal civil rights lawsuit seeks class-action status for Asian Americans who say they have been harassed by deputies, discriminated against in public meetings and wrongly accused of criminal activity.

The suit accuses the sheriff of engaging “in a sweeping campaign to harass and intimidate Hmong and other Asian Americans.”

Lopey, who retired in 2020, rejected such claims, saying at the time the suit was filed that his office had worked hard to build bridges to the Asian American community.

“My administration did everything we could to reach out to that community,“ Lopey said, adding that he hired Asian American deputies to build inroads with the Hmong.

Sam Stanton has worked for The Bee since 1991 and has covered a variety of issues, including politics, criminal justice and breaking news.