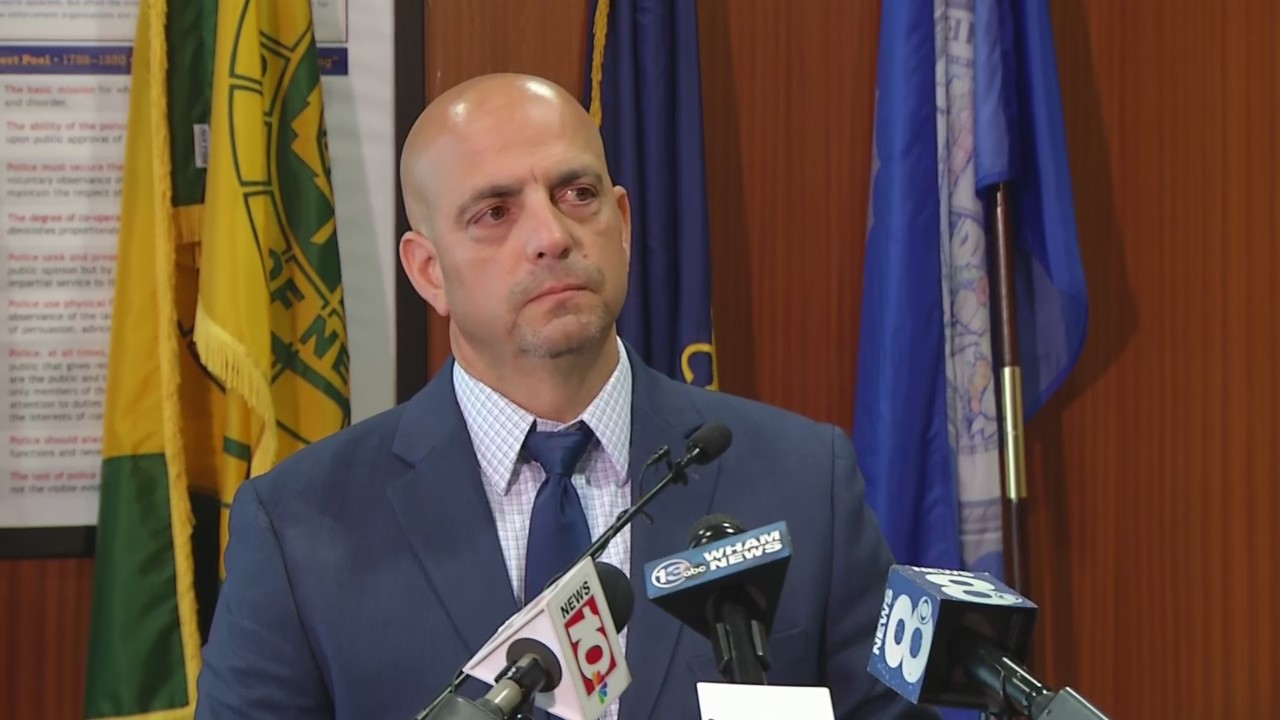 RPD Captain Frank Umbrino spoke on Tuesday about the months-long investigation into an illegal marijuana trade that led to shootings and arsons. He said the investigation led to 18 arrests along with the confiscation of illegal guns and marijuana.

Vickers is accused of killing Officer Mazurkiewicz, along with wounding Officer Sino Seng and a 15-year-old girl, during a July 21st ambush. Umbrino said that Vickers shot the two officers as they were investigating the marijuana trade.

RPD said that two people, Brandon Washington and Deadrick Fulwiley, recruited Vickers to become part of their marijuana trade. All three are believed to be affiliated with a nationwide gang.

A criminal complaint from the U.S. District Court, which named Washington and Fulwiley as defendants, said mentioned their gang affiliation and the murder of Officer Mazurkiewicz.

Vickers was released from a Massachusetts maximum security prison less than a month before the murder of Officer Mazurkiewicz.

Vickers is accused of killing two other men in Rochester and wounding a third person the day before the ambush of two officers. He is also accused of shooting and wounding someone on July 19 in Rochester. According to Umbrino, those shootings were in connection to his gang activity.

See more of our coverage:

You can read the full criminal complaint here:

Kansas medical marijuana bill is back for 2023