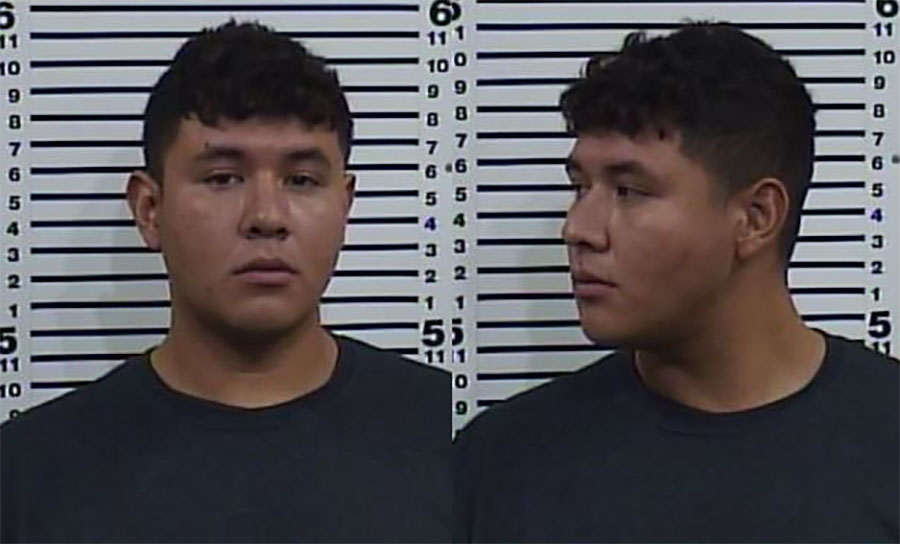 IDAHO FALLS — A 22-year-old Rigby man faces multiple charges after allegedly eluding a trooper in his vehicle and then throwing suspected marijuana out of his window to prevent it from being discovered.

According to the affidavit of probable cause filed by the Idaho State Police, on Sept. 20, a trooper attempted to stop a Toyota Camry for speeding 67 miles per hour in a posted 55-mile-per-hour speed zone. The trooper was traveling northbound on Idaho Highway 43 in Bonneville County.

“I observed the vehicle made no attempt to pull over, even though the vehicle traveling in front of it pulled to the shoulder,” the trooper wrote.

According to documents, the driver, later identified as Brian Veleta-Enriquez, continued to accelerate, eventually going 90 miles per hour in a posted 55-mile per hour speed zone.

“I observed the driver throwing things out the window, (including) small particles of an unknown substance and something black. I believed it to be a black plastic container,” the trooper wrote in the report.

Veleta-Enriquez eventually slowed down and came to a stop at the intersection of US Highway 26 and Iona Road.

The trooper observed that Veleta-Enriquez had small particles of marijuana on his pants and sweatshirt. After searching in his vehicle, the trooper found marijuana and drug paraphernalia.

“I collected rolling papers, pieces of a smoking device, lighters and a glass container,” the trooper said.

Two black plastic containers were located along the road that came from a marijuana dispensary. Veleta-Enriquez was taken into custody.

Veleta-Enriquez was charged with felony fleeing or attempt to elude a police officer in a motor vehicle, misdemeanor possession of a controlled substance, misdemeanor use or possession with intent to use drug paraphernalia and misdemeanor destruction, alteration or concealment of evidence.

He pled not guilty to the three misdemeanor charges. He hasn’t entered a plea for the felony charge yet.

Veleta-Enriquez is scheduled for a preliminary hearing on Oct. 4 at 1 p.m. at the Bonneville County courthouse.