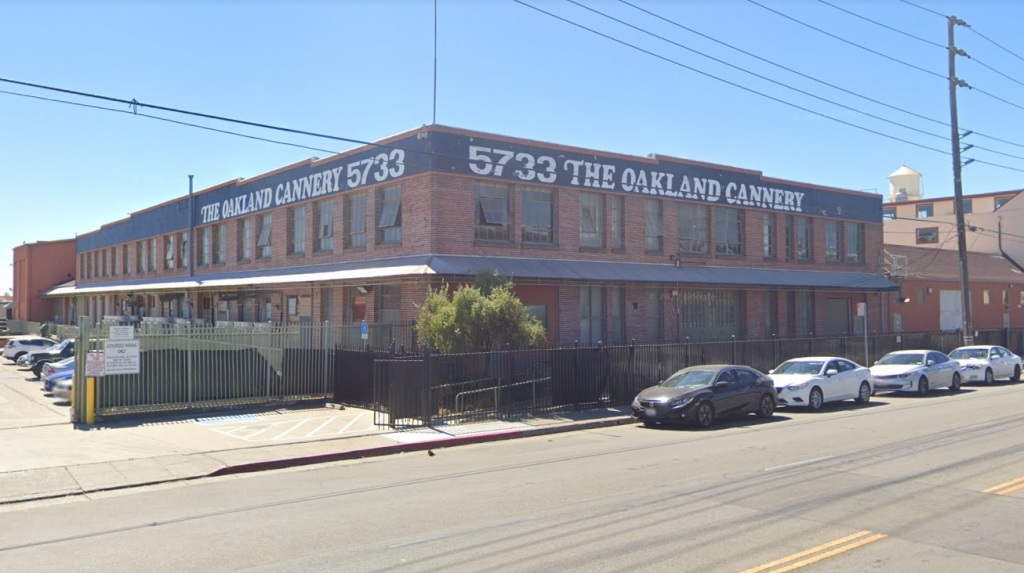 OAKLAND — Two big Oakland buildings that were transformed in recent years into cannabis cultivation centers have been seized by their lender in a foreclosure proceeding that leaves their future murky.

The Cannery and The Tinnery, the two buildings that were seized by a finance firm, have been mired in a long-running dispute over the operation of massive diesel generators that were being used to power pot production inside the structures.

A few weeks ago, in late September, the former owner of the property, a group led by Kenneth Greer, a Denver-based real estate executive, removed the diesel generators that had offended community groups and environmental activists.

The generators were used as power sources for tenants who were going to cultivate marijuana, Greer stated in a filing in January 2020 in connection with an Alameda County Superior Court civil lawsuit.

“The property owner provides power to all tenants by renting diesel generators,” Greer stated in the court filing. “Upon request from a tenant, we order a generator. Generators are only provided when a tenant is prepared to test installed cannabis grow equipment.”

The Bay Area’s Air Quality Management District believes the Greer-led property ownership group violated the agency’s regulations by unauthorized and improper use of the diesel generators, an operation that began in April 2021, according to a July 2022 filing by the district.

“Defendants’ violations have resulted in the emissions of regulated air contaminants, contributing to the production of air pollution in the jurisdiction of the district and thereby threatening human health, safety and the environment,” the district stated in an Alameda County court filing.

Greer and his group bought the buildings in separate transactions a few years ago. A Greer company, Denver-based Green Sage, operated the cannabis business inside the buildings.

The collateral for the mortgage — which greatly exceeded the combined amounts that the Greer groups paid for the properties — was The Oakland Tinnery and the Oakland Cannery buildings.

In December 2021, Romspen, the lender, filed a notice of default against both of the East Oakland buildings. The timing of the loan default means that the battle over the diesel generators was ongoing at the same time that the mortgage for the two properties had flopped into delinquency.

By the time an affiliate of Romspen, RIC San Leandro, had seized the property on Sept. 23, the unpaid debt on the loan had ballooned to $72.6 million, the county documents show.

RIC San Leandro, however, paid only $25 million to grab the property through foreclosure. Rompspen, the lender, didn’t respond to a request for a comment regarding the situation. The generators were removed around the time the foreclosure was officially completed and the Greer-led groups no longer owned the two buildings.