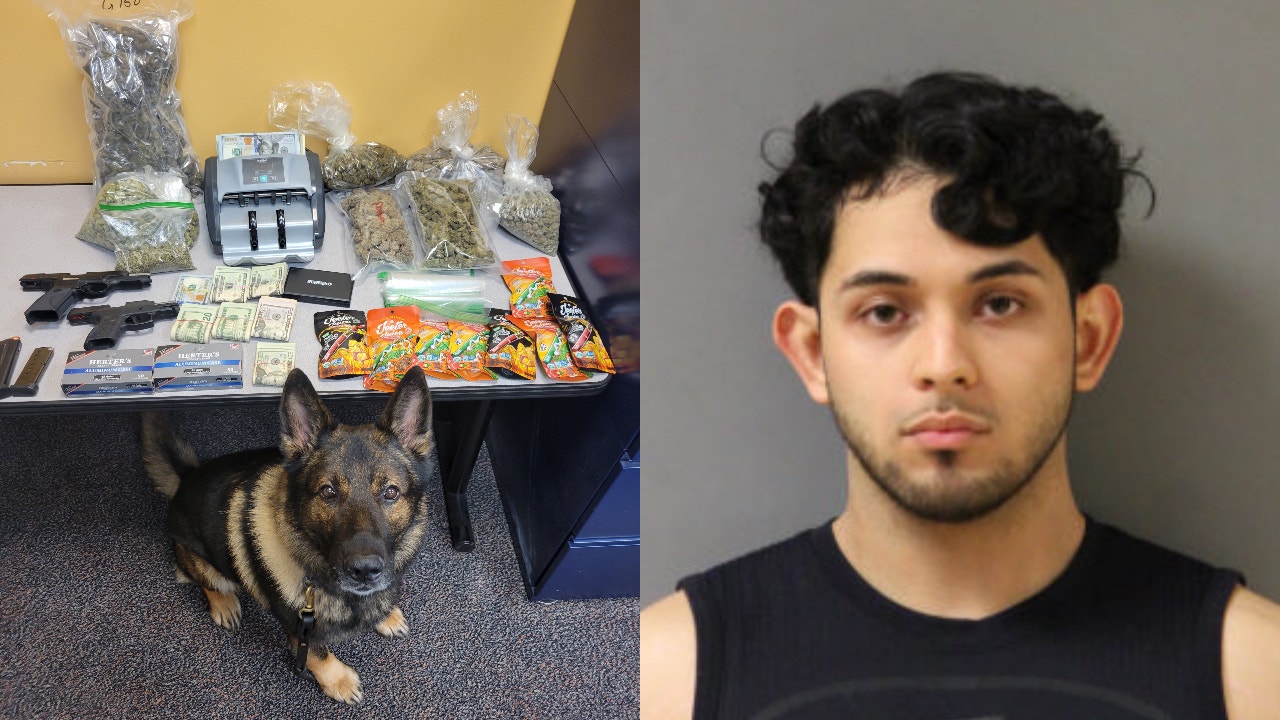 NILES, Ill. – A Niles man has been charged after police allegedly found guns, cannabis and cash at his residence earlier this week.

On Monday, the Niles Police Department received an anonymous tip that an individual who lived in the 8800 block of West Golf Road was involved in drug sales, authorities said.

At about 1:20 p.m., Niles investigators and members of the Chicago DEA task force observed Arroyo exit the front door of the residence while carrying a duffel bag.

Officers detained Arroyo, and during a free air sniff of the bag by the NPD canine, the canine positively alerted the odor of narcotics.

About 1.6 pounds of suspected cannabis, a digital scale and numerous plastic sandwich bags were recovered from the duffel bag.

The suspect was transported to the police department at that time.

At 4:35 p.m., investigators obtained a search warrant for Arroyo’s residence, and recovered an additional 1.72 pounds of suspected cannabis, a .45 caliber handgun, a 9 mm handgun, 163 rounds of ammunition, $7,914 in cash and other drug paraphernalia.