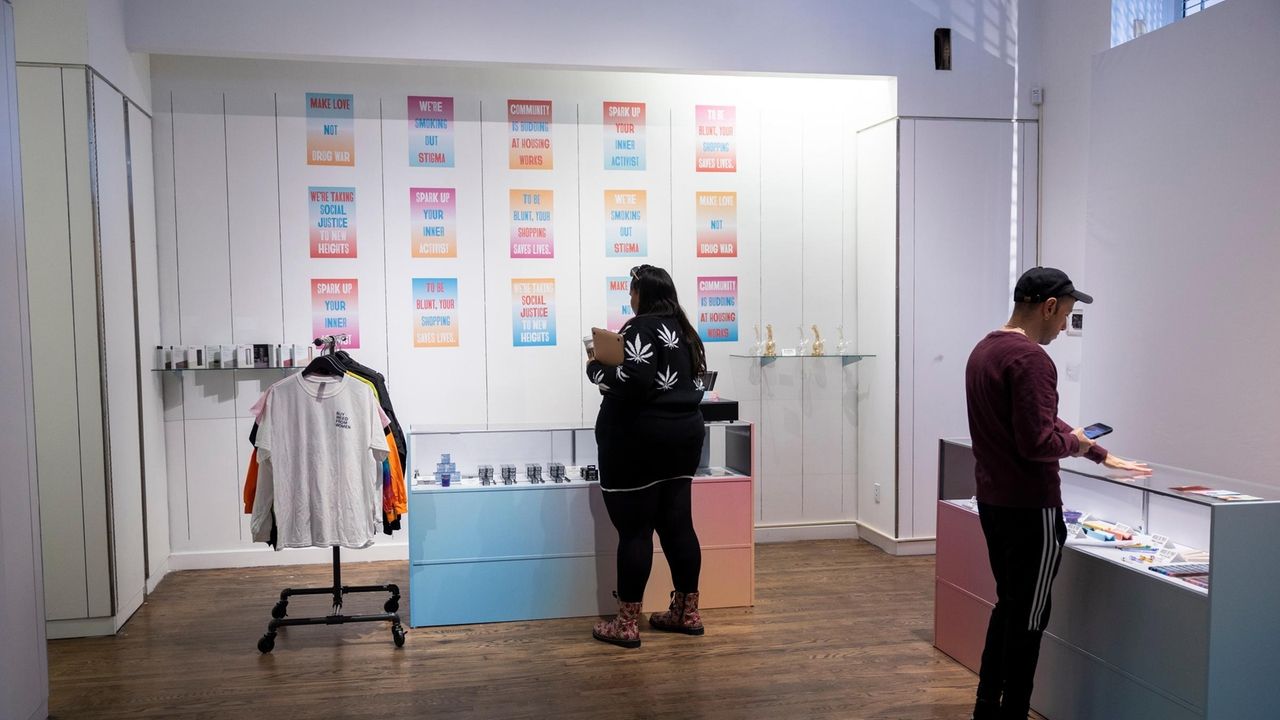 The state will go beyond outfitting the first recreational brick-and-mortar cannabis dispensaries and contract out everything from bookkeeping to transporting cash to depositories so the inaugural licensees get discounted rates.

The government disclosed its plans to provide “a suite of wraparound, capacity-building services” to the first 150 retail business licensees in a FAQ published Jan. 5 by the Dormitory Authority of the State of New York. As part of the state’s social equity goals, the public construction authority is propping up these “conditional” licensees, business owners who were convicted of — or related to someone convicted of — offenses under the old marijuana laws.

DASNY has tapped a team of private investors to loan these licensees the money to secure and renovate storefronts. Besides taking on an obligation to pay off the loan and covering rent, the entrepreneurs will be charged for services coordinated by a social equity fund. The FAQ describes this as a way to spread contracts among dispensaries and “create cost savings,” but some in the industry say they’d like to be able to opt out of these services and negotiate their own deals.

“Who says I want this bookkeeper? I want a person that I vet” and trust, said Osbert Orduña, a Suffolk County resident in the process of opening a dispensary in Jersey City and seeking to open a second one in New York. “It’s like if somebody told you: this is going to be your doctor, and now you have to go and get elective surgery.”

DASNY said only that subscribing to wraparound services was required when asked to comment on criticism of the setup.

Former NBA All-Star Chris Webber and other investment professionals won a contract that expected them to get $150 million in commitments for the Social Equity Cannabis Investment Fund by Sept. 1, 2022, according to DASNY records. Since then, DASNY has repeatedly declined to share how much the fund has raised beyond $50 million committed by the state — or how many dispensary locations have been secured.

Regulators have issued seven of up to 20 conditional retail licenses available to businesses on Long Island. Fifty-nine entities listed business addresses in Nassau County and 72 used business addresses in Suffolk County on conditional license applications, according to an annual report from the Office of Cannabis Management, which oversees marijuana and hemp policy.

On behalf of the state, the real estate firm CBRE has screened more than 10,000 potential dispensary sites, conducted evaluations of 2,300 properties and “shortlisted” 350, according to the FAQ. DASNY didn’t respond to questions about how many, if any, of these spaces were on Long Island. The state will prioritize shops on busy streets near transit hubs that are least likely to concern neighbors, the FAQ said.

Before a lease is signed, the fund will have design and construction experts verify that the space is suitable for a storefront and secure insurance. The fund will then present information on the location to licensees who want to operate in the surrounding area. Entrepreneurs will receive an estimate of the upfront cost to revamp and furnish the store, which they would have to repay with interest over 10 years. They’ll have seven days to accept or decline the location.

The fund will offer an interest rate “equal to or less than the market rate of a similar loan,” the FAQ said. Banking and financial experts previously told Newsday that cannabis companies would struggle to get loans from traditional business sources, and that they would come with interest rates in the teens. One conditional licensee told The Cannabis Insider trade publication that the fund described a 10% rate.

Such terms aren’t appropriate for social equity businesses, and the state should’ve been more creative about jump-starting “low interest or zero-interest loans” called for in the measure that legalized recreational marijuana, according to Reginald Fluellen, senior consultant to the Cannabis Social Equity Coalition — NYS, an organization supporting people “most harmed” by the prohibition of marijuana.

“(Regulators) need to have these funds available at the front end, rather than later on, to enable the social equity population to be sustainable and to be competitive,” said Fluellen. “We still feel that there are some real, real problems with the amount of debt that these CAURD (conditional adult-use retail dispensary) licensees are walking into.”

Besides loan payments and rent, licensees will be charged for fund-coordinated services, the FAQ said. These will include: a six-week training program, bookkeeping, armed and unarmed security assistance, workers to transport cash to banks or other depositories, a point-of-sales system for processing payments, help getting banking services from Valley National Bank, which has experience working with cannabis firms,  and an “enterprise resource planning” tool for managing staffing, payroll, inventory and other business operations, the FAQ said.

Fluellen said entrepreneurs would be better off if they could pick which services they want to subscribe to, but that the education, training and mentoring is critical.

“They need to understand the urgency of providing this kind of support,” Fluellen said

Sarina Trangle covers affordability and cost of living issues and other business topics. She previously worked as an editor and reporter at amNewYork.

Cannabis and the Oral Microbiome: Exploring Their Impacts on the Brain – Neuroscience News