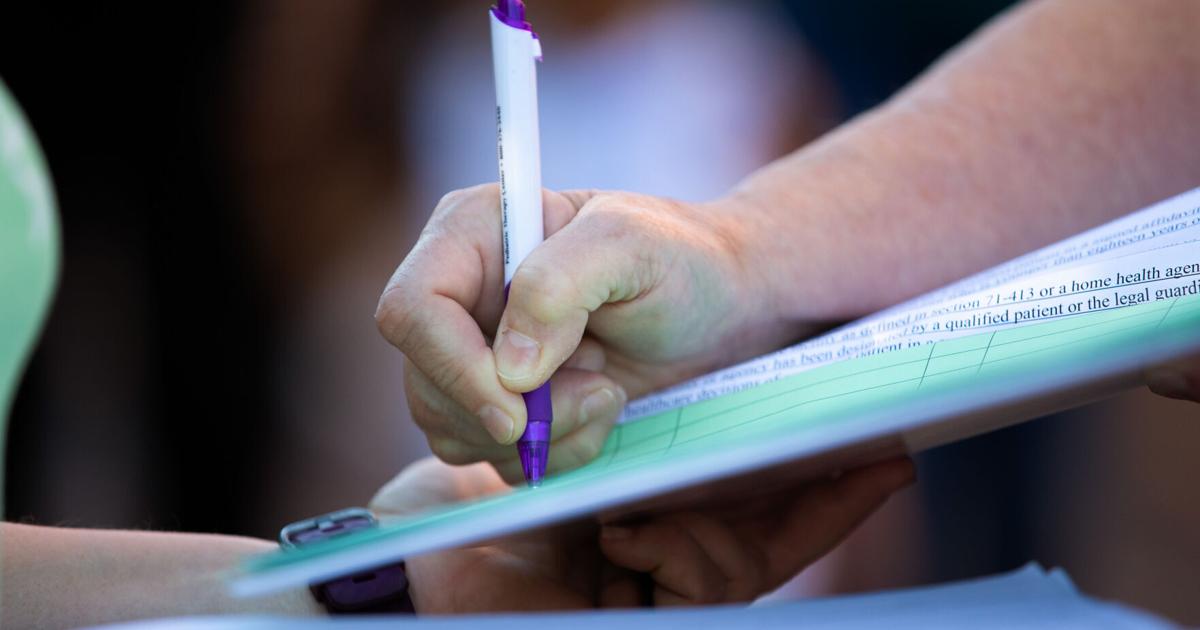 Nebraskans for Medical Marijuana dropped its lawsuit against Secretary of State Bob Evnen on Thursday, ending an effort to have Nebraska’s multicounty signature-gathering requirement for initiative petitions deemed unconstitutional.

The dismissal, filed by the ACLU of Nebraska on behalf of Nebraskans for Medical Marijuana, comes after a panel of judges at the 8th Circuit Court of Appeals in August reversed a lower court’s ruling blocking Evnen from enforcing the requirement.

Crista Eggers, statewide campaign coordinator for Nebraskans for Medical Marijuana, sued Evnen in federal court in May, arguing the requirement that petitions obtain the signatures of 5% of voters in 38 of the state’s 93 counties violated the Equal Protection Clause of the 14th Amendment.

Under the requirement, put in place more than a century ago, a single voter who signed a petition in Arthur County had the same voting power as 1,000 residents of Douglas County who signed the same petition, Eggers’ lawsuit argued.

U.S. District Court Judge John Gerard sided with Nebraskans for Medical Marijuana in June, writing the requirement was unconstitutional and granting a temporary injunction that prevented Evnen from enforcing it.

A majority of a three-judge panel from the 8th Circuit Court reversed Gerrard’s ruling shortly before the July 7 deadline for submitting petitions.

With the multicounty requirement back in place, Nebraskans for Medical Marijuana failed to qualify a pair of petitions for the ballot, with both falling roughly 9,000 signatures short of the 86,766 needed to appear on the November general election ballot.

The first petition, which would have required the Legislature to enact laws protecting doctors who recommend and patients who use cannabis for medical reasons, included 77,843 valid signatures and qualified in just 26 counties.

The second, which called on lawmakers to pass legislation to legalize the production, supply and distribution of cannabis for medical use, had 77,119 valid signatures and qualified in 27 counties, according to the secretary of state.

In rejecting an appeal from Nebraskans for Medical Marijuana, two of the three judges on the 8th Circuit Court panel said the right to petition was created under state law and not the U.S. Constitution, finding that the group’s rights had not been violated.

Earlier this month, the 8th Circuit also rejected a request for the entire court to rehear Nebraskans for Medical Marijuana’s appeal.

Lincoln Sen. Anna Wishart and Sen. Jen Day of Omaha said they plan to introduce bills legalizing cannabis for medical use in the 2023 legislative session, which will begin in January.

Get Government & Politics updates in your inbox!

Stay up-to-date on the latest in local and national government and political topics with our newsletter.