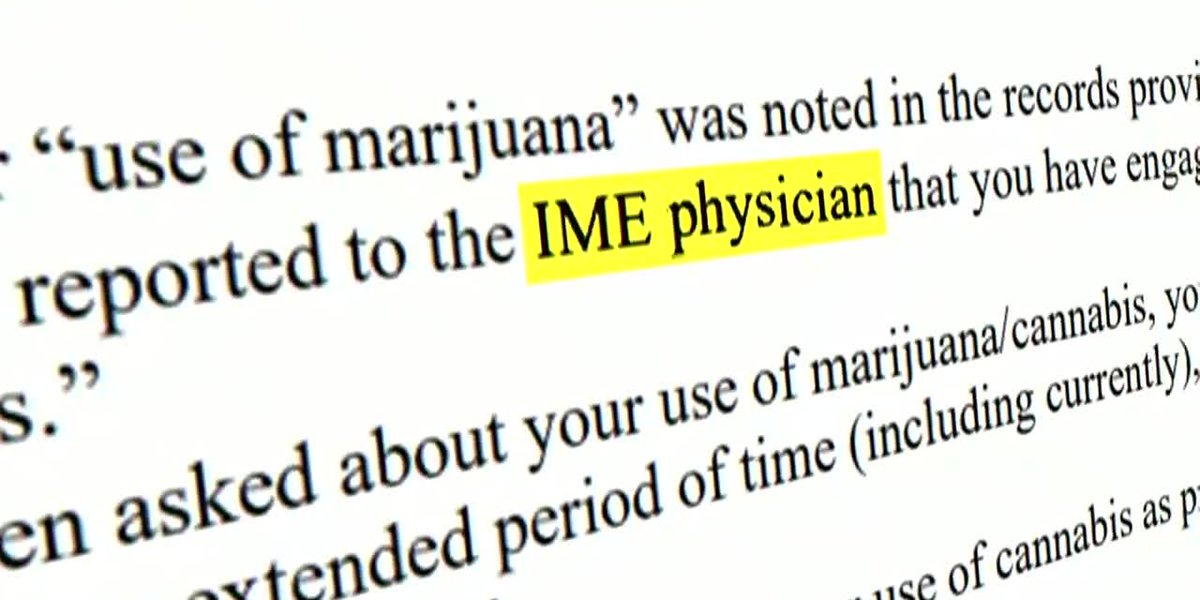 ST. LOUIS (KMOV) — A Missouri highway worker who suffered severe injuries in a deadly work zone crash, was just fired by the Missouri Department of Transportation, all while he still can’t work and is on disability leave.

Michael Brown was the only MoDOT employee on the crew who survived the deadly crash.

On Nov. 18, 2021, Brown and his co-workers were doing intersection work on Telegraph Road at I-255 in St. Louis County. A driver, who investigators claim was having a medical emergency related to his diabetes, crashed into the work zone, killing James Brooks and Kaitlyn Anderson. Anderson was 6 months pregnant with a baby boy she named Jaxx.

Brown has been outspoken with questioning safety procedures at MoDOT, which he says he believes is why he was fired.

“I have no way to support my family,” Brown said. “I was set up to get let go so they could stop paying disability benefits because I was upsetting the higher-ups.”

According to a termination letter from MoDOT, Brown was fired “due to your admission that you use marijuana.”

Brown doesn’t deny using pot and says he uses it because the crash left him with multiple injuries, including severe fractures and a traumatic brain injury.

“For the pain, the depression, the psychological, like it said over the report it was used to mellow me out,” Brown explained.

According to MoDOT, the department’s personnel policy bans employees “from taking any illegal drugs or controlled substances.” The letter goes on to explain, “which might impair performance during working hours.”

In the letter, MoDOT says the exception is when it’s prescribed “by a person licensed to practice medicine.”

Brown said although he has not been prescribed medical marijuana, he believes he would qualify for it.

Brown lives in Illinois where recreational marijuana is legal.

Brown never told anyone at MoDOT about his marijuana use. MoDOT found out about it from a doctor the department required Brown to see.

“Immediately when they said it was revealed by a doctor I started raising objections about, well, what about doctor-patient confidentiality,” Brown said.

In the termination letter to Brown, MoDOT claims doctor-patient confidentiality wasn’t violated. The letter explains on Aug. 23, 2022, MoDOT had Brown complete an “Independent Medical Examination” to help determine if he could return to work. According to the letter, Brown “voiced acknowledgment” at the appointment that there would be “limits to confidentiality.”

Brown says he does not remember signing a consent form. MoDOT has not responded to a request from News 4 Investigates to obtain a record of what the “limits to confidentiality” entailed.

In the termination letter, MoDOT says the doctor “reviewed an extensive number” of Brown’s medical records which noted his use of marijuana.

MoDOT claims Brown told the doctor he used weed “on a regular basis” and “didn’t express a desire to discontinue.”

“It would be one thing if I was working and my actions could make them liable for something but I’m sitting at home. There’s no liability,” Brown said.

News 4 Investigates asked MoDOT about what happened. A department spokeswoman responded in an email writing “MoDOT does not discuss personnel matters.”

“That’s their excuse to get rid of me,” Brown said.

Brown says he believes he was fired because he has done multiple interviews and been outspoken in questioning safety at MoDOT. He spoke with News 4 Investigates multiple times since April 2022, the most recent interview was a few weeks before he was fired.

MoDOT will have to continue paying for Brown’s medical expenses related to the crash. For everything else, Brown is on his own. He says he plans to file for social security disability benefits since his injuries are still preventing him from going back to work.