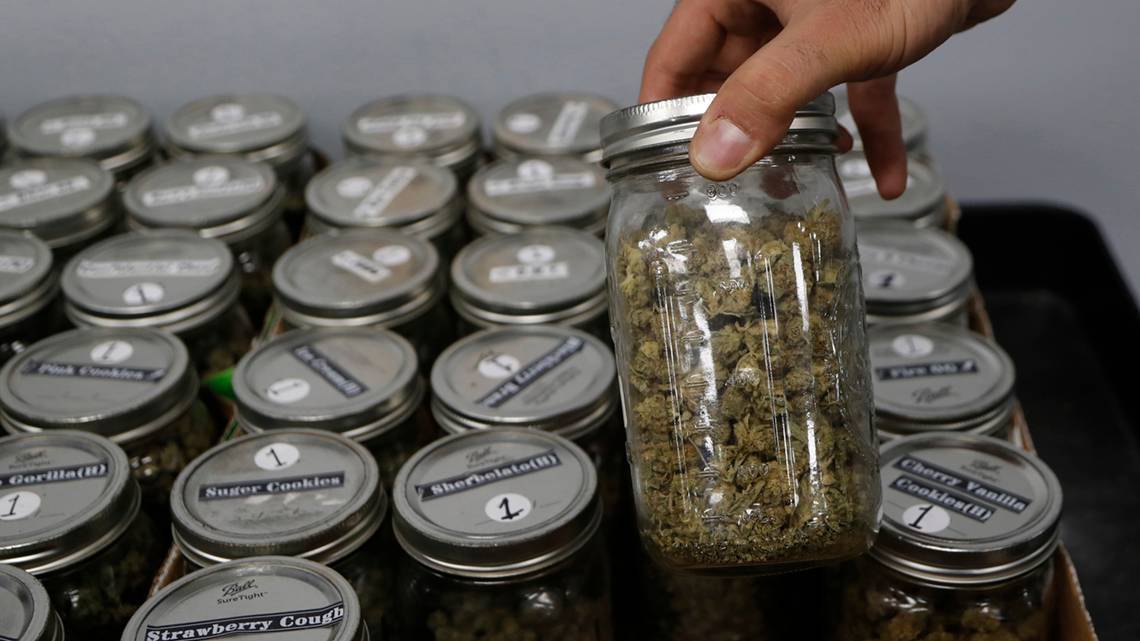 Dozens of licensed cultivators have about 80,000 marijuana plants growing. Around 1,100 patients have signed up for medical marijuana, and 96 doctors or nurse practitioners are working to certify them. Small growers are complaining a large one has been allowed to skirt the rules.

But the Mississippi State Department of Health has zero investigators — and only three staffers — overseeing Mississippi’s new medical marijuana program.

So far only one testing facility has been licensed and is only partially ready to test products. Plus, the health department’s program director still has another job — running the department’s Office Against Interpersonal Violence.

Health Department officials told the Board of Health on Wednesday that the agency is in a four-month “provisional” period with licensed marijuana businesses. As it finds problems or violations, it’s typically just issuing “corrective actions,” giving marijuana businesses a chance to straighten up without hitting them with fines or sanctions or calling in law enforcement.

The Health Department in a meeting with its board Wednesday pledged transparency in its oversight of medical marijuana, shortly before going into a closed door session to brief the board on specific active marijuana program investigations. During its public meeting, some board members’ questions were deferred to the upcoming executive session.

And the department’s response so far — to write Mockingbird Cannabis LLC a letter listing “corrective actions” and not answer questions — has competitors crying foul. They said Mockingbird was allowed to grow and harvest a crop improperly and on the cheap in plastic- and cloth-covered greenhouses that will allow them to beat others growing in buildings to market as the state’s medical marijuana program gets rolling.

During board questions Wednesday, Mockingbird was not mentioned by name, but Health Board member Jim Perry said, “There has to be consequences for not following the law … If we send signals you are going to be economically rewarded by trying to jump over the line, that will provide incentive for others to do the same … If there’s an active investigation we can’t talk about it specifically yet.

” … But if actors are doing things clearly not allowed — outdoor growing is clearly not allowed, you’re not supposed to see it growing from a public area, and you’re supposed to have security, locks, solid doors and walls — that is flaunting and it will create a culture for others, if somebody’s able, to economically benefit from that. If we’re not ready to enforce, then we shouldn’t have let them start growing.”

State Health Officer Daniel Edney, head of the Health Department, responded to Perry, “I wholly disagree we are allowing anybody to get away with breaking the law.”

“If you know what I know, they are not going to economically benefit,” Edney said.

“My attitude is to be very strong as a regulator, but we are not ready — we do not even have investigators,” Edney said. “Right now, if we investigated everybody the majority would fail, primarily the smaller growers … The provisional work is predicated on if there is no evidence of diversion or harm to the public. If there is, there will be forceful action. In the interim, if there is an opportunity to bring people into compliance, we will work with them.”

The Health Department is trying to fill 25 positions for its medical marijuana program, and has three investigators scheduled to start by Nov. 1. But Edney said the agency, along with others in state government, is facing a long lag time of several months in getting new hires “onboarded,” officially hired and on payroll. This is a problem for all positions, including nurses, and not just for medical marijuana, Health Department officials said. Edney said the agency is operating with a 47% job vacancy rate.

Perry earlier in the board meeting said the state Personnel Board is “constipated” in getting new hires in. Later, Edney said of the marijuana program, “I am struggling with a very immature program. It is now stuck in that constipation mode.”

On Wednesday, Cannabis Program Director Kris Adcock told board members that Mockingbird has a “tier VI” cultivation license that provides for unlimited growing, or canopy, space. She said this means the company can grow at multiple locations, unlike those with smaller more limited licenses.

Health Department inspectors on Sept. 14, after receiving complaints likely from competitors, found that a Mockingbird grow site was out of compliance with several state growing regulations. Among the department’s findings at the site: Mockingbird was growing plants in greenhouses with tarp or clear plastic walls (some rolled up and some with large holes in them) and lax security that included a loosely chained back fence gate with a padlock.

State regulations say “all cultivation activities must take place in indoor, enclosed, locked and secure facilities” that have a “complete roof enclosure supported by connecting permanent walls, constructed of solid materials extending from the ground to the roof.” The regulations also specify a long list of stringent security requirements including “commercial grade locks on all external doors.”

Mockingbird representatives did not immediately respond to requests for comments after the Wednesday board meeting. But in a lengthy interview last week, the company’s CEO said it had corrected problems the Health Department pointed out and it plans to have marijuana product available soon — likely the first for the new program.

But Adcock told board members Wednesday that numerous recent reports about marijuana being available to patients soon is probably overly optimistic, in part because there will be a “bottleneck” from lack of testing companies and state investigators.

Adcock was asked by the board about the state’s “seed-to-sale” tracking system, whether it truly tracks every plant grown.

“If they tagged it and put it in the system,” Adcock said.