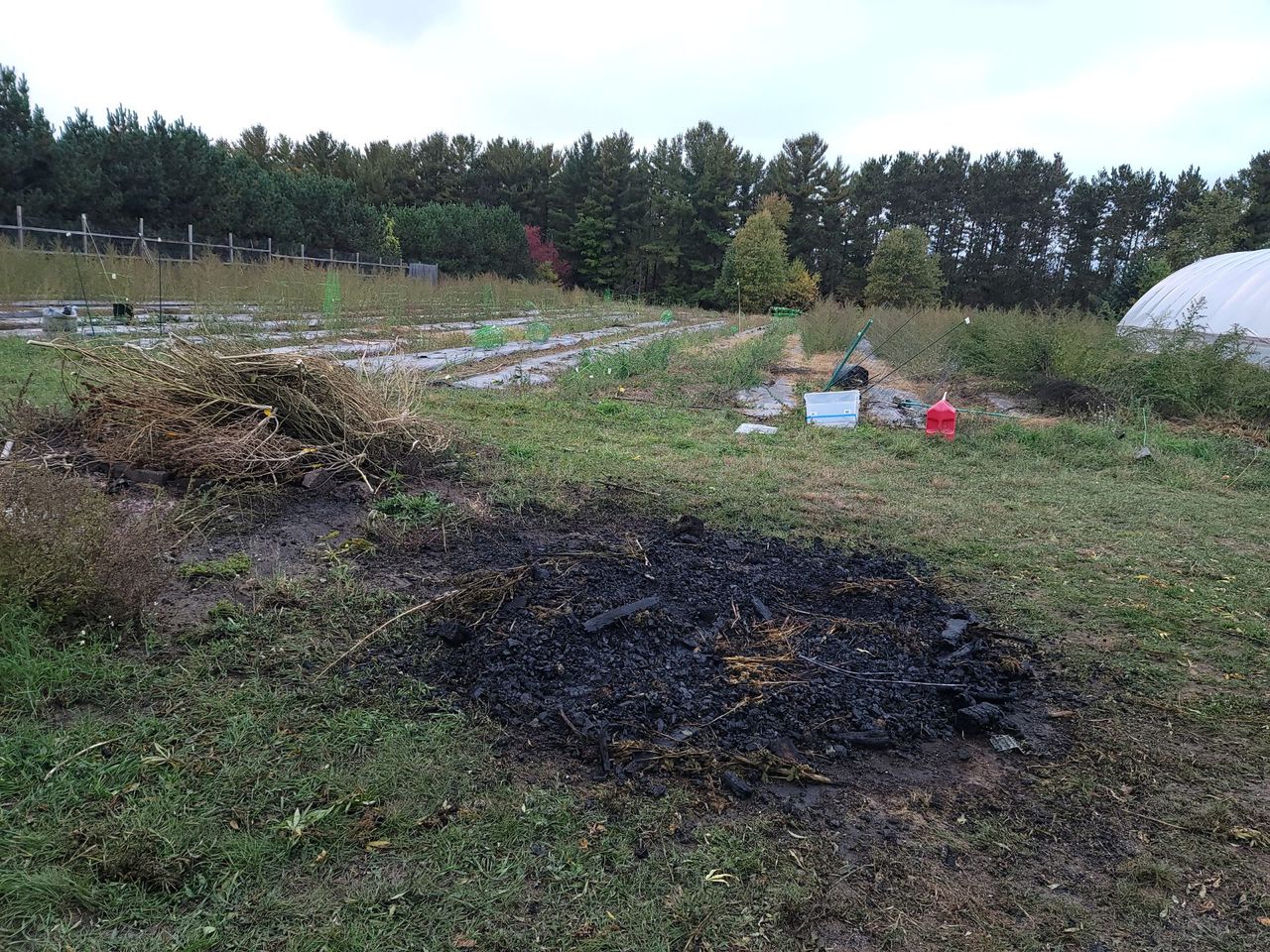 TRAVERSE CITY, MI — It was quiet morning on Thursday, Oct. 6, inside Traverse City’s Great Lakes Hemp Supplements, a cannabis business with CBD products and a decal on the window that reads, “healers not dealers.”

“This is raid,” shouted Michigan state troopers who rushed in the front door.

“Someone’s screaming, ‘state police,’” said 26-year-old office manager Megan O’Brien, who was meeting with a customer in another room. “I come around the corner and there are like 12 of them coming in with guns.”

It was the state police Marijuana and Tobacco Investigation Section, a special enforcement unit that targets — in addition to tobacco tax violations — marijuana-related criminal activity that takes place outside the Cannabis Regulatory Agency’s jurisdiction.

Police suspected the business was an illegal dispensary.

Ten miles away at a small cannabis farm and private residence, Great Lakes Hemp Supplements owner Michael Thue was simultaneously handcuffed and placed in the back of a police car, where he’d spend the next five hours, minus a couple bathroom breaks.

Police allege Thue’s business is breaking laws regulating the commercial production and sale of marijuana. They were looking for “all evidence to assist in the investigation of narcotics manufacturing and trafficking, continuing a criminal enterprise, unlicensed marijuana grow and violation of the Michigan Medical Marijuana Facilities Licensing Act,” according to the search warrant Thue shared with MLive.

While marijuana is legal to use, it’s not legal to commercially sell for profit outside the licensed market. There are guidelines in the state’s 2008-passed Medical Marijuana Act that allow caregivers to sell to designated qualified patients.

Thue claims the business operates openly and legally under the Medical Marijuana Act.

Thue’s business sells hemp and CBD products, helps certify medical marijuana patients and acts as a “compassion club,” providing certified patients marijuana. Thue said the business has operated for years and he believes all of the activities are legal.

Raiding properties “isn’t the way you address questions that you might have over differences of opinion regarding the law‚” he said. “I’m very vocal and very involved in the community and would have gladly have sat down and showed them how I operate my business at any time if they had asked.”

Thue estimated 40 law enforcers were at the scene of his residence and business.

State police verified the search warrants were served but declined further comment, citing the ongoing investigation. Thue is not yet charged with any crime.

Thue said his grow partner is a cultivator for the Native American Church and federally protected from prosecution for growing or possessing peyote or psilocybin mushrooms.

His John Deere tractor was loaded onto a flatbed and impounded. Most of the plants were chopped down and burned in a pile, leaving a charred circle in lawn.

Thue said the marijuana was grown by his father and a friend, both certified caregivers permitted to grow up to 12 plants each per registered patient. The plants not accounted for by caregiver limits were “tiny little” seedlings in six-inch pots used for genetics testing, not consumption, and many were hemp not marijuana, Thue said.

He met with a state police trooper on Monday to obtain a copy of one of the search warrants police failed to leave behind when they departed Thue’s business last week.

“I said, couldn’t you have come and talked to me?” Thue said he asked the trooper at their meeting. “He was like, well, that would ruin my investigation. I’ve been open and operating for 13 years … but they would rather raid and have me take it up with the judge and prosecutor than correct the licensing issue.”

Thue said he hopes to open a recreational marijuana dispensary with partners in Traverse City if and when the city allows it.

Thue stood outside the Capitol in Lansing on Tuesday, Oct. 11, for the Michigan Cannabis Harvest Rally, celebrating cannabis and industry with speakers, music, activists, regulators and business owners spread across the lawn.

Most in the marijuana community already knew of Thue’s run-in with police. He spoke about it publicly on social media.

“No matter what the issue was, paramilitary invasion for cannabis activity is no longer appropriate,” said Jamie Lowell, who co-hosts “Jazz Cabbage Cafe,” a marijuana industry podcast. “In this case, there’s a lot of questions as to what extent of any issue there really is” and they could have “taken a more practical approach.”

Rick Thompson, who leads the Michigan chapter of the National Organization for the Reform of Marijuana Laws (NORML) and co-hosts the podcast with Lowell, said police have “so many other options activate enforcement, they don’t need to resort back to a 2007 way of doing business.”

Thue took classes and passed a test to obtain his certification as a medical assistant to better help medical marijuana customers. He said he’s “broke” and focuses on helping patients, not subverting the licensed market to get rich.

Brian Hanna, a former marijuana inspector and investigator for the CRA, as well as a prior state police criminal analyst, was named acting director of the marijuana licensing agency in September. He’s indicated plans for increased enforcement of illicit marijuana. While Hanna’s role is to enforce rules within the regulated market, the CRA also works with state police to conduct investigations related to black-market marijuana.

It’s unclear if that relationship contributed to the Traverse City raids last week.

The CRA this week suspended for 30 days and fined a Detroit medical marijuana dispensary after an inspector in May of 2021 observed backpacks and duffel bags filled with suspected untagged marijuana at the shop. Since it wasn’t labeled with industry tracking tags, there remains the possibility that it was black-market marijuana sneaking into the regulated market. The business neither denied nor confirmed the allegations.

The issue was handled by the licensing agency, not police.

Thue thinks some of the motivation for the police raids at his property may involve hemp, not marijuana.

Hemp is cannabis that contains negligible amounts of THC, the high-inducing compound in marijuana. Hemp is grown as a commodity for use in various industrial and construction products, but often for the extraction of CBD, which is largely unregulated and believed to contain therapeutic properties.

Thue previously licensed his farm capable of growing 1,100 hemp plants with the Michigan Department of Agriculture and Rural Development, but let the license lapse this year. He said most of his hemp farm plot, rigged with an irrigation system, sat empty when police arrived.

While MDARD still licenses industrial hemp farms, the CRA took over supervision of any processing, production and sale related to hemp extracts, including CBD, in February. Thue said he began the application process to become a hemp processor, but stopped based on wording in the application that indicated CBD is illegal.

“I hope to process hemp for CBD oil, tinctures, food, beverages or animal feed once legal in Michigan,” said a checkbox on application. Thue questioned why he would obtain the license if he still couldn’t legally produce CBD.

When questioned about the hemp processor application wording, CRA spokesman David Harns said the language was removed in September, but he didn’t immediately have further comment on the legality of processing CBD.

“He’s been in the industry as long as anyone I know,” David Crabill, president of the hemp farming trade group iHemp Michigan, said of Thue upon hearing of the raids. “He’s a good guy. He wasn’t doing anyone any harm. That’s insane.”

O’Brien, the manager present when police swarmed Thue’s shop, said she’s believes the business was operating legally under medical marijuana laws as a clinic, not a dispensary.

“We literally have large vinyl (decals) in our windows that tell people what we do and who we are,” she said. “If we would have thought, at any point, that we were doing something illegal, I don’t think we would have done that …

“But at the same time, I’m terrified to come to my workplace. Police told me that I need to find a new job and that I’m a suspect in all this.”

Marijuana is legal in Michigan, but mothers may face a CPS investigation if they use it