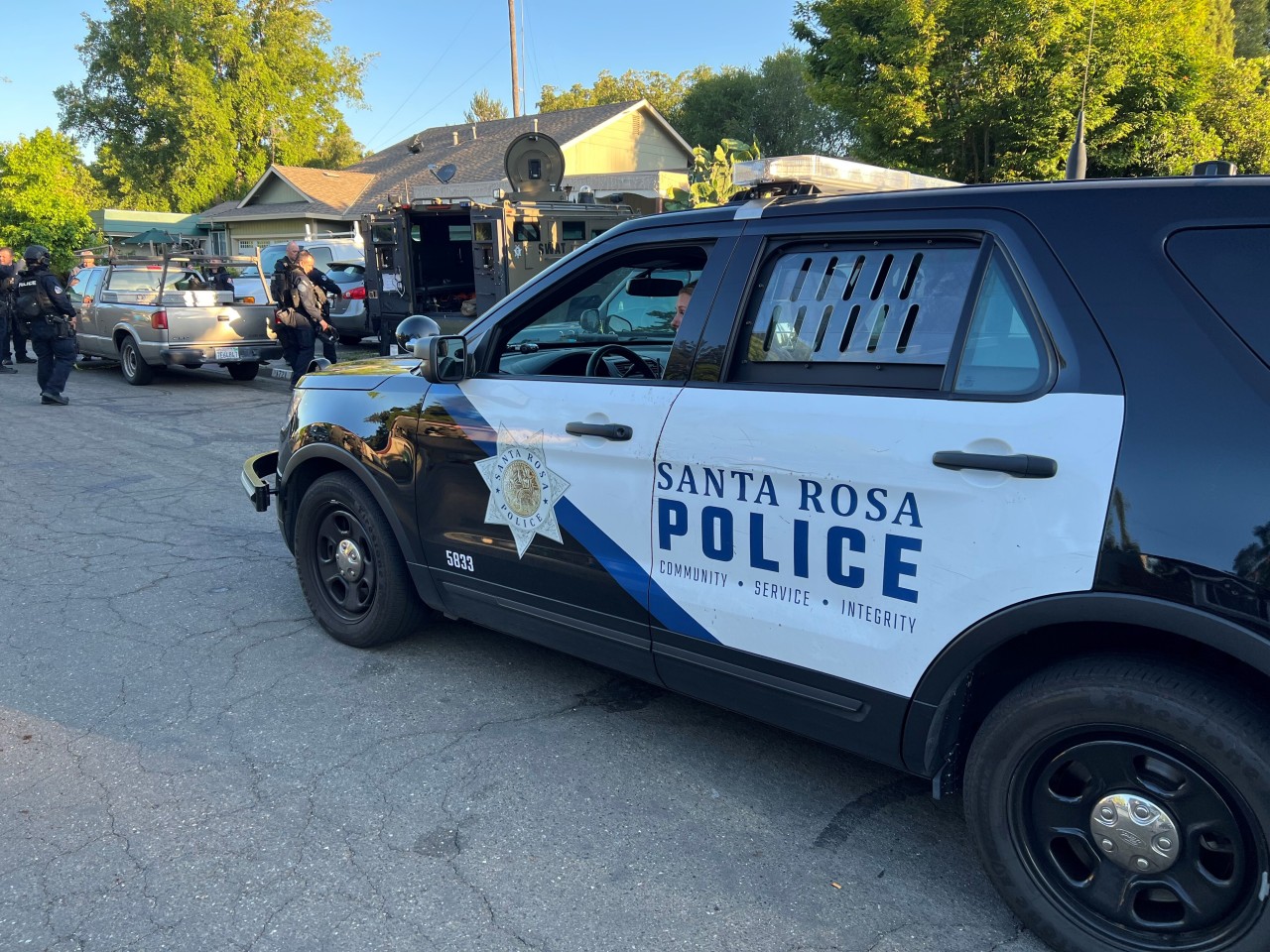 SANTA ROSA, Calif. (KRON) — A man was arrested in connection with a burglary of a marijuana dispensary, according to a statement from Santa Rosa Police Department.

Around 7:30 a.m. on Saturday, multiple SRPD officers were called to a potential robbery in progress on the 2300 block of Circadian Way. An employee at the location called a coworker to report that men wearing masks were robbing the marijuana dispensary.

Officers decided to assemble and develop a tactical plan before heading to the scene. The investigating officer at the scene learned that the information given to them was around 15 minutes old and the suspects had already fled the scene in a silver Honda Accord. An employee wrote down the license plate of the vehicle and the dispatch center contacted the registered owner. The suspects were described as two white men in their mid-40s.

Officers later learned that the two men wore ski-style masks and parked at a nearby loading dock. Another employee at the scene blocked in the Honda Accord that the suspects were in with his own vehicle.

According to police, when the suspects tried to flee the scene they rammed the employee’s vehicle with the employee still inside. The employee in the car recorded everything using their cell phone and turned that footage over to police.

KRON On is streaming now

Two officers with SRPD’s Downtown Enforcement Team were familiar with the registered owner of the Accord. The Accord was registered to Jack Cole, a 54-year-old man from Oakland who lives in an RV in the area. Cole was found near the parked Honda Accord and his RV in the area of Petaluma Hill Road and Pressley Street. The officers detained Cole based on his probation station and potential connection to the robbery.

The investigating officer arrived on scene and police say Cole admitted to assault with a deadly weapon due to using his car to ram the employee’s vehicle. Cole told police he was looking for a “lost dog” but he could not clarify why he believed his dog was lost.

Officers are still searching for the second suspect who was with Cole during the crime. Cole was arrested for assault with a deadly weapon and was booked into the Sonoma County Main Adult Detention Facility.