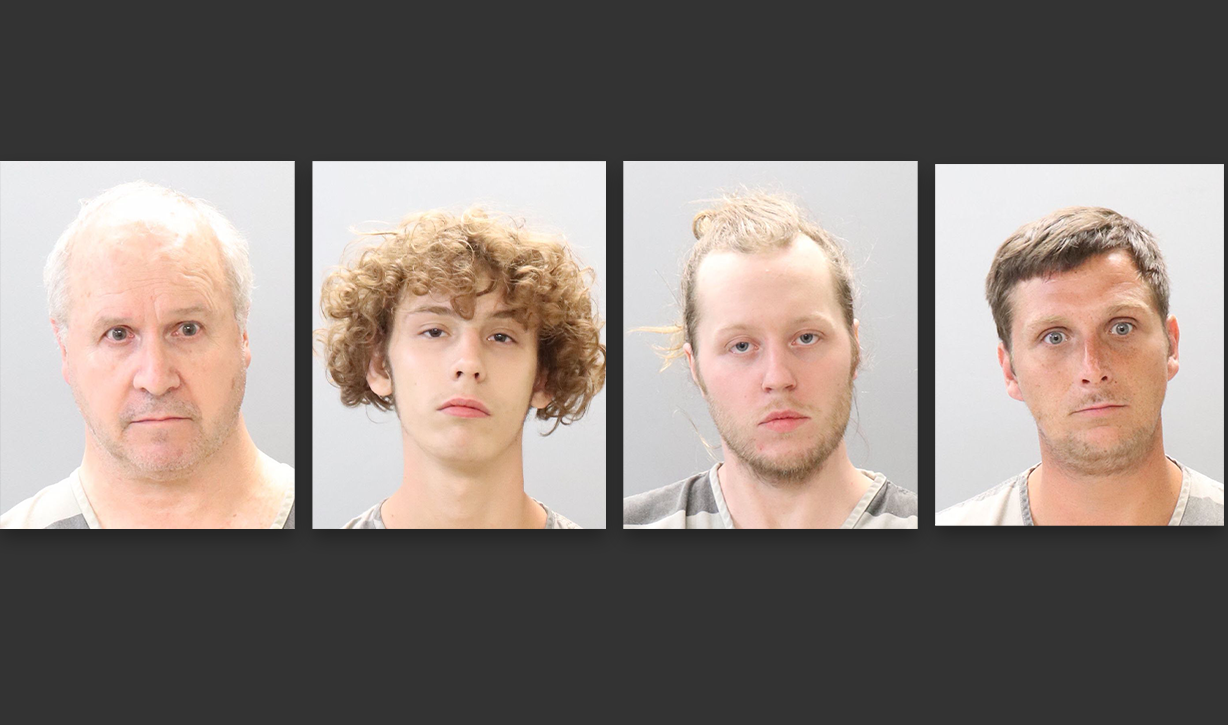 KNOXVILLE, Tenn. (WATE) — Four people were arrested while deputies with the Knox County Sheriff’s Office’s narcotics unit served a search warrant in Knoxville according to police.

On Thursday, September 22 around 7 p.m., officers arrived at a home on the 9300 block of Ridges Meadow Lane to serve the search warrant. When they entered the home, police found Bradley Allen and Travis Hayne sitting on the couch, where police say there were scales, baggies, heroin, and cash in plain view in front of the pair.

When police searched the area, they found 12 grams of heroin, 19 grams of marijuana, various drug paraphernalia, and $1,218. As police were searching the home, Conner arrived and all 4 people were taken into custody.

During an interview with police, authorities say Hayne admitted that he was there to buy heroin from Allen, and Allen allegedly did not deny this when he was asked about it. Allen stated that the money found was his.

Police say that Allen, Conner, and Harold all live at the home and were charged with maintaining a dwelling for drug use, sale and delivery of heroin and marijuana, and unlawful drug paraphernalia. Hayne was charged with simple possession casual exchange of heroin.

Work on Kentucky’s medical marijuana program continues, with or without General Assembly