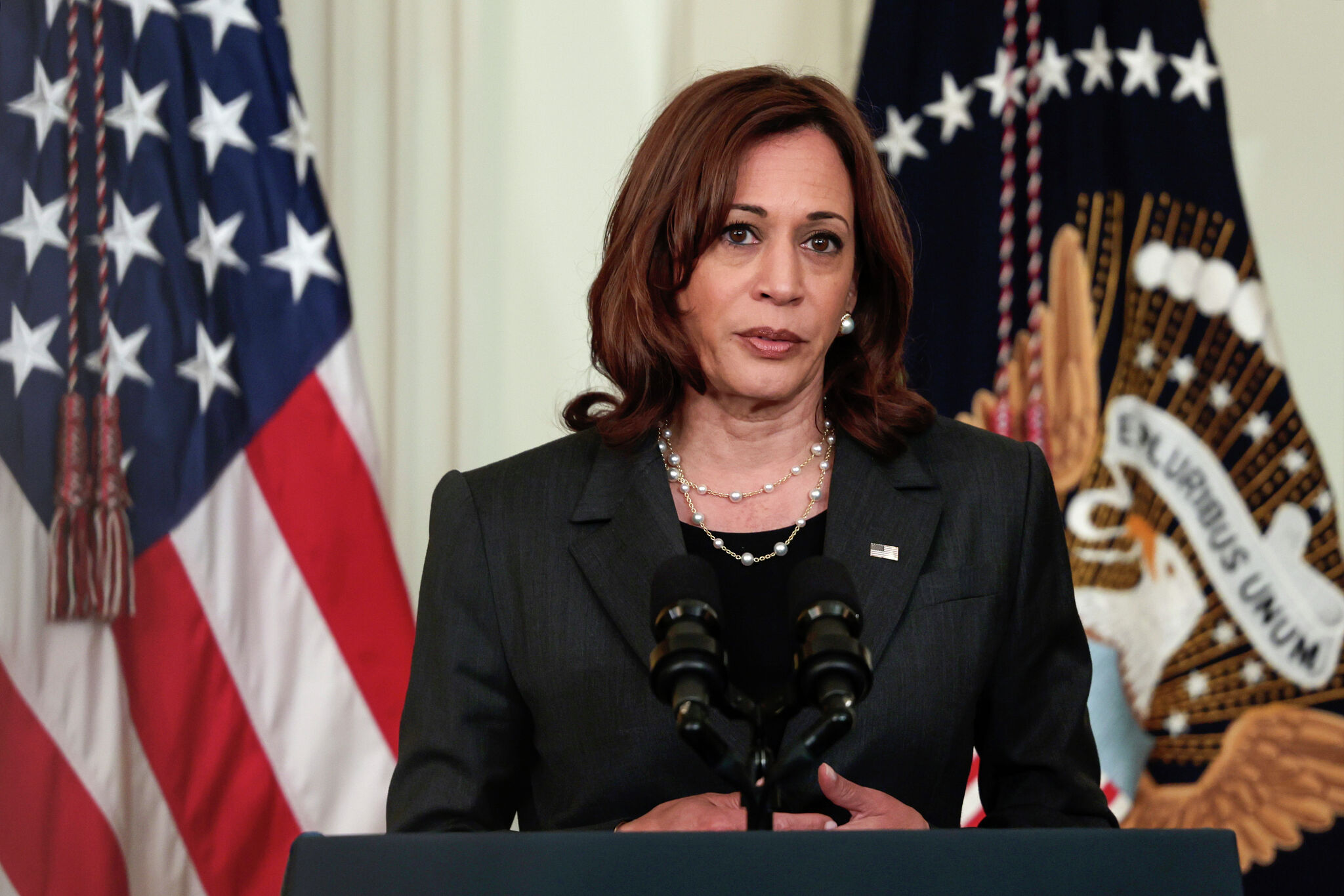 Harris appeared on “Late Night with Seth Meyers” on Monday, where she said, “Nobody should have to go to jail for smoking weed.” It was the exact same line, delivered with the exact same cadence, that she gave when addressing a crowd at an abortion rights rally in Texas on Saturday. It’s clear that she’s been prepped with talking points — perhaps related to accusations that she has trouble articulating thoughts off-the-cuff — but putting the cringey I’m-a-hip-older-person vibe aside for a moment, it must be understood that she has very limited credibility on this issue.

Harris oversaw at least 1,956 marijuana convictions in San Francisco during her 8-year tenure as the district attorney, and a Mercury News analysis of those figures found that marijuana arrests under Harris led to a higher rate of conviction than did arrests made under her predecessor. Very few of those convictions actually resulted in jail time, but convictions can still impact a person’s life even if they aren’t incarcerated.

It wasn’t until she was a member of the United States Senate and widely considered a 2020 presidential contender that Harris came out publicly for legalizing marijuana, but that announcement probably seemed disingenuous to those who had followed her career in California politics up to that point.

She actively fought a 2010 ballot measure that would have legalized recreational cannabis in the state, going so far as to author an opposing argument in the California voter guide. Then, when she was running for a second term as the state’s attorney general in 2014, she replied to a question about her opponent’s support for legalizing recreational marijuana use by saying, “He’s entitled to his opinion,” and then laughing.

VP HARRIS: “Nobody should have to go to jail for smoking weed.” pic.twitter.com/yHDGeUyQ9e

Now, I understand that career politicians have to change their views on hot-button issues as the cultural zeitgeist evolves. But the fact remains that Harris’ long history on this issue makes her arguably the worst person to be out in the public talking about it. Her opponents in the 2020 Democratic primaries, including Joe Biden, successfully torpedoed her presidential campaign by framing her as a draconian prosecutor who was too tough on petty crimes, and now she’s in charge of messaging on pardoning past marijuana convictions?

Imagine that you’re one of the nearly 2,000 people in San Francisco who was convicted of a marijuana charge under Harris. Maybe you’ve had trouble finding and keeping a job, or maybe you’re a student who was denied financial aid for college. Then, you turn on the TV to see Harris laughing alongside Seth Meyers and saying, “Nobody should have to go to jail for smoking weed.” You probably want to be hearing from someone other than the “fun aunt” version of Harris on this issue.