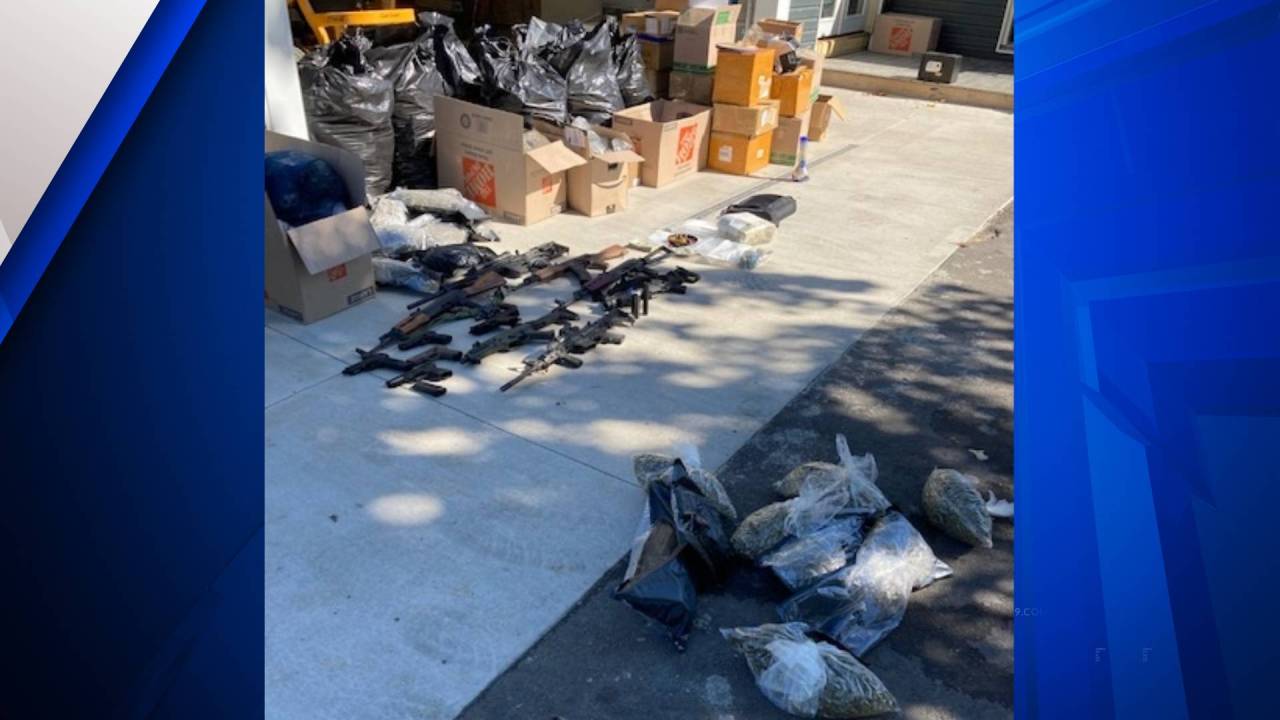 CONNERSVILLE, Ind. — A search warrant searched on a seemingly peaceful street in Connersville revealed a home hiding more than $2 million worth of marijuana and THC products, according to Indiana State Police, along with a trove of assault weapons and piles of cash.

Three Connersville residents have been arrested as a result of the drug bust and incarcerated in the Fayette County Jail.

Tristen Sweney, 25, and Nokomus Nicholson, 23, face charges of dealing and possession of marijuana over ten pounds along with maintaining a common nuisance, all three Level 6 felonies.

Troopers executed the search warrant on Wednesday and discovered the hoard of drugs, firearms and cash.

According to state police, inside the residence was approximately 309 pounds of packaged marijuana, 34 pounds of THC wax, more than 14,000 THC vape cartridges, several hundred marijuana cigars, and a multitude of various edibles including “medicated” chips and candies.

Numerous assault rifles, several pistols, one fake suppressor, and two baffled suppressors were also located and seized, according to state police. U.S. currency confiscated from the home reportedly totaled in excess of $100,000.

A GMC Denali was also confiscated by state police.

State police said the estimated street value per ounce of the confiscated marijuana would be in excess of $1.4 million. The THC wax sold per gram would reportedly be in excess of $300,000 along with another $280,000 or more in the THC vape cartridges.

All three of the suspects charged in the drug seizure were found within the residence during the search by state police. A toddler was also located within the home with the Department of Child Services stepping in to assist with placing the child.