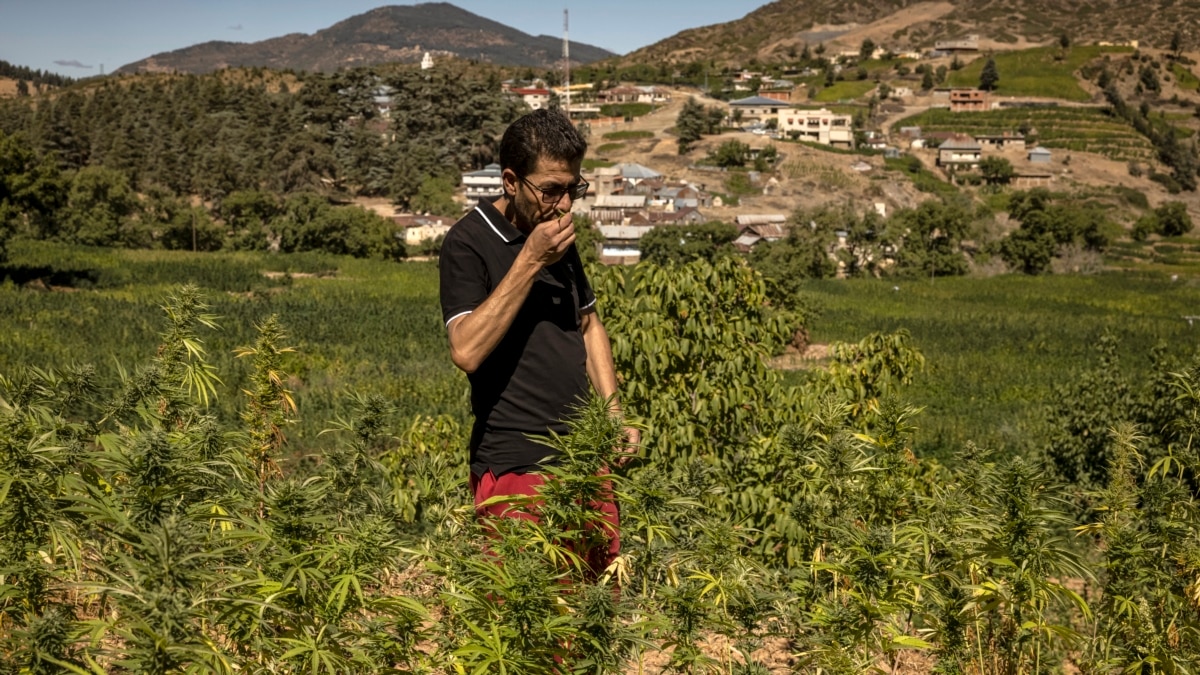 In the hills of northern Morocco, vast cannabis fields are ready for harvest, but farmers complain that a government plan to market the crop legally is yet to deliver them any benefits.

The marginalized Rif region has long been a major source of illicit hashish smuggled to Europe while Moroccan authorities, wary of social unrest, have often turned a blind eye.

Growers now hope that a change in the law last year will help them profit legally from medicinal cannabis, increasingly used to treat conditions including multiple sclerosis and epilepsy.

Morocco — the world’s top producer of hashish according to the United Nations — lies on Europe’s doorstep and is potentially well placed to become a top legitimate exporter.

But a domestic crackdown on growers, slow progress in issuing licenses for legal production and strong competition from European operators has left Rif farmers out in the cold.

“We’re still attached to this plant, but it has stopped giving us anything,” said Souad, a cannabis farmer in the village of Azila.

Like others AFP interviewed, she did not want her real name to be published.

“Nobody wants it anymore,” Souad shrugged. “Our lives are hard now.”

Under a law the government approved in March last year, farmers will be able to form cooperatives to grow limited amounts of cannabis for processing and sale by licensed firms.

Souad, who still helps her sons on the family plot despite being in her 60s, holds tentative hope that this will help her community make a better living.

Demand for the Moroccan product has dropped as legal, highly regulated, production in Europe has fed the market.

Moroccan farmers’ income from cannabis fell from 500 million euros (now around $497 million) a year in the early 2000s to less than 325 million euros in 2020, according to an interior ministry study last year.

“The market has fallen drastically,” said Karim, another grower.

Adding to the pressure, he was only able to farm part of his family’s land in Azila this year because of water shortages driven by the worst drought in decades.

Moroccan authorities have also stepped-up raids against farmers in the Rif as they seek to dismantle smuggling networks in favor of the legal trade.

“Farmers are the weak link in the supply chain — we’re the ones who pay the price” for involvement in the illicit market, Karim complained.

“The only option we have left is prison,” said the 44-year-old.

Noureddine, another cannabis grower, said he too holds out hope that legalization of the drug could help farmers in the Rif.

However, he added, “so far nothing has changed. We’re always seen as thugs and criminals, but we’re just farmers.”

A six-hour drive away in the capital Rabat, a government official insisted that better times were around the corner for cannabis growers.

“There may be concerns, but legalization will dispel them because it will benefit the growers,” he said, asking not to be identified because he was not authorized to speak to the media on the subject.

The state estimates that growers could receive some 12% of revenues from regulated cannabis production, compared to just 4% on the black market, according to state news agency MAP.

But authorities have stressed that the process must not be rushed.

On Tuesday ANRAC, a new government agency inaugurated in June to regulate the industry, issued the first 10 licenses to firms that will process the plant for therapeutic purposes.

Then it will be the turn of farmers in the Rifan provinces of Al-Hoceima, Chefchaouen and Taounate to form cooperatives and register with ANRAC with a view to receiving production licenses under a quota system.

Under the 2021 law, licenses to produce cannabis are granted “only within the limits of the quantities needed to meet the needs for the manufacture of products for medical, pharmaceutical and therapeutic purposes.”

Cannabis farms covered 55,000 hectares (around 136,000 acres) in the northeast of the kingdom in 2019, providing livelihoods for up to 120,000 families, according to a study conducted before the law was passed.

Civil society groups in the area are mobilizing to inform farmers about the technical aspects of the new system.

Some details are “complicated,” said Soufiane Zahlaf, who represents Azila residents in dealings with authorities on the matter.

“But if the approach of the authorities is inclusive,” he said, “then great things can be achieved.”