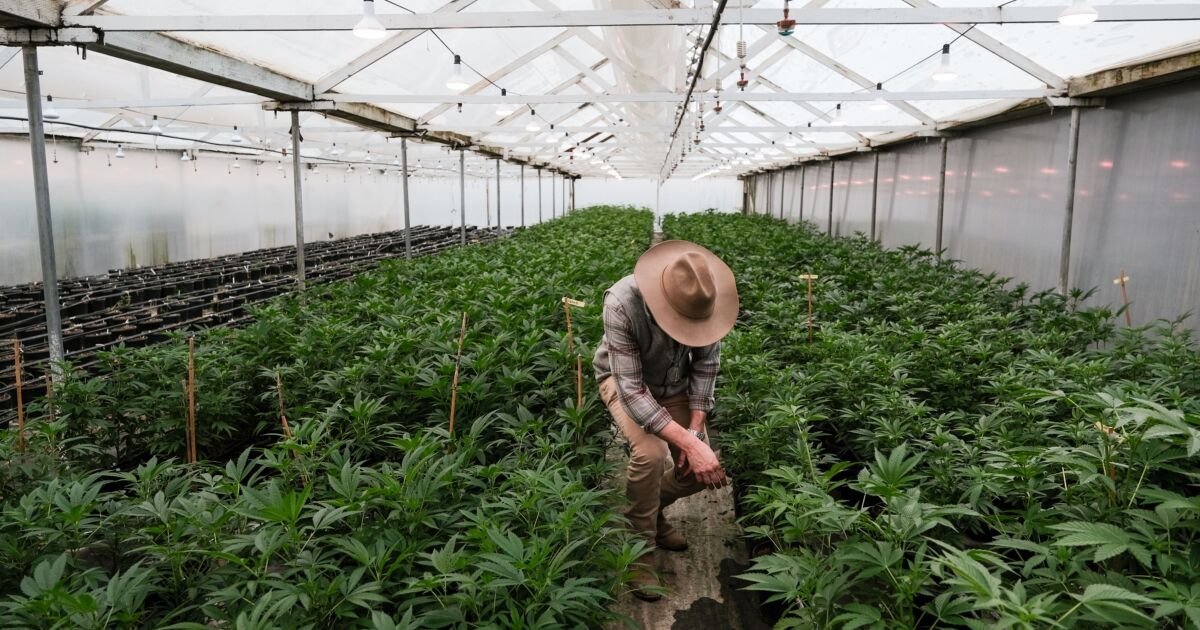 From her start with Southern Chautauqua Federal Credit Union in Lakewood, New York, more than eight years ago, Lindsay Hubbard set a goal to steer her institution into the cannabis banking world.

When she joined the credit union, “I realized there’s still such a horrible stigma surrounding cannabis out there, and it’s something that’s never put me off personally. … So I wanted to be able to look into that and quickly found out there are limited resources available to the industry, and I wanted to be a solution for them,” said Hubbard, the credit union’s chief compliance officer.

The $129 million-asset SCFCU announced the launch of Flora, its newly formed cannabis banking program, on Oct. 6. Farmers and other vendors in the marijuana industry who meet SCFCU’s membership requirements can open a business account and utilize services such as savings and checking, investing, online banking and more.

As long as members operate within legal boundaries, and the credit union has methods for regulating and monitoring transactions, the risks associated with servicing potential customers are manageable, Hubbard said.

As part of the initiative for developing Flora’s framework for onboarding and gathering necessary information under Bank Secrecy Act regulations, the credit union partnered with the Bonita Springs, Florida-based Green Check Verified. The technology firm offers financial institutions tools for tracing and verifying the cash coming from their cannabis clients, as well as bespoke reports needed for filing currency transaction records and suspicious activity reports.

Kevin Hart, chief executive and founder of Green Check, explained how streamlining the processes for documentation and parsing transactions through the addition of technology helps reduce the compliance burden undertaken by financial institutions.

“Just because somebody has a license from the state, they can’t show up with a duffel bag full of cash like Scarface and say let’s do business together. …  There is so much more complexity to it and this is where technology comes into play because it allows Lindsay to be a compliance officer, not a cannabis regulator,” Hart said.

Hart emphasized that by directly integrating into each cannabis client’s financial accounting system, the firm can run transactional data through its compliance algorithm while lowering the costs and stresses associated with vetting each transaction.

Because cannabis is not yet legalized at the federal level, many financial institutions remain hesitant to get involved in the industry. The National Credit Union Administration sees this as an opportunity for credit unions to step in as providers for underserved marijuana businesses seeking access to mainstream financial products.

“Helping these businesses to access legitimate financial services, where they can perform electronic transactions, deposit funds and secure reliable access to affordable credit will only help to spur that growth,” Rodney Hood, board member of the NCUA, said in a prepared speech to the Emerging Markets Coalition in Washington. “We need to give them an on-ramp to the mainstream financial services system.”

Institutions such as the $1.1 billion-asset Vermont State Employees Credit Union in Montpelier and the $3 billion-asset Needham Bank in Needham, Massachusetts, are deepening their roots within the pot-banking industry as the regulatory climate surrounding the crop evolves.

Other examples include Safe Harbor Financial, a cannabis banking company launched by the $589 million-asset Partner Colorado Credit Union in Arvada last year as a subsidiary and helmed by its then-CEO Sundie Seefried, who later left the credit union to dedicate her time to the new venture. The company was recently acquired by Northern Lights Acquisition for $185 million in cash and stock.

Seefried explained that the total burden varies depending on the amount of business a credit union will put on their books, leaving smaller institutions to struggle with the costs of compliance.

“At this point in time, we file 1,000 reports a month and you cannot miss one of those reports, according to regulations,” Seefried said. “When I talk to financial institutions at this point in time, I pretty well tell them if you’re going to create a sizable portfolio, you probably shouldn’t be smaller than $300 to $400 million of assets because we see financial institutions get in and get out due to resource issues.”

Even with potential allowances from the Secure and Fair Enforcement (SAFE) Banking Act that would protect institutions interacting with cannabis companies, experts with the Credit Union National Association argue that other risks also come into play at the federal level.

“A couple of risks credit unions have to keep in mind is that they could face criminal liability for [serving] a business that engages in this activity because it is federally illegal, the NCUA could pull the credit union’s charter and terminate the Share Insurance account,” and many others, said Madison Rose, director of advocacy and counsel for payments and technology at CUNA.

Credit unions positioned for reaching underserved communities and businesses within their fields of membership can see cannabis consumers as the next opportunity, provided that it’s feasible, Rose said.

“It comes down to being able to serve members in a way that they need, [as] that’s what credit unions are intended for. … Our mission is to serve our members where they are and this might be a way of doing that,” Rose said.