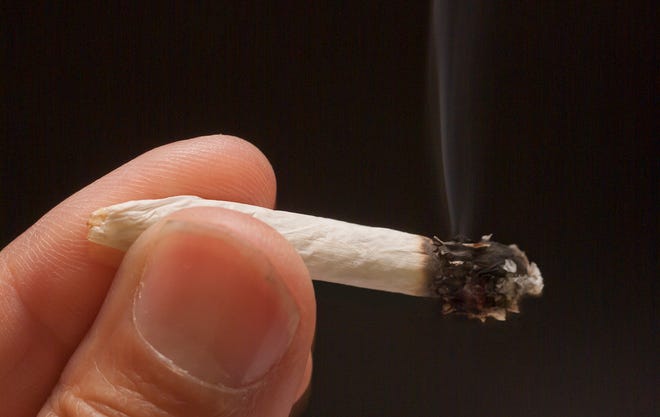 BRIGHTON — The City Council voted Thursday to schedule a public hearing on a proposed ordinance that would allow a maximum of two marijuana stores and regulate adult-use recreational marijuana retail business in the city.

The council set a hearing for Nov. 10 to review the proposed ordinance, which, if approved, would reverse the city’s current prohibition on recreational sales. The public hearing will occur after voters in the city decide Nov. 8 whether to approve a separate ballot proposal that would allow at least two marijuana stores in the city.

City officials could decide to approve or deny the proposed ordinance, regardless of whether voters approve the ballot proposal.

The ballot proposal would also give the city authority to enact zoning regulations, establish an application process for would-be marijuana store operators, and enact police powers. Should voters approve the ballot proposal, city officials could pass the proposed ordinance to set rules for marijuana retail in the city.

City council also voted Thursday to move its Nov. 3 meeting to Nov. 10 in order to conduct the public hearing after the election.

RELATED: Brighton council to discuss draft ordinance for marijuana stores ahead of election

Council member Paul Gibson made the motion, which received unanimous support. Gibson also asked city staff and attorneys to clarify one paragraph in the proposed ordinance.

Bohn said he can’t guess whether city council will approve the proposed ordinance.

A group with ties to marijuana industry professionals, Say Yes to Brighton Committee, promoted the ballot initiative, collecting signatures and then suing the city to get it on the ballot.

One of the backers, Joey Kejbou, attended Thursday’s meeting and expressed concern during public comments that the city’s proposed ordinance “would effectively negate the will of the voters.”

“I just don’t think undermining the process of the vote is in the spirit of the democratic process,” he said.

He said the city’s proposed buffers would make marijuana retail business in the city “impossible.”

The city’s ordinance would prohibit stores within 800 feet of K-12 public and private schools, parks, playgrounds, churches, a state licensed substance use disorder program, and “an establishment that offers regular on-site cultural, educational, artistic, athletic, social, recreational or advisory programs and services primarily to persons 18 years of age and under.”

The ballot proposal only includes 800-foot buffers from schools and parks of more than 1 acre.

He told Livingston Daily earlier this year he is acting as general counsel for the Say Yes to Brighton Committee and does not have a personal interest in any marijuana business in Brighton.

“I don’t feel that way,” Bohn said. “We’re trying to establish order and process. I have no idea what will occur” at the city’s Nov. 10 public hearing.

What’s in the city’s draft ordinance?

As proposed, the city ordinance would only allow two marijuana retail establishments and go into effect Dec. 1.

Medical marijuana businesses would be prohibited.

It also establishes a process for how would-be marijuana store operators could apply authorization and special land use permits from the city, as well as a system for scoring applications.

Residential uses in the same building would also be prohibited, according to the draft ordinance.

The draft also recommends hours of operations be limited to 8 a.m. to 8 p.m.

The draft, which contains additional regulations, is available on the city’s website in the meeting packet for Thursday’s city council meeting.

What’s in the ballot proposal?

If passed by voters, the ballot proposal would repeal the city’s ban on marijuana businesses and allow least two marijuana stores.

It would go into effect Dec. 1.

The ballot proposal says businesses would be allowed to offer delivery, drive-thru and exterior walk-up windows.

It also would allow the city to enact police and zoning regulations related to marijuana businesses.