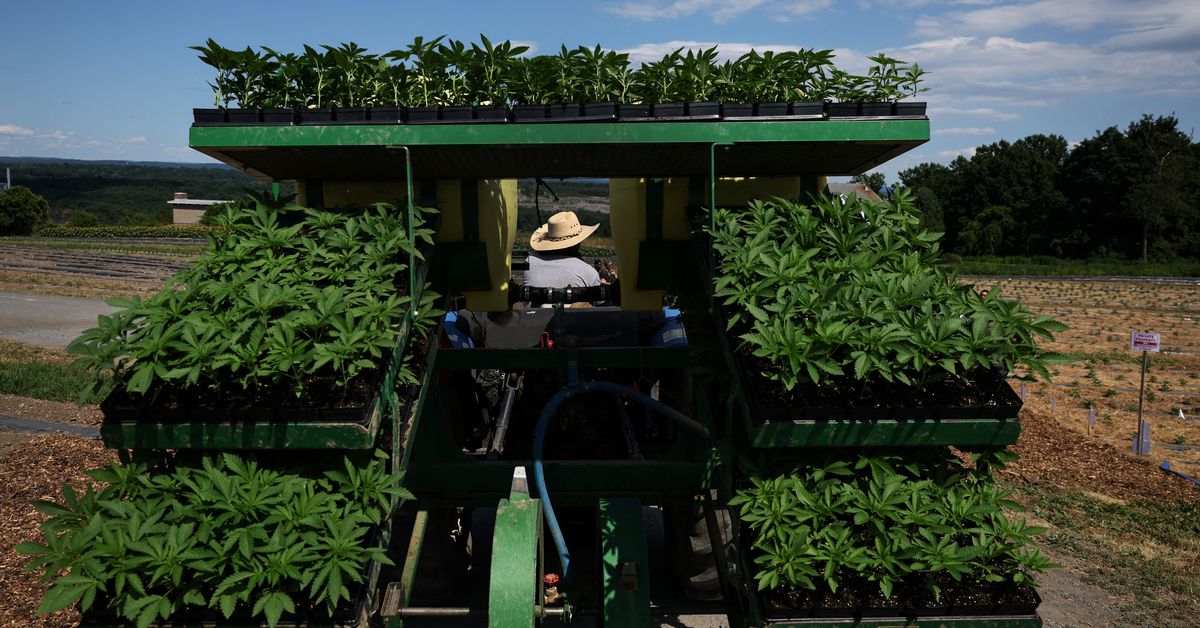 TORONTO, Nov 9 (Reuters Breakingviews) – The U.S. cannabis industry would do well to heed the lessons of Canada’s growing pains. Preliminary election results indicate that Maryland and Missouri will become the latest states to legalize recreational weed usage, bringing the total to 21, plus Washington, D.C. As the nationwide marijuana movement marches ahead, including U.S. President Joe Biden’s recent pardoning of thousands of Americans convicted of possession, it will be important to keep things mellow.

Too much hype contributed to a costly glut up north, where weed was first legalized four years ago. Ontario-based Canopy Growth (WEED.TO) shares tumbled from a peak of around $50 apiece in April 2019 to below $3 earlier this year. It unveiled plans six weeks ago to offload its Canadian retail shops and subsequent plans for a U.S.-domiciled holding company to hasten its entry into the market, helping give the $1.5 billion company a fresh spark.

Even as the United States becomes more pot-friendly, however, there’s no guarantee that financial success will follow. Canada’s illegal trade, for one, provides a cautionary tale. Legal cannabis accounted for 66% of sales in the fourth quarter of 2021 compared to 9% before legalization, according to government figures, but an industry trade group estimates criminal activity still accounts for at least half the market. Meanwhile, the country’s oversupply of licenses has not only created fierce competition, but it also has led to excess supply. Approved cannabis growers destroyed a record quantity of unsold buds last year, the Financial Post reported. A punitive excise tax of about C$1 per gram also eats into margins.

Multi-state U.S. operators pay a hefty levy to Uncle Sam, too, but it could be rescinded if cannabis gets removed from the list of federally controlled substances. What’s more, unlike in Canada where most operators need to sell to provincial boards at wholesale prices, U.S. companies are often vertically integrated, meaning they capture the full production-to-retail margin. Canadian distributors take as much as 30% to 40% of the retail price, according to Bank of Montreal research. Fewer available licenses in the United States also mean barriers to entry are higher. Even so, black markets plague California and other areas. There are increasing reasons to feel groovy about U.S. prospects, but investors should avoid getting too high on them.

(The author is a Reuters Breakingviews columnist. The opinions expressed are her own.)

Five U.S. states had ballot initiatives to legalize the recreational use of marijuana, and preliminary results on Nov. 9 indicated the measures would pass in two of them, Maryland and Missouri, according to individual state results.

Votes in Arkansas, North Dakota and South Dakota were set to fail.

U.S. President Joe Biden said on Oct. 6 that he would pardon thousands of people with federal offences for simple marijuana possession as well as initiate a review of how the drug is classified, Reuters reported.

The Canadian government on Sept. 22 announced the launch of the legislative review of the Cannabis Act, which came into force on Oct. 17, 2018. The legislative review will evaluate, among other things, the effects on young people and progress made in deterring criminal activity and displacing the illicit cannabis market.

Opinions expressed are those of the author. They do not reflect the views of Reuters News, which, under the Trust Principles, is committed to integrity, independence, and freedom from bias.

Sharon Lam joined Breakingviews in late 2017, and writes about Asia’s consumer goods sector, technology and travel. She previously covered technology and culture at Forbes, and has also worked at Mirae Asset Global Investments and HSBC private bank. Sharon holds bachelor’s degrees in international relations and political science from Tufts University, and is currently based in Hong Kong.