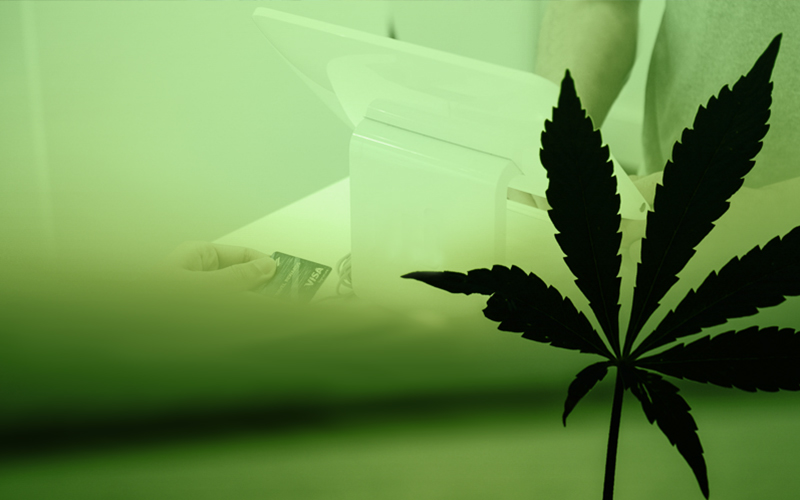 Catherine Burke, a corporate attorney at Gravel and Shea in Burlington, has experience working with all types of business owners and now specializes in advising clients on navigating the emerging cannabis industry in Vermont. “These were entirely new businesses, so a lot of people needed help navigating the legal system, both from an ordinary business setup and then getting the cannabis business permits is complicated. There’s a lot of nuance in that,” she said.

One of the challenges she noted for cannabis businesses is banking. “It can be hard to get a bank account. It’s still against the federal law to be engaging in this type of business. The Bank of America and JPMorgan and Wells Fargo, none of them want to touch this. There are local banks and credit unions, thankfully, that have opened their doors to this,” she said. “Some of them have reached the limit of how many they can do, as far as processing applications.

“The current permitting system is obviously quite new, so that’s been difficult for people to know what they were going to need. The state Cannabis Control Board has done a great job with the resources they have. But they were limited at the beginning as a brand-new agency. It’s been difficult for them to get the regulations and applications in place, and then for people to try to learn on the fly.

“There have been delays with all types of licenses. Some of that is just due to the need to get the information. Some of it is the background checks have been a little slow, with the capacity with the vendor who does that. The law that allowed for the recreational cannabis market set a staggered process with the licenses, so cultivators could get their licenses first, manufacturers, labs and wholesalers, and then the retailers and integrated licenses available. What that led to is a lot of uncertainty among cultivators if they were going to be able to use their crops. Until those guys are permitted, the farmers are just sitting on the product. As for the licenses that were available later, particularly manufacturers and retailers, they’re just sort of in a waiting game.”

When asked what the first steps for a prospective cannabis business should be, she said first, form an LLC. She also said figuring out finances and having a solid business plan in place are critical. Everyone involved in the business will have to go through background checks. “You do want to make sure you’re getting the help you need for getting your permits,” she said. “Even once your business is off the ground, there’s annual licenses, licensing processes, things you have to do for employee training. It’s really valuable to rely on experts.

“The state projections are that it could be an industry generating up to $225 million a year by 2025, which would result in the state getting in the neighborhood of $40,000,000 a year in taxes. That’s certainly a big benefit that could support a lot of programs. Some of that money is actually earmarked for programs designed to educate the public about the risks of cannabis to make sure there’s not teen use.” She also noted that having a regulated cannabis market would make cannabis use safer and prevent unknown substances being overused or misused. “There are a lot of potential upsides to businesses and to the state.”

She noted that Vermont has been thoughtful in its creation of an equitable market for certain groups that may face barriers to starting businesses. “Some of them stemming from conviction histories for cannabis offenses, others due to being part of historically less resourced populations — BIPOC, women, disabled people. As part of the application process, the state actually set up three different groups: social equity applicants, economic empowerment applicants and then general applicants, anyone who doesn’t fit those categories. For the first two designations, you have to demonstrate that you meet the criteria. For the social equity piece, you would have to be someone who had a prior cannabis conviction that resulted in imprisonment, a close family member who had that, or Black or Hispanic. The main advantage was that they were able to get in the door first, their applications were prioritized. For the social equity applicants, their application fees are waived. They have reduced licensing fees for the first few years. I think the state has done a really good job making sure they gave more avenues for people to get involved in this industry. It’s been rewarding to be able to help people through this process.”