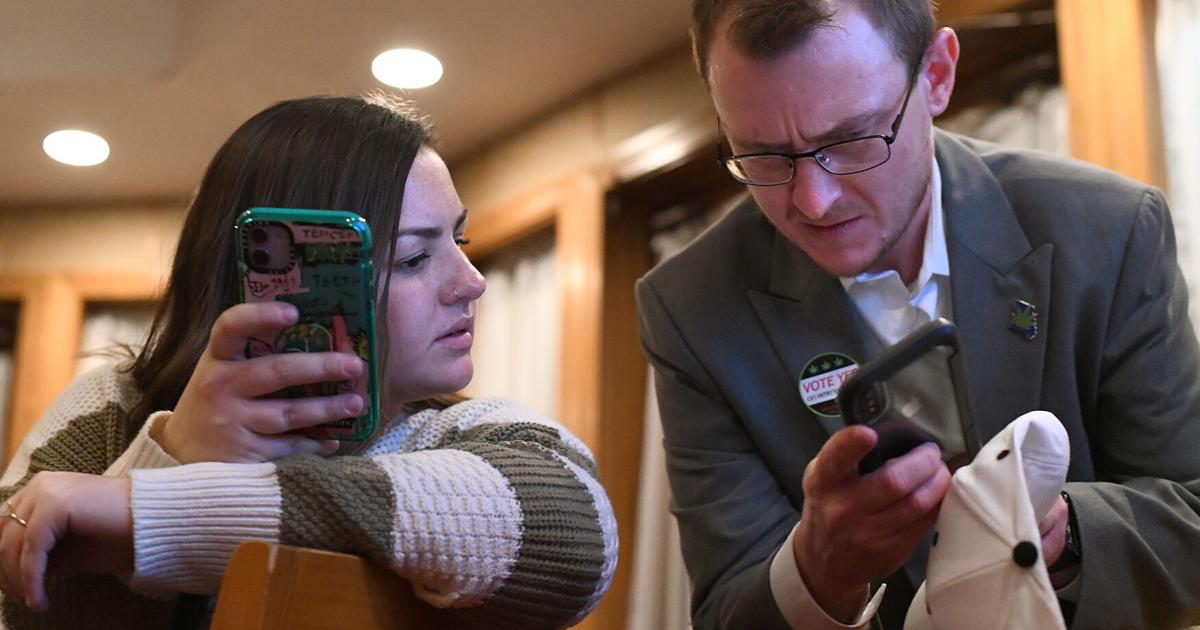 As cannabis businesses in the state gear up for marijuana to be legal in Missouri, the rest of the state’s businesses also face changes. Employers will likely have to alter drug screening and usage policies to better match the changing law.

That timeline gives employers a few weeks to look at policies. Human resource consultants say workplaces should make sure they are familiar with their drug policies and ensure they are up to date.

“(Marijuana) previously could keep an individual from being hired; it could cause a person to be fired. But now because it is legal, you have to kind of rethink your policies and how we hold people accountable for drug use,” said Tiffany Slater, the CEO of St. Charles-based HR TailorMade, which provides human resource services to small businesses.

In general, businesses should not just rely on blanket policies they find on the internet, Slater said. Instead, policies need to work for businesses’ specific needs.

The process will take a lot of patience, said David Porter of Porter Law in Lake Ozark. There are a lot of questions that remain that will come down the line as the amendment settles in that business owners will have to wait and see.

“In this early stage of legalized marijuana, I think some patience, some listening to what is going on in the legislature, in the Department of Health and Senior Services, those kinds of things will allow them to more effectively prepare than simply trying to read the tea leaves in what is a very high-level document with the initiative petition of Amendment 3,” he said.

A little over a week after election day, Porter had not heard from any businesses yet. He expects some to be proactive and reach out ahead of time, but he also expects some businesses to seek counsel down the line.

As employers navigate the changes, there are bound to be lawsuits that emerge, Porter said. But Sue Kmet, founder and president of Kmet Consulting, points out that employers want to do everything they can to avoid litigation.

Many policies will likely align with company alcohol rules, said Kmet, who provides human resource services to businesses in Missouri and Iowa.

Federal regulations also play a part in what workplace policies will look like. For instance, U.S. Department of Transportation contractors will have to consider federal guidelines, where marijuana continues to be an illegal substance, she said.

Success! An email has been sent to with a link to confirm list signup.

Error! There was an error processing your request.

It’s common for businesses to test for drugs during the hiring process, said Angela Garrison, the president of Springfield-based TOMO Drug Testing. When medical marijuana became legal in 2018, some dropped THC from their testing, but most of them didn’t, she said.

“If you’re going to continue to test, make sure all of your employees are aware of your drug and alcohol testing policy,” she said. “That means what they could be tested for, what drugs you’re testing them for, why they’re tested.”

Employers also need to consider how to handle if someone is impaired at work, Kmet and Slater said.

“The biggest thing that we have to do as HR professionals, as small business owners, quite frankly, we have to make sure that our leaders are properly trained in identifying a person who was under the influence,” Slater said.

But there’s not a universal way to test people on the job, Porter said. With alcohol, there are breathalyzers and standard measures of being under the influence. A similar device is in the works for marijuana, but currently no agreed-upon measure exists.

“There is not a drug test out there that can measure impairment in either invalid or any other sample matrix,” he said. “So when folks talk about, or when their initiative petition talks about, that an employer could take action if somebody who is under the influence at work, there’s no way to measure that.”

Some workers may still use cannabis for medical purposes. Some cannabis uses are protected under the American Disabilities Act, which employers have to recognize, Kmet said.

“It still doesn’t mean that they can come to work and be under the influence. It just means that (employers) can’t make a blanket statement saying that you cannot use during working hours because you really don’t know,” she said.

Employers should also consider policies for work-related events outside the office, Slater said. For instance, if a company is going to a baseball game, businesses need to consider if it’s OK for employees to drink beer or smoke marijuana.

The largest challenge that employers will likely have to face is culture, Kmet and Slater said. It may take a while for people strongly opposed to marijuana usage to get used to it being legal, they said. And that could come up in the workplace.

Because recreational marijuana has been legal for years in other states, Missouri employers will not need to reinvent the wheel. There are plenty of resources available from those in other states who have had to adjust policies as laws changed, Kmet said.

“Before Missouri legalized marijuana, there were already 19 other states that had legalized it,” Kmet said. “We’re not the first, you know, we’re not breaking ground here. The information is out there.”