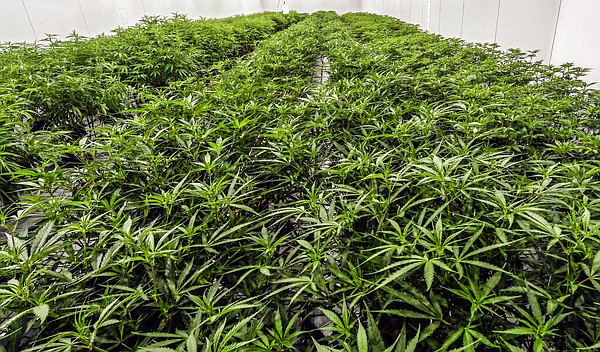 Arkansans spent $23.9 million on medical marijuana in September, putting the state on a record pace for sales this year, according to a report Friday from the Department of Finance and Administration. In total, the state’s 38 dispensaries sold 4,571 pounds of medical marijuana in September, the most of any month this year, selling on average $800,000 of cannabis each day.

Arkansas is on pace to reach at least $265 million in annual medical marijuana sales which would be a record since licensed dispensaries opened in the state in May 2019. So far in 2022, dispensaries in Arkansas sold $205 million worth of medical cannabis.

Natural Relief Dispensary in Sherwood led the state in sales, selling 431 pounds of medical marijuana in September. Suite 443 in Hot Springs came in second at 407 pounds.

The numbers indicate a growing demand for medical marijuana since voters approved a constitutional amendment legalizing it in 2016. So far there are 92,035 people with active medical marijuana ID cards according to the Finance Department.

The Finance Department reported September sales from dispensaries in the state as follows:

The debate over marijuana legalization has become a major issue as the state is set to vote on whether or not to legalize the drug for recreational use in November.

And, on Thursday, President Joe Biden announced he would issue pardons for thousands of people convicted of “simple possession” of marijuana under federal law.

In response, Gov. Asa Hutchinson said that by issuing pardons for marijuana possession Biden “has waived the flag of surrender in the fight to save lives from drug abuse.”

“The Department of Justice should not issue blanket pardons, but each case should be looked at individually,” Hutchinson said in a statement. “As Governor I have issued hundreds of pardons to those who have been convicted of drug offenses. But in this time of rising crime there should a clear record of law-abiding conduct before pardons are issued.”

Legal expert: rescheduling of marijuana by the Attorney General would ‘be huge’