Abcarian: One small cannabis grower's survival plan? To be the best | Turn 420 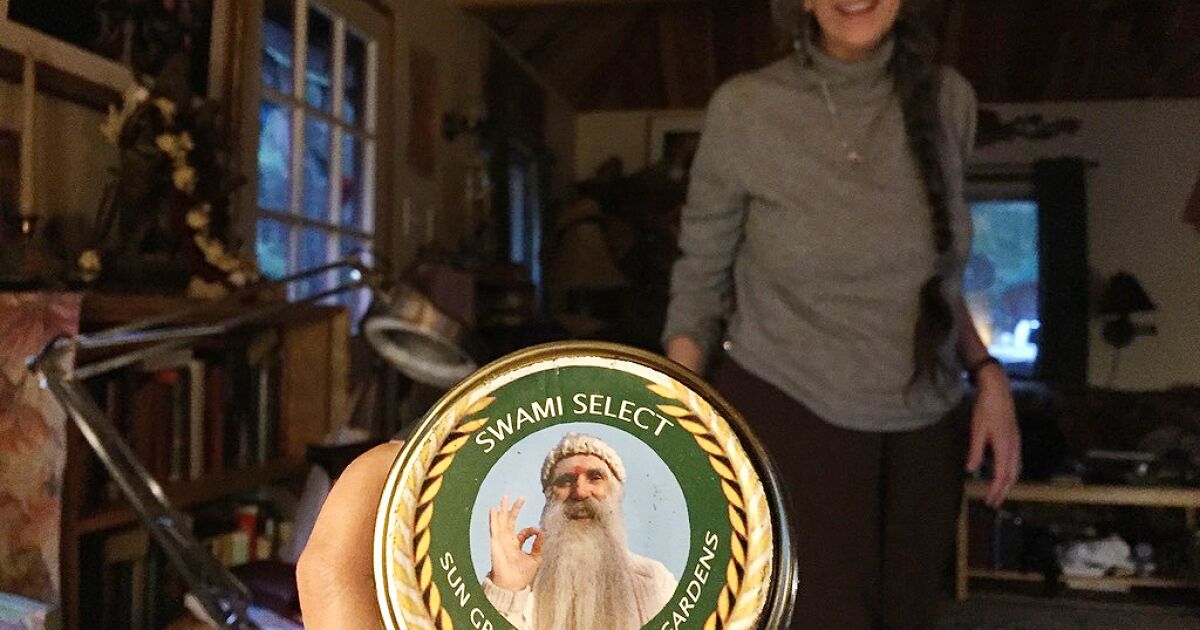 Six years ago, just weeks before California voters legalized cannabis for adult recreational use, I visited a couple named Swami Chaitanya and Nikki Lastreto in a remote part of Mendocino County, where they’ve grown high-quality, organic cannabis for the medical marijuana market since 2003.

We sat in the rustic living room of their sprawling wood home shaded by giant Douglas firs. As we spoke, Chaitanya, who is old school when it comes to cannabis consumption, lighted a joint.

What, I asked, is going to happen to small growers like you after California opens the floodgates to recreational use? Won’t big companies with rich investors drive you out of business? How will you compete?

The couple were optimistic and confident. They had, after all, a great reputation in the industry and their brand, Swami Select, was well known to pot connoisseurs.

“Mass market pot is going to come from greenhouses in places like Fresno,” Chaitanya told me at the time. “That stuff will supply the vape pens. But if you want to survive in Mendocino County, you’ve got to be growing something close to the quality of the best cigars. We have to become the Cuban cigars of pot.”

And not incidentally, the law, if enacted, would be on their side.

Proposition 64 promised small growers like them a five-year head start, once the law took effect in 2018. The state would not license any cannabis farm larger than one acre until 2023. That meant the small farmers of the Emerald Triangle — Mendocino, Humboldt and Trinity counties — who had been growing pot illegally, sometimes for generations, would be able to come in from the cold without fear of losing everything they’d built.

And so, many small growers overcame their doubts and supported the legalization measure.

Turns out, they were right to be skeptical.

“Everybody is getting screwed,” Lastreto told me by phone Monday when I called the couple at home in Bell Springs, Calif., which is about a 200-mile drive from the Oregon border.

In September, The Times began a series called “Legal Weed, Broken Promises,” which examines the many problems bedeviling California’s cannabis industry. It is not a pretty picture.

A toxic brew of onerous state licensing requirements, local building codes and prohibitions, insanely high taxes, the shocking explosion of illegal cannabis and failure of law enforcement to control it has poisoned California’s promise of a legal, well-regulated cannabis industry.

A paucity of licensed dispensaries has led to a cannabis glut, which has led to a dramatic price plunge. Cannabis that used to command $4,000 a pound now goes for between $300 and $600 per pound.

In addition, the law gave every city and county the right to decide whether to permit cannabis operations in its jurisdiction. Those that allow it restrict the number of licenses, which has led to fierce competition among would-be pot entrepreneurs and acts of corruption by public officials up and down the state.

About half of California’s 58 counties forbid any cannabis activity, which has created a paradox, Chaitanya told me. “They’ve made legal cannabis illegal, and by doing so, have totally facilitated the illegal market. Why they don’t get that, I will never know.”

To make things worse for the little guys, the five-year promise of a head start turned out to be a sham. In 2017, the California Department of Food and Agriculture issued new rules that allowed applicants to seek an unlimited number of small-farm licenses, which opened the door to large-scale growers.

“I call this persecution through legalization, and punishment through regulation,” Chaitanya said.

Among the many negative consequences of cannabis legalization has been the decimation of the small farmer class, which had been predicted.

“There is mourning going on for all the people who were part of the industry who are not going to see the Promised Land,” veteran Mendocino County grower Tim Blake told me in 2018, two years after voters approved Proposition 64. “It’s going to be a fight for every small farm and every small cultivator to find a place at the table.”

“About a tenth of the people who were growing then are growing now,” said Lastreto. “Of all the growers in Mendocino — maybe 8,000 to 10,000 — we will probably end up with 100 small, craft cannabis growers.”

Recently, the state has taken a few small steps toward fixing some of the problems.

In July, the Legislature voted to eliminate the tax on growers, which amounted to more than $10 per ounce for marijuana flowers, and to switch collection of a state excise tax from distributors to retailers.

“We’re proud to say we’re surviving,” Lastreto told me. “But we do not make money.”

Chaitanya interjected: “Well, we pay our employees, but we don’t pay ourselves.”

“We do have investors,” added Lastreto, “and they help a lot. Our investors know that whoever rides this wave and gets to the beach is the one that’s going to stay.”

To get to shore, they are trying to innovate.

In December, they plan to launch Club Swami, offering members four-times-a-year deliveries of their unique strains, or cultivars.

“We are going to test the market and see if there are people willing, at a time when they are begging prices to go down, to pay more. These are the connoisseurs who want the best. This is the future for us, to be considered like top-shelf wine from Napa.”

They are also considering creating a line of “vintage cannabis.” (“Instead of calling it ‘old,’” said Lastreto.) On retail shelves, cannabis has a three-month shelf life. When properly cured and stored, it lasts much longer and its chemical composition changes. There is less THC, the psychoactive ingredient in pot, and more cannabinol, or CBN, which is only mildly psychoactive and is believed to have sedative properties. (Not to be confused with CBD, or cannabidiol, a popular, non-psychoactive component of pot.)

“It super-relaxes you,” said Lastreto, who had just harvested 16 plants that morning.

“It smelled so good,” said Chaitanya. “The flowers were so great.”

As California’s legal cannabis market works out its considerable kinks, and small pot farmers are driven out of business, Lastreto and Chaitanya say they aren’t going anywhere. The harvest may not bring in as much money as it used to, they said.

But it still brings an incomparable thrill.