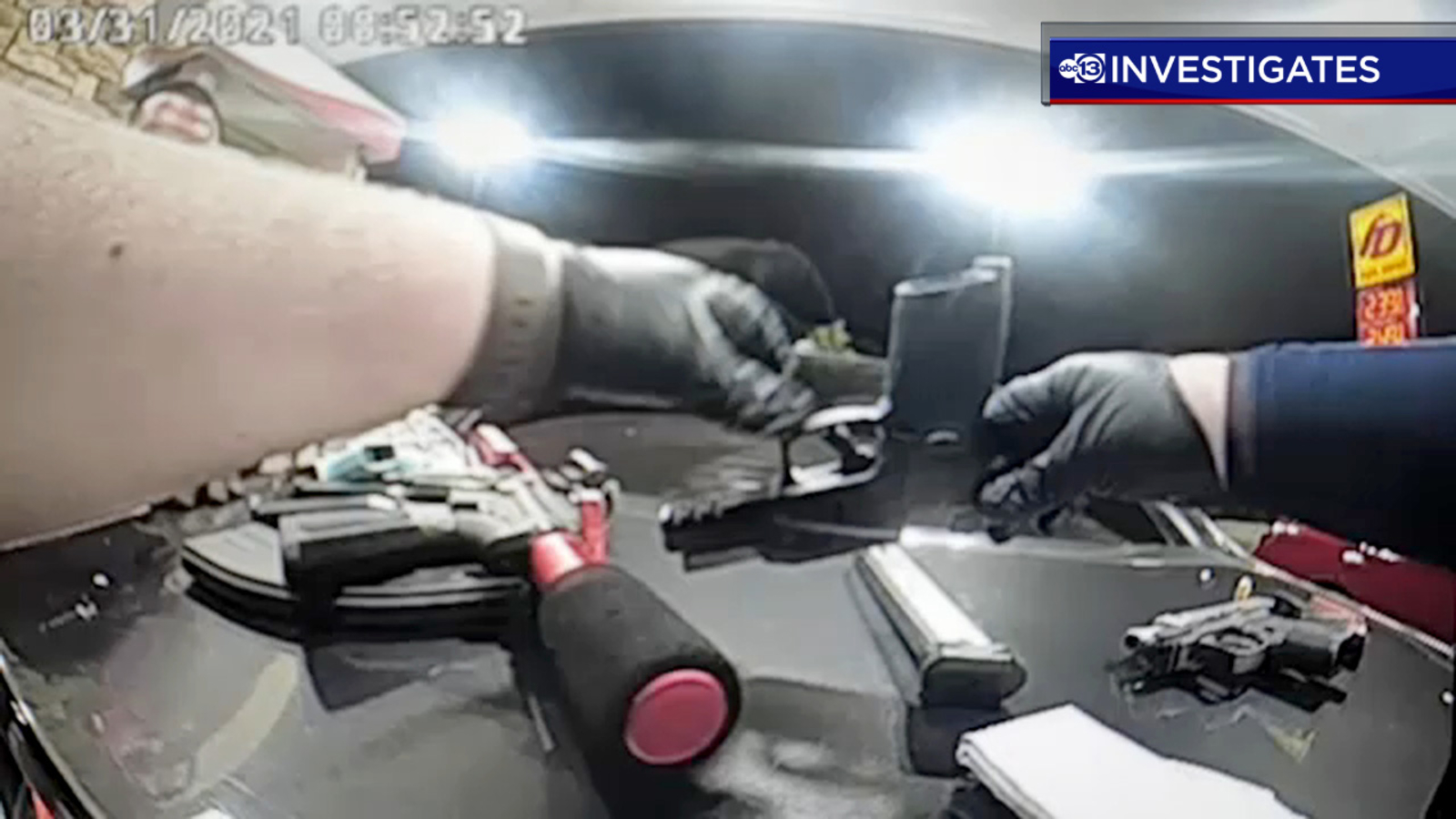 HOUSTON, Texas (KTRK) — The detectives who spoke with DC Cormier after he reported his son missing asked him to sit down. Then they told the Houston father his 20-year-old son, DJ Cormier, was found shot in the head on the side of the road and died March 9, 2021.

“I just went blank,” the elder Cormier recalled. “They told me he was murdered and then I took the detective to the side and I was like, ‘OK, was my son found on the side of the road, like thrown out like he’s trash, like nobody loved him or anything?'”

As painful as learning about his son’s death, Cormier said he is now left wondering if DJ would still be alive if Quishawn Perdue, the person arrested in DJ’s death, was sentenced for previous drug and weapons charges that were dismissed years earlier.

In Texas, carrying a gun while committing any other offense, including possession of marijuana, is considered a crime itself. But a 2019 law made it harder to test if a substance is illegal marijuana or legal hemp, leading to dozens of cases being dismissed every month.

Our investigation found more than 1,100 times in the last three years where police charged suspects with unlawfully carrying a weapon on the streets of Harris County, but a judge tossed the case, sometimes within hours.

“We began noticing the weapons cases that were being thrown out on an almost daily basis,” Ogg told 13 Investigates’ Ted Oberg. “I asked our prosecutors who work the 24-hour courts what was happening. They told me, anecdotally, they believed that the judges were throwing them out because of the probable cause related to the smell of marijuana and the inability of the courts to discern whether the police officer actually smelled marijuana or hemp.”

Typically, if a suspect is caught with drugs, that allows law enforcement to execute a search warrant and also charge the individual with unlawfully carrying a weapon if any guns are found. The weapons are taken in as evidence and is one method law enforcement has used repeatedly to try to get guns off the streets or link them to other crimes.

“The interpretation locally of the search and seizure laws – the constitutional fourth right amendment – here are being interpreted differently than other counties,” Ogg said. “So when an officer uses what’s been probable cause for decades – the odor of marijuana – and finds a weapon in the car, our judiciary appears not to agree with that officer’s opinion.”

The Houston Forensic Science Center told us the problem stems back to a Texas law that went into effect in 2019 and allows hemp farming. Marijuana and hemp are from the same plant species, and while hemp is now legal for farmers to grow, marijuana is still illegal in Texas.

The center said the law made it harder, more expensive, and more labor-intensive for investigators to differentiate between the illegal drug and legal hemp.

Because judges dismiss the drug cases, and that is the basis for the search warrant that resulted in the unlawfully carrying a weapon charge, that charge is also dismissed, Houston Forensic Science Center CEO Dr. Peter Stout said.

By the time Perdue was stopped and arrested on a murder charge related to DJ’s death, it was the second time he had an unlawfully carrying a weapon count dismissed.

“I don’t know the outcome. I don’t know what (my son’s) purpose would’ve been, but I honestly feel that he wouldn’t have been deceased,” DC Cormier said. “I wouldn’t be having to go to visit his grave.”

“Usually, the gun’s found in the vehicle, under the driver’s seat, next to a bag full of marijuana, along with other paraphernalia and stuff like that, that would be in their possession or property,” Blackledge said. “I still don’t understand why they’re just finding the cases ‘no probable cause’ so quickly, or why aren’t we given a chance to test the marijuana before they drop the gun charges and we have to give criminals back guns.”

Whenever a case is dismissed, Ogg said the offender can petition to get their gun back. For repeat offenders, that means guns are temporarily taken off the streets multiple times and then returned after the charges are dismissed.

“The concern that I have is that guns are being sent back out on the streets through the same revolving doors that we see violent offenders and during a time when gun violence is at a zenith. I’m just incredibly concerned and a bit disheartened that for all the work law enforcement is doing, sometimes it seems that our results just don’t reflect any of that, because the cases have to be dismissed,” Ogg said.

Ogg said she isn’t interested in prosecuting marijuana cases, but instead getting guns off the street.

“The idea was seize that contraband and send people in possession of under four ounces to a class, and we’ve done that thousands of times, and public safety hasn’t been impacted,” Ogg said. “But when the marijuana is coupled with possession of a weapon, especially if it’s by a felony offender who’s already been convicted, we are interested in that gun case and in stopping that felon’s carrying of that weapon, and we do that by seizing the weapon and jailing the felon.”

Under local interpretation of state law, Ogg said marijuana has to be tested to ensure it is the drug and not legal hemp. Because the labs can’t keep up, the charges are often dropped.

“It is a real concern and there is no earthly way I could turn around a marijuana result in the basically 24 hours that stuff is going through the courts, even if I didn’t have a backlog, and right now, I’ve got a backlog that puts me out at about 60 days turning something around,” Stout said.

Returning the weapon back to the accused also means the lab can’t test that gun to see if it was used in other crimes.

Ogg said lawmakers should provide more clarity in cases where someone is stopped with both marijuana and a weapon.

“I want to get that gun off the street, even if it’s for 24 hours and while it’s incredibly frustrating to law enforcement, the answer is to fix the problem,” Ogg said.

Have a tip? A problem to solve? Send a tip below. If you don’t have a photo or document to include, just hit ‘skip upload’ and send the details. (On mobile? You can open our form by tapping here.)