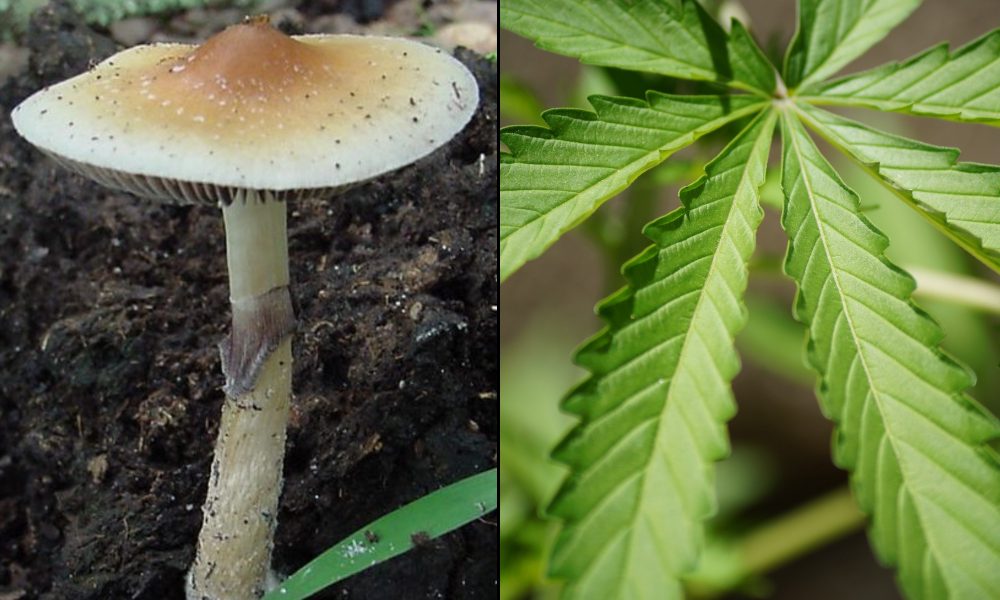 Voting is now open for the public to decide which panels will make the stage at next year’s South By Southwest (SXSW) festival—and there are about 100 marijuana- and psychedelics-related proposals to pick from.

Drug policy topics have become a consistent feature of the Austin-based event in recent years as more states have legalized cannabis and moved to reform laws around psychedelics like psilocybin locally and at the state level.

There are specific SXSW cannabis and psychedelics “tracks” to sort through, unlike last year when the topics were interspersed on the panel picker. Under the cannabis category, there are 61 options. For psychedelics, there are 32 proposed panels. There are also several other panels not categorized under those tracks that pop up when searching for related keywords, as well as some for the related but separate SXSW EDU event.

The SXSW PanelPicker voting period to help determine which panels will appear at the March 2023 festival started on Tuesday and ends on August 21.

Here are some examples of the marijuana panels that voters are able to select from:

Which Political Party Will Legalize Weed?

Reps. Earl Blumenauer (D-OR) and Nancy Mace (R-SC), key congressional allies in the federal legalization movement, would speak at the panel about their mutual interest in ending prohibition while taking differing approaches to the issue. Andrew DeAngelo, president of DeAngelo Brothers Productions, would moderate the conversation.

Green or not? Is cannabis actually

This panel would focus on the unique environmental impacts of the often energy-intensive cannabis industry and the role regulations could play in promoting sustainability. Politico’s Natalie Fertig would moderate the discussion, with panelists including a D.C. environmental regulator and Resource Innovation Institute Executive Director Derek Smith.

Council for Federal Cannabis Regulation Executive Director Sarah Chase would speak about “the nature of Current Good Manufacturing Practices (CGMPs),” the panel description says. A main focus would be the need for industry standardization and the role of the Food and Drug Administration (FDA).

Kema Ogden, the first Black woman to own a cannabis dispensary in Nevada, would moderate a conversation with three other leading Black female figures in the marijuana industry. The panel would center on the evolution of cannabis policy in the U.S., as well as efforts to promote social equity in the market.

The proposed panel would feature former NFL player Ricky Williams and other industry figures who would speak to how celebrities and athletes have influenced mainstream understanding and acceptance of cannabis culture. The discussion would be moderated by Forbes’s Lindsey Bartlett.

Here are some psychedelics panel options:

IP & The Rights of Plant Medicine

This panel would explore topics such as the ethical implications of psychedelic-based drug development and patenting, as well as the debate over producing and marketing natural versus synthetic psychedelics. MAPS Public Benefit Corporation CEO Amy Emerson and STAT News investigative journalist Olivia Goodhill would be among the panelists.

Psychedelics in the Healthcare System

For this event, panelists such as MAPS researcher Dorna Pourang and attorney Matt Zorn would talk about “the state of psychedelic therapy, the challenges and opportunities ahead, and how the medical system will make room for psychedelics.”

As research on the therapeutic potential of certain psychedelics expands, there are looming questions about where the pharmaceutical industry might fit in—and the possible corporatization and consolidation that could come with that. VICE’s Shayla Love and Psychedelic Alpha’s Josh Hardman would be among those participating in the panel to discuss the issue.

MAP’s Doblin, longtime cannabis industry figure DeAngelo and TRIPP CEO Nanea Reeves would have a conversation about the intersection of “virtual reality technology, psychedelic treatments, and psychedelic ceremonies” for this panel.

These are just a few of the nearly 100 drug policy panels up for consideration for SXSW 2023. After the votes are submitted and the panels are reviewed by event staff and an advisory board, the selections will likely be announced by the end of the year.