Will social equity in Illinois live up to the hype? | Turn 420 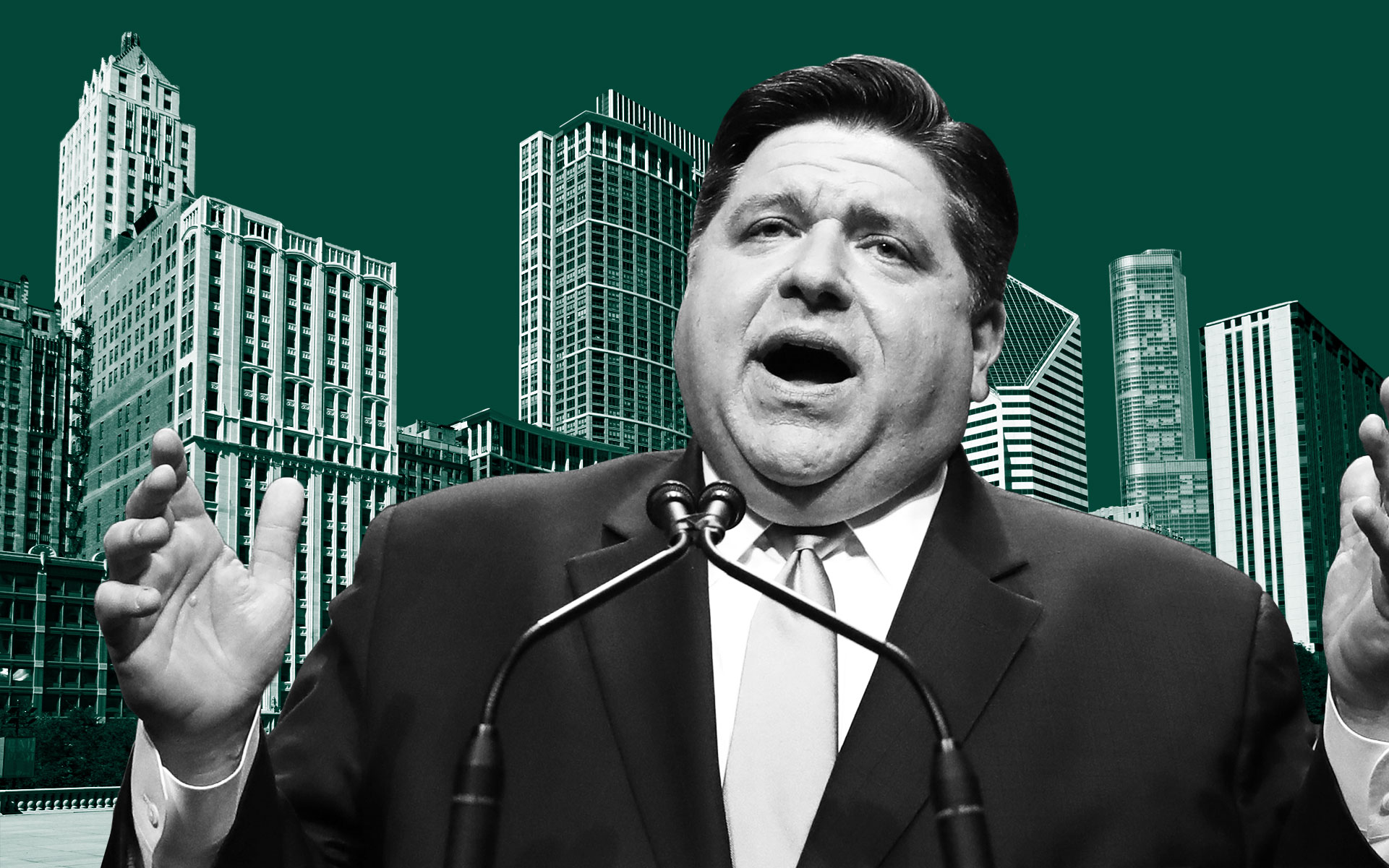 The road to social equity in Illinois has been long and full of legal drama.

By July 2021, another cannabis bill was signed in Illinois. This time, to address something not so dazzling. With zero minority-owned dispensaries in operation, Illinois business owners had to lobby for change in the form of HB1443, a set of equity-focused laws that changed the scoring criteria for social equity and would add over 100 new licenses.

But thirteen months and many lawsuits later, Illinois still has no active dispensaries operated by independent owners meeting the traditional definition of a social equity applicant – leaving many to wonder what happened to the big ideas that Illinois’ government officials were touting in 2019.

In America’s third-largest metro area, where nearly four out of every ten residents are either Black or Hispanic, the fight for cannabis equity feels especially critical.

According to industry insiders and applicants, what’s happened between now and last July in Illinois exemplifies the obstacles cannabis equity faces everywhere: delays, opaque policies, lawsuits, and a painful lack of promises kept by local officials.

Soon after Governor Pritzker signed HB1443, lawsuits were filed by applicants alleging issues with the scoring process. Many complainants said their applications were unfairly excluded from resident and veteran ownership status.

In August 2021, a judge pressed pause on the licensing process until the court could resolve its scoring complaints. Though the state would be allowed to create licenses, it couldn’t award them – even to the 75 recipients already designated for a license in the original 2020 round.

“It was incredibly frustrating, especially for teams like us,” said Akele Parnell, CEO of 11th Level Inc. He formed 11th Level with a local team to apply for retail and cultivation licenses in Illinois. But even his previous experience in the cannabis industry as corporate counsel for Green Thumb Industries (GTI) didn’t make it easy.

“We had to bootstrap everything. We didn’t have the money to just hang around for two years to figure it out,” continued Parnell. Fortunately, his team found a real estate company willing to accept a piece of their future business in exchange for cultivation space. But not every applicant was so lucky.

Four rounds of licenses (149, 28, five, and three) were awarded between July 22 and August 19. And now, all 185 licenses have now been awarded to social equity applicants as defined by the state’s Cannabis Regulation and Tax Act (CRTA).

But due to a year of legal limbo plus pandemic-related uncertainty, the push for cannabis equity in Illinois still has a lot of ground to recover.

“Many applicants have lost funding during COVID and the licensing delay, and it is on Illinois to ensure those companies don’t fail,” said Douglas Kelly and Peter Contos, directors of the Cannabis Equity Illinois Coalition, via an emailed statement.

License recipients who don’t already have a physical space have to find a location and make sure it has been cleared by the location’s local municipality to run a cannabis business.

They have 180 days from the date their license was awarded to secure physical space, a process that can be challenging due to the quasi-legal nature of the industry.

Not everyone now allowed to enter the cannabis business still wants to. Some reports have emerged of awardees selling part or complete ownership of their licenses to outside investors for millions of dollars in cash or stock.

These buyers are often connected to large MSOs looking to expand their portfolios, and unfortunately, this situation isn’t unique to Illinois. Similar deals have happened in Arizona, California, and other states with recreational cannabis and social equity programs.

In many (but not all) cases, these deals are predatory, designed to muscle out small license holders who don’t have hundreds of thousands in startup capital.

“It’s almost impossible to find financing and maintain control,” said Parnell. “Many investors don’t want to invest that much money in a business unless they control the whole thing.”

Pushback from within the industry

Along with shoddy deals, there’s also one of the state’s most controversial rules for equity licensees to contend with: the square footage limit for craft cultivation licenses – the only type equity applicants can receive.

Craft growers can start with 5,000 square feet and are allowed to expand up to 14,000, but only in increments of 3,000 and with approval by the state Department of Agriculture. Smaller grows means compressed margins, which are a serious problem for a business that requires hundreds of thousands of dollars to even start running.

“Illinois only allows Social Equity Applicants to grow very small amounts of cannabis,” added Kelly and Contos. “Many of them cannot be profitable under the current parameters.”

But when advocates lobbied to increase the initial craft grow canopy to 14,000 square feet, there was pushback from within the cannabis industry itself.

“All the social equity advocates supported it, and we faced opposition to that from the Cannabis Business Association of Illinois…they were afraid we would just go sell to outside MSOs, and they didn’t want the competition…so they opposed it, and the bill did not pass,” explained Parnell.

In a publicly released statement**, the Cannabis Business Association of Illinois (CBAIL) clarified that it didn’t support the proposed legislation “because it does not allow discretion or provide protections to ensure that the benefit of this proposal actually goes to the Black and Latinx businesses for whom this category of licenses was intended.”

Despite its sticky industry problems, Illinois can still be a shining beacon of cannabis equity in the United States. Governor Pritzker has shown a commitment to cannabis justice through the expungement of over half a million cannabis convictions and numbers showcasing the diversity of Illinois’ licensing lottery look promising.

On August 19, 2022, a press release from the Illinois state government stated that: “Of the businesses selected through the [licensing] lottery, 41% are majority Black-owned, 7% are majority White-owned, and 4% are majority Latino-owned, while 38% of awardees did not disclose the race of their owners.”

There are also plans in place to offer loans specifically for social equity applicants under the state’s Department of Commerce and Economic Opportunity (DCEO), though applications are currently closed. Still, many people see the creation of a fund for cannabis businesses as a step in the right direction.

“The fact that at the state level we’ve got an agency that has collected funds to then go towards supporting social equity businesses is really novel,” said Victoria Mendicino, head of Government Affairs at Illinois-based multi-state operator (MSO) Revolution Global, via phone. “I think we’re really well-positioned to make some meaningful changes to the makeup of the industry.”

The future of cannabis equity in Illinois

Moving forward, social equity applicants (in Illinois and elsewhere) will also have to find ways to get technical and operational training, so they have a chance to sustain their businesses and abide by strict state laws.

Some companies like Revolution Global are eager to help independent social equity applicants launch and run successful businesses, and the advocates from the Cannabis Equity Illinois Coalition agreed on the importance of training and education, too.

“Adult-use cannabis is a highly regulated industry, and Illinois must provide support in navigating compliance. The State should provide best practices education to applicants to ensure that entrepreneurs are positioned to be successful.”

Then there’s just one more teensy problem that (arguably) plagues every industry in western capitalism: political influence in legislation.

“For too long in Illinois, policy has been shaped by what the MSOs and medical operators want. We need concrete reforms from our legislators that we’ve already made clear. We need legislators to sit down with the leading social equity advocates and organizers and craft policy based on those recommendations and act.”

Action by legislators to reform cannabis law and support the state’s 185 social equity licensees will ultimately determine whether Illinois embraces its potential as the nation’s most diverse cannabis industry.

Hopefully, it doesn’t fall victim to the empty promises and corporate predators that plague so many other states.