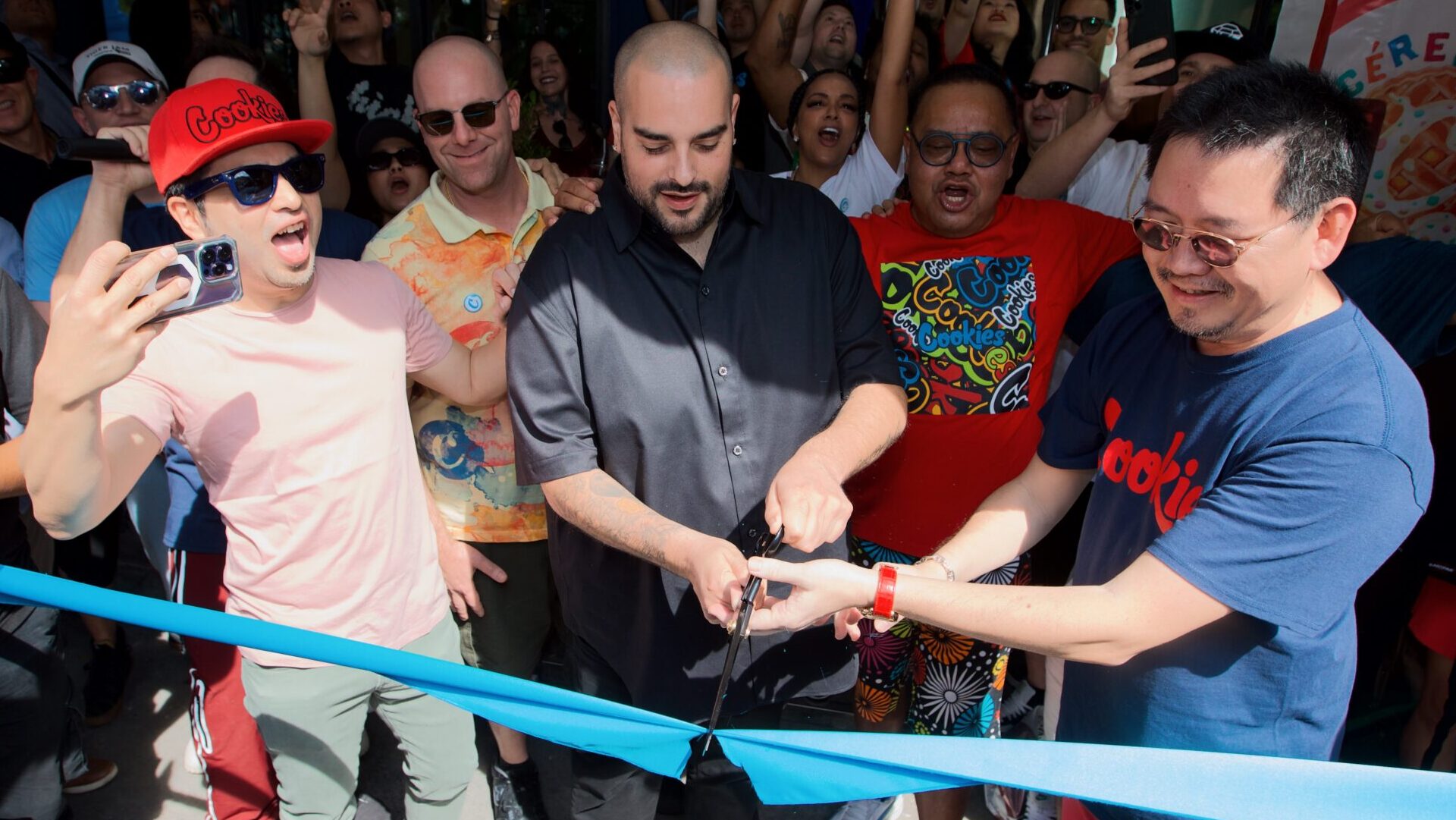 At the Cookies grand opening in Bangkok, Thailand over the weekend, Leafly hung out with locals, tourists, and operators to see how the country became a leader in Asia’s cannabis revolution.

The new cannabis shop is Cookies’ 58th storefront and makes Thailand the sixth country on the brand’s global roster. The opening also signifies a milestone for the mainstreaming of cannabis in Asia, where many countries still harshly prohibit the plant— the times appear to be changing quickly.

The Cookies Bangkok store now welcomes all adults 20 and older with valid local IDs or  passports. After cannabis was removed from Thailand’s narcotics list in June of last year, thousands of unlicensed stores and dozens of legal ones sprouted to meet demand. Medical marijuana was first legalized at the end of 2018, but regulations and wide-scale supply chains are still in the works.

For now, growers, trappers, and tokers are freely enjoying a golden era of cannabis access, variety, and quality. Behind the smoke, Thailand’s Parliament is working quickly to introduce legislation that will regulate the cultivation, sale, and consumption of weed, which could shut down the gray market as soon as 2024.

Cookies partner Josh Schmidt, who serves as vice president of California-based cultivation company Natura and is the co-founder of Dee Thai THC-infused gummies, drew inspiration from Thailand’s cannabis culture throughout his life. Dee Thai’s gummies come in a range of natural fruit flavors native to Thailand. Schmidt said he envisions the Cookies Thailand store as a “United Nations” of cannabis for the future, where flocks of smokers from around the world can gather and get high. He plans to open four more stores in Thailand in the coming years.

During the historic weekend in Bangkok, Leafly visited stores and talked to locals and tourists to learn how Thai’s legacy pioneers and activists made the country’s thriving medical and gray markets possible. Keep scrolling to see why patients, growers, and US weed giants like Cookies and Natura are eager to share in the rich history of Thailand’s cannabis community as they look forward to its bright future.

When did Thailand legalize cannabis?

In 2018, Thailand became the first south Asian country to legalize cannabis when it approved a new medical program. South Korea, Lebanon, and Israel are the only other Asian countries with some sort of medical access at the moment. By contrast, many Asian nations still have harsh penalties for possession, cultivation, and distribution. For example, cannabis trafficking in The Philippines and Malaysia is reportedly punishable by death, though Malaysia is now working to establish a medical program.

Cookies Thailand is located at 51 / 2 Soi Ruamrudee, Lumpinee, Pathumwan, Bangkok 10330. You can learn more at cookies.co or on the store’s Instagram page. In addition to meeting the age requirement of 20 and having a valid form of identification, local laws state that visitors cannot be pregnant. Though Thailand’s laws only permit medical dispensaries, vast demand and supply for the plant has led to a gray market that basically serves all adults.

Thailand has long been famous in weed circles globally, thanks to landrace strains like Thai aka Thai Stick, which grew popular stateside in the 1950s, 1960s, and 1970s along with popular descendants like Chocolate Thai. US soldiers stationed in Vietnam and other Asian countries were infamous for smuggling cannabis and other prohibited plants back into the states. Thai Stick was one of the most popular exports, even earning a shoutout in Cheech and Chong’s infamous 1978 stoner comedy Up In Smoke.

Delayed since August, the Cookies opening was made possible by a number of partners. The shop is not owned or financed outright by Cookies. Instead, longtime Berner associate Josh Schmidt turned his personal ties to Thailand and the knowledge he gleaned as Vice President of California company Natura into a dream scenario.

“This store is beautiful and we are grateful for our partners on the ground in Thailand who helped make this possible,” Schmidt said at the opening, alongside Cookies VIPs like Luka Brazi and Alexis Major, aka Mr. and Mrs. GUMBO. Cookies co-founder Stinje was also on hand. “Thailand is an incredibly unique place full of incredible culture, and opening up a Cookies store with the support of the country of Thailand, I am grateful for,”  Schmidt told Bangkok reporters on day one. “I hope Bangkok is ready for an exclusive menu of fire genetics,” Schmidt added.

Changing a long history of prohibition and cultural stigma

China, Saudi Arabia, Malaysia, and Russia have some of the harshest penalties for cannabis, including death, long-term imprisonment, and corporal (physical) punishment. Thailand’s recent adoption of cannabis is improving the perception of cannabis in Asia and helping it become more mainstream.

In 2018, Thailand became the first country in Southeast Asia to legalize medical marijuana, and the plant was decriminalized in June of 2022. The country’s first full-time medical cannabis clinic opened in Bangkok in January, 2020, but much like New York City, a gray market of unlicensed stores quickly cropped up across Thailand. There are now thousands of unregulated stores throughout the country, which has a population of 71.6 million—nearly twice as large as that of California.

What’s it like to visit a weed dispensary in Thailand?

Some dispensaries give workshops on rolling joints and brewing “weed tea.” There are also “yoga on high” classes, where a joint, beverage, and snack are included with the price of admission. Signature Cookies strains like London Pound Cake and Girl Scout Cookies were on sale for $27 per gram USD. The most affordable strain is locally-engineered Thai Loy, which costs about $15 per gram, on par with most local menu prices.

Can you grow good weed in Thailand?

Thailand’s tropical climate isn’t ideal for growing all strains outdoors, but some sativas are known to thrive in the environment. There are also a number of indoor growers on the scene. The Cookies store was originally working to import cannabis from its supply chains in Canada or Israel, but chose instead to partner with domestic operators like Sukhumweed Industries to source products. The company’s founder said he wants to protect the budding Thai market from foreign dominance. We saw a number of impressive cultivation and retail operations that would make smokers in many legal US states jealous.

Classic US trains like Jack Herer and Strawberry Cough are available in Thailand, along with landrace strains like the original Thai aka Thai Stick. Local smokers on the ground told Leafly there’s also a surplus of bootleg American brands like Cookies being sold in counterfeit bags. As for Cookies merch and cannabis sold in the nation’s gray market dispensaries, the company doesn’t mind bootleggers. They chalk the infringement up to free brand awareness.

To mark the store’s grand opening, visitors were invited to take photos with a Cookies-branded Tuk Tuk (three-wheeled taxi) in front of the store.

What’s up with weed delivery in New York?